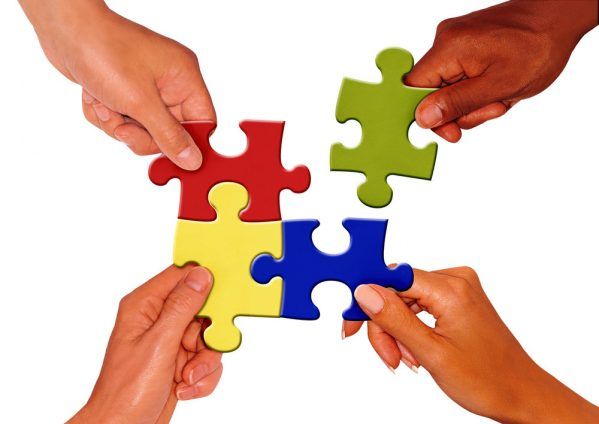 Speaking ill of journalists is an ever more widespread habit. Insulting them, treating them badly, scorning them. And threatening them. Going as far as forcing newspapers to close down by cutting government grants to their publishers (an idea from the 5-Star Movement component of the Government, without any discussion between publishers and journalists, and without any thought of an organic reform of the sector). Then comes news of a tragic event, the assassination at the hands of a terrorist of a young Italian journalist, Antonio Megalizzi. And all those who cherish culture and civility are driven to reflect upon his ideas and the words spoken every day through the Europhonica programme via the microphones of the radio station for which he worked in Strasbourg: Europe, democracy as a dialogue, the values which have inspired, and indeed across a thousand boundaries continue to inspire European integration. The ideals of a good journalist, precisely. Entirely the opposite of the vulgarities which run rampant through other media every day against the EU. If anything, an example of the attentiveness towards a civilised co-existence pursued untiringly, for a confrontation with other cultures humiliated by the revivals of racism, and for a democracy which is not simply reduced to a “push of a button”, to a vindictive consensus, or to the banality of a like. And for information as a means of searching for truth and responsibility.

The work of Antonio Megalizzi was a breath of fresh air of intelligence, in a quest to avoid “the night time of Europe”. An emptiness, its demise. In an attempt to prevent this, it might be useful to adopt the proposal of the rector of Trento University, supported by other Italian rectors, to give Europhonica a new life as a multilingual student radio network.

We know that Megalizzi possessed a solid, passionately European culture. He had extensively read the writings of the founding fathers of Europe, starting with the “Ventotene Manifesto” written by Altiero Spinelli and Ernesto Rossi. Also, Norberto Bobbio’s lesson about the relationship between liberal democracy, well-being and the construction of Europe. The chronicles of the experiences of the nine million youngsters who, during the thirty-year life of the “Erasmus” programme, have studied, experienced, and felt directly the fascination of a closely-woven system of relationships in Europe as a vast communal point of reference.

From a young journalist to a highly-experienced banker. There is an echo of the same basic values in the words which Mario Draghi, President of the ECB (European Central Bank), spoke a few days ago in a lectio magistralis at the Sant’Anna Further Education College of Pisa: about the past and present of Europe, a better communal destiny to be constructed in the face of the rhetoric of the sovereignists and in defence of the Euro, the currency for growth and for fairer social stability.

“This Europe – said Draghi, in front of an audience of students and teachers – was an exceptional response to a century of dictatorships, of warfare and of misery”. And the monetary union, “a necessary consequence of the single market”, has become “an integral part of the political project for a Europe united in freedom, in peace, in democracy, and in prosperity”. An indication which is also valid for the future, “whilst in the rest of the world the fascination for illiberal recipes and regimes is gaining traction”.

That’s the point. Responsible freedoms against the “illiberal regimes”, whose shadows are flickering across Europe itself, with the propaganda of the sovereignists, swathes of rhetoric, and zero efficiency in terms of the quantity and quality of economic and social development.

The Euro is twenty years old (it was born, as the common currency, at the beginning of January 1999, and began circulating effectively in the first twelve countries of the Union on 1st January 2002). It has survived through uncertainties and constraints, of which Draghi is well aware and which he attributes to “nationalistic policies” and “incompleteness” within the monetary union itself, which has nevertheless been a “success”. And a factor of stability. Also, notwithstanding the nationalistic propaganda, it has actually been the Euro which “has allowed various countries to reclaim monetary sovereignty, compared with the regime of fixed parities in force in the EMS”, the European Monetary System, given that “the relevant decisions of monetary policy were previously taken in Germany and are today shared by all the participant countries”.

What about leaving the Euro, as preached by sovereignist rhetoric which has long been dear to the hearts of the yellow-green Government, and a key principle of the electoral campaign of the League and 5-Star Movement even though it was subsequently side-lined? An error. Without any economic or social advantage whatsoever.

Draghi is a man of facts and figures: from the launch of the EMS the Lira was devalued seven times, between 1979 and 1992, “and whilst Italian productivity was lower than that of the 12-member Euro average and GDP growth was more or less the same, the level of employment stagnated” and cumulative inflation surged “to unsustainable levels”, to 223% compared with 126% for the 12 member states of the Euro. The Lira was therefore a factor of weakness for the economy. As for the growth during the Eighties, considered today as a positive factor by so many of the people who preach a return to the Lira, it is worth remembering that “it was borrowed on the back of indebtedness left to weigh on the shoulders of future generations”. As for the clamour for borrowing, here is another warning from Draghi: “The monetary financing of the public debt has not produced benefits over the long term”.

What we need instead are structural reforms, not unproductive public expenditure.

“Proud to be Italian”, is how Mario Draghi, the European banker, described himself, as he spoke with the students of the Sant’Anna College. Proudly Italian and European, is how Antonio Megalizzi felt. It is worthwhile keeping note of and upholding the memory of this rich and complex identity.