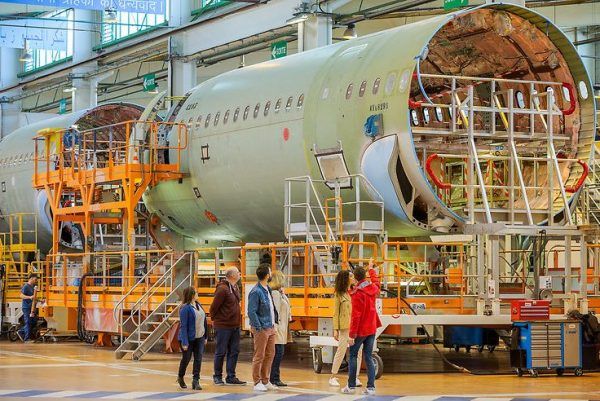 Factories possess a memory that is surprisingly relevant. Italian businesses know this full well, which is why, nearly 20 years ago, a number of them got together to launch Museimpresa. The initiative, backed by Assolombarda and Confindustria, was born of the idea that factories are the physical and mental places where the past meets the future, and where business culture, permeated with history and innovation, is a crucial asset for competitiveness.

Recently, this idea has also been held with growing conviction by businesses in France, where in 2018 alone more than 15 million people visited over 2,000 production sites. On 2 January, La Stampa noted that 94% of businesses patronised by ‘industrial tourists’ are SMEs, and 60% are food companies, many of them shops and places for tasting products. This is where the value of discovering the ‘culture of production’ meets the pleasures of the palate and high-quality food. Naturally, the list of attractions includes big businesses like EDF’s power plants, the automotive plants of Renault and PSA (Peugeot and Citroën) and the aerospace giant Airbus. Then there are historical factories like Manufacture Bohin, which still makes its special needles in the 19th-century buildings where its history began, and which now also house the company’s museum. The number of French people showing an interest in manufacturing appears to be on the rise, up 25% from 12 million in 2012. In fact, Routard has even begun reprinting its famous guide dedicated to the industrial sector.

All this attention reveals a new underlying awareness, both cultural and economic. At a time of crisis for aggressive capitalism and the kind of neoliberalism built on questionable financial tactics, a paradigm shift towards more sustainable and balanced development must be built on the real economy, on production work that combines quality, innovation and social responsibility. In other words, factories, as a place of productivity and inclusion.

France’s interest in industry is firmly backed by its government’s actions in terms of economic and industrial policy. French policy-makers hope to increase the contribution of industry to the country’s GDP, now at a measly 12.5%, in order to quickly reach the 20% goal set by the European Commission, well aware that Germany – Europe’s leading manufacturer – is already above 20% while Italy stands at 17% on average, with peaks of 25% in the more industrialised regions of Lombardy, Emilia-Romagna and the north-east.

The problem in Italy, unfortunately, is that while companies are doing everything in their power to invest, grow, innovate, acquire new market shares and transform according to the sustainable paradigms of a competitive green economy (as confirmed by the latest Symbola report), the recent ‘yellow-green’ and ‘yellow-red’ governments have fallen hostage to a pervasive anti-industrial, anti-enterprise and anti-innovation spirit, championed by the most numerous party in parliament, the Five Star Movement. Therefore, hindered by an adverse economic climate and politicians who are indifferent if not downright hostile to industry, our companies find themselves struggling, and are forced to cut back on investments, thereby losing ground against increasingly aggressive international competitors. However, it is impossible to conceive of a future of jobs, reforms, high quality of life, and new waves of investment in welfare and the environment, without assigning a primary role to the industrial sector. It is therefore high time for Conte’s government to fully own up to this reality and provide the country with solid industrial policies, rather than empty words.

Companies, for their part, are doing what they can, by working and innovating. They are opening themselves up to the public, well aware that transparency in production processes strengthens the bond with the customer base and facilitates that necessary shift from a culture of shareholder value (which focuses on the company’s profit and stock market performance, important but not paramount) to a culture of stakeholder value, which foregrounds the interests and values of workers, consumers, suppliers and residents of the areas where the company operates (a topic we have tackled many times on this blog). The framework is that of a ‘fair economy’, circular and civil (an economy with an eye on the civitas, to paraphrase noted economist Stefano Zamagni).

Open factories, social and environmental sustainability, the rebuilding of trust between businesses and civil society, an idea of the manufacturing sector as one where new generations can look for professional and personal growth. In this regard, it is worth highlighting the growing success, in terms of interest and participation, of a series of initiatives we wrote about recently: the Settimana della Cultura d’Impresa (business culture week) organised by Museimpresa and Confindustria, the PMI Day (SME day) sponsored by Confindustria’s Piccola Industria (on which 1,300 factories were opened to 46,000 young Italian people), and the OpenFactory events created by ItalyPost and Corriere della Sera‘s L’Economia magazine, which saw 50 sites opened to the public on Sunday, 24 November, with more than 22,000 participants from Emilia, Lombardy, Friuli and the Veneto (including at the Campodarsego factory of Carraro, a maker of high-tech components for tractors that are in high demand all around the world), as well as many areas of Central Italy. The regional government of Piedmont also organised ‘Fabbriche aperte’ (‘open factories’) in early November, where over 8,000 people visited 120 companies (particularly successful were those in the agri-food sector). Finally, the last weekend of November saw ‘Manifatture Aperte’ (‘open manufacturing’), organised by Milan council to celebrate the return of manufacturing to the city, with ‘fab labs’ and start-ups. A melting pot of popular interest in our firms and their role as key players in development. They represent industrial tradition, digital economy innovation, and expertise from craftsmen and machines; a culture of skills. All are linked by one basic idea: revitalising school-work programmes and, moreover, showing our youth that a good factory, efficient and sustainable, safe and inclusive, is a blend of knowledge, innovation and culture, and a great place to build a life and a career.

Within this framework, the French model for rekindling public interest in the industrial sector can only serve as a stimulus for Italy’s business world to do more, and better. Let us hope that our government and politicians will too, finally, play their part, with responsibility and foresight.