The GreenItaly Report from Symbola: Italy’s leading roles and the advantages for more sustainable and innovative companies 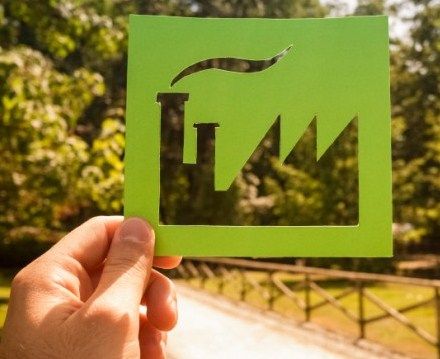 Being a green company makes sense, and not just because – naturally – it’s good for the environment and the communities where the business operates. It also makes sense because being green helps stimulate innovation, improves working practices and can open up demanding and sensitive markets. In other words, being green makes you more competitive. Lombardy, one of the industrial motors of Europe, is the Italian region most influenced by the green economy and also the most “sustainable”. These considerations are highlighted in the new GreenItaly 2018 Report from the Symbola Foundation and UnionCamere. The report is the ninth in the series and was presented last week in Milan at the Assolombarda business association. The findings further reinforce the growing interest in topics concerning the relationship between sustainability and competitiveness, the protection of and appreciation for the environment and the strengthening of the mechanisms of economic development. With one special characteristic: in a European context, Italy occupies a leading position in terms of its national system (energy, waste collection, etc.) for eco-sustainability, notwithstanding the numerous and at times outrageous instances of environmental and social neglect. In difficult times, with a fragile economy and darkening social tensions, the positive data regarding the green economy provides us with a glimpse of a more optimistic and hope-filled future. We will take a look at the data below.

In Poland, the global UN Climate Conference (Cop24) has been in progress since 14 December, with 30,000 delegates from all over the world locked in an extremely difficult debate on what decisions to take in order to help avoid exacerbating the alarming pollution-related phenomena currently unfolding and the devastating effects of climate change. The hostility of Trump’s USA to the reconfirmation of the Paris Agreement and its  “sustainability goals” means that the content of the international discussions taking place is particularly tension-filled. At the same time, regardless of these international agreements, there is fortunately also a growing social and economic interest in environmental matters. And it is the world of European companies that could play an important role not only in terms of cultural stimulation, but also by setting an example of virtuous behaviour.

ENEA (the Italian National Agency for Energy Efficiency) last week presented the results of the “Italian Platform for the Circular Economy”, involving 60 different stakeholders, including businesses, institutions and NGOs. Also last week, Confindustria presented a “White paper for efficient development with renewable energy sources” (in collaboration with EY and RSE). There are more and more debates and initiatives springing up centred around this issue. And the most dynamic companies have moved past the old CSR  (Corporate Social Responsibility) frameworks and are thinking in terms of sustainability, both in environmental and social terms (in many companies the conventional CSR report has even become part of the actual balance sheet of the company). The “paradigm change” forced on us by the economic crisis in favour of a more balanced economy (we have spoken about this matter several times in this blog over the years) is turning into a radical modification of the mechanisms of production, distribution and consumption, affects all areas of innovation, and is closely linked to analyses and choices related to smart cities (and consequently also smart citizens and all the aspects of the sharing economy and “shared assets”). .

These are the issues which form the cultural background to the GreenItaly Report, from which it is worth highlighting some key pieces of data. From the 2014 to 2017 data and forecasts for 2018, we see that 345,000 Italian business from manufacturing and services (a quarter of the total) have invested in green products and technology to reduce their environmental impact, save energy and restrict CO2 emissions. This green economy accounts for 3 million green jobs (positions which require “green” skills), 13% of overall employment in Italy. And this figure is experiencing an upward trend. Unioncamere expects demand for green jobs in 2018 to reach 474,000 working contracts, including energy engineers and technicians, biological farmers, “green acquisitions” experts, mechatronic technicians and installers of thermal machinery with low environmental impact. Green jobs are particularly plentiful in manufacturing: staying competitive with niche, value-added products on international markets requires not only quality products and production, but also sustainability. And a “beautiful factory”, meaning well-designed, full of light, safe, efficient and with a low environmental impact and a high level of social inclusion (another thing we have spoken about on numerous occasions) is the perfect place for Italian industrial capacity to develop and further enhance its global reputation.

The Lombardy region has a leading position, with 61,650 companies which either have invested or will invest by the end of the year in green technologies. With 123,380 green contracts agreed upon by their companies for 2018, more than a quarter of the nationwide total, Milan, Brescia, Bergamo, Monza and Brianza are sites of excellence in a region which also takes first place at a regional level for the number of agreed or planned contracts this year.

Greener, and more competitive. In fact, the Symbola Report explains that the companies which are part of this “GreenItaly” enjoy a dynamism on foreign markets which is far superior to the rest of the Italian system of production: with specific reference to manufacturing companies (with 5 to 499 employees), in 2017 those companies which had invested in green saw an increase in terms of exports of 34% against 27% for those who have not:  a competitive advantage which is repeated in the forecasts for 2018 (32% against 26%).

These companies – states the Symbola Report – are more innovative than the others: 79% have developed innovative activities, against 43% of non-investors (nearly double). This innovation also encompasses Industry 4.0: 26% of companies who have made green investments have also already adopted or are in the process of adopting hi-tech projects, while the figure for companies who haven’t made green investments stands at 11%.  Propelled by exports and innovation, these companies have also seen boosts to their revenues: 32% of companies who invest in green saw an increase in revenues in 2017 (once again among manufacturing companies with between 5 and 499 employees), against 24% of non-investing companies. The forecasts for 2018 indicate a similar disparity (27% against 22%).

These companies, including small businesses (though their contribution is likely underestimated due to the difficulty of tracking green investments in less structured businesses) , have helped to push the entire Italian system of production towards a leading position in Europe in terms of environmental performance. A position which goes well with our international record in terms of competitiveness. EUROSTAT reports that with 307 kg of prime materials used for every Euro 1 million produced by its companies, Italy is far ahead of the European average (455 kg), taking third place in the ranking of 28 countries behind only the United Kingdom (236 kg) and Luxembourg (283 kg), and ahead of France (326 kg), Spain (360 kg) and Germany (408 kg).
From prime materials to energy, where there is a similar dynamic: we are in second place among Europe’s “big players”, behind only the United Kingdom.  From 17.3 tonnes of petroleum equivalent per Euro 1 million in 2008 we have moved to 14.2: Great Britain consumes 10.6, France 14.9, Spain 15.7 and Germany 17. Finishing second behind the UK is worth more than a “simple” second place: while finance and services play a major role in the UK economy, our economy is more closely tied to manufacturing.
Italy has also made great strides in terms of reducing waste. With 43.2 tonnes for every Euro 1 million produced (1.7 tonnes fewer than in 2008), we are the most efficient of the five biggest European economies, once again far superior to Germany (67.6 tonnes per Euro 1 million produced) and the EU average (89.3 tonnes).
The Symbola Report also confirms that we also in an excellent position when it comes to the reductions of emissions in the atmosphere: Italy is third of the five big EU economies (104.2 tonnes CO2 per Euro 1 million produced): behind France (85.5 tonnes, favoured by its nuclear power) and the UK, but in front of Spain and Germany.
And in addition to this data, which assesses the overall performance of the national system, we can offer more information which shows us how Italy has produced excellent results in terms of sustainability in a variety of areas.
We have a leading position in the bio economy and green chemicals. We are (according to the Bio-Based Industry Joint Undertaking Report) the leading country in Europe in terms of pro-capita revenues from the development of products based on biological processes, such as bio-plastics. In other words, Italy is a leading country for sustainability. A positive portrait for a country whose story is far too often – particularly on social media – dominated by catastrophic tones.

Ermete Realacci, president of the SymbolaFoundation, made the following comment: “These results on their own do not constitute a solution to the old problems of Italy, which include not just the public debt, but also social inequality, the black economy, the criminal economy, the arrested development of the South and an inefficient and often suffocating bureaucracy. They do, however, paint a picture of an Italy which enjoys a challenge and is not afraid of the future, an Italy which is competitive and innovative, and in many ways a new Italy which can be used to combat those negative aspects. GreenItaly, therefore, begins with this Italy, the one with a can-do attitude and which is already working to show us the recipe of the green economy and all the energy that surrounds it, accompanying the country towards a more desirable future, one which is fairer and more sustainable, and a future which is, as we have seen, also built on competitiveness and a new influential role for Italy in the global landscape.”