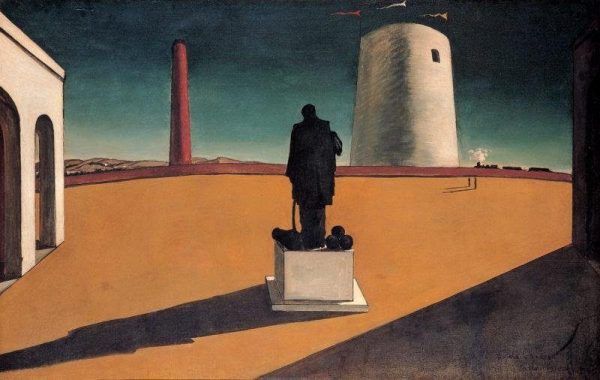 What happens every day in Milan? 16 November, a Saturday, the news is about the thousand trees that were planted in one week (target: three million by 2030), while at the same time the fourth building of the large CityLife complex was inaugurated. A concave, crescent-shaped construction with an arcade, almost an elegant entrance to the three skyscrapers: the Storto (twisted) designed by Zaha Hadid, the Curvo (curved) by Daniel Libeskind and the Dritto (straight) by Arata Isozaki. It is avant-garde urban planning and a modern testimony to the Città che sale (The city rises), depicted by the painter Umberto Boccioni in the early 20th century.

The previous day, on Friday, two pages of Il Sole24Ore newspaper were dedicated to “Digital humanism, alliances and territories”, projects that the Politecnico di Milano (one of the twenty best technical universities in the world) is working on to reinforce its training, research, and “service to business” activities. One does not “plan the past” there, argues the controversial rector Ferruccio Resta, but prepares for the future.

What about Sunday? Happiness abounds for the success of BookCity, more than 1,500 meetings in 250 locations throughout Milan (bookstores, libraries, theatres, foundations, schools but also private homes for poetry readings) among writers and readers, a triumph of the well-written, well-published, and well-spoken word.

Monday saw the news that the number of new residents has boomed to over 500,000 people in ten years (while 357,000 left the city): people come and people go, such intense economic and social dynamics.

Flipping through the newspapers over three days, detailed accounts of mobility, change, and bustle are found. It is all very dynamic and productive. It is all very Milanese, and indeed “Milanesi si diventa” (People become, rather than are born, Milanese), stealing the title of a fascinating novel from 1991 by Carlo Castellaneta. And so on, talking about the values of Milan, of Milan the locomotive, the beauty of Milan, Milan as a model, so much so that the city starts sounding a bit snooty, a bit “teacher’s pet”, a bit unpleasant. So much so that Sicilian minister Giuseppe Provenzano, during a debate organised by the Huffington Post in Milan (where, as everyone knows, people not only work hard but also debate hard) stated that “a moat has been dug around Milan: its centrality, its importance, its modernity, and its ability to play a leading role in international relations without giving almost nothing back to Italy ”. Il Messaggero (a very Roman newspaper) reiterated the criticism, writing that “Milan drinks alone” and “travels at twice the speed of the rest of the country, cannibalising resources and talent”. Milan as a cannibal is a terrible image.

These controversies are not new, of course. Far from it: they widely reverberated, a few years ago, during an animated debate on the pages of the highly respected magazine Il Mulino, with rough criticism from the Apulian economist Gianfranco Viesti, now back in the limelight among the critics of Milan). And it is worth considering it because due to the stagnant Italian economy, the widening distance between North and South, the increasing inequalities (not only geographical but also social, generational and cultural), the dynamism of the Great Milan raises real questions in terms of politics and government, of the financial and social players of the whole country, starting indeed with the most responsible and sensitive citizens of Milan.

These tensions echo in an intriguing and ironic way (maybe also melancholically, as irony usually is, at least a bit) throughout a long, interesting piece on Il Foglio newspaper of Monday 18th, written by Michele Masneri, from Brescia, whose life was mainly spent commuting “on the Frecciarossa train between Rome and Milan” and aptly titled “Contro Milano” (Against Milan). Here is a summary: “Milan is a city state, a happy emirate, but today it is also a bubble within which a dark evil is rising: the deceit of a new anthropological superiority. Politics, stories and moral activism from the public prosecutor’s office. A due process, envy aside”. And a sarcastic passage: “Accustomed to an absence of teasing, the Milanese inhabitant is stressed, efficient and never subdued. The new bauscia (Milanese slang for “local snob”) are eco-friendly, feminist, equipped with water bottle and the perennial airpods hanging from their ears like a pharaoh’s jewels. Checking that lighting and captions of their Instagram posts are just right. Telling you about their projects, their ideas, their start-ups “.

Masneri on the Foglio is a must-read. For fun, maybe to recognise a little bit of oneself in it and to have the chance to think critically for a while. But immediately remembering that irony about Milan and its inhabitants’ obsessions was reawakened some time ago, in Milan and by a local, with the caricature of “Il Milanese Imbruttito” (The ugly Milanese). Here, we work. And we smile.

We smile. However, there is no hiding the fact that among the skyscrapers designed by world famous architects, the Design and Fashion weeks and the affluent suburbs, emerges a dark, violent and criminal soul to be reckoned with. It is what news reports say, alluding to the polluting presence of the ‘ndrangheta, the mafia group from Calabria. Witness to this, with extraordinary strength of analysis and narration, the crime fiction books by writers who are very aware of the darkness of the Milanese heart and its narcotics, such as Alessandro Robecchi, Sandrone Dazieri with his neurotic character named Gorilla, Gianni Biondillo and Piero Colaprico. Just to name a few names, all well aware of the lessons learned from the pages of Giorgio Scerbanenco, that remain current to this day. Milan is much more and much worse than a simple showcase of successes.

The shadows, then. But also the lights. Of what is good in Milan.

Indeed, there is no single and straightforward narrative for this metropolis. If anything, there is widespread awareness about the positive changes and transformations that happened over time, with a living memory of the efforts and commitment it took to get past the Years of Lead and then to overcome the humiliation and scars inflicted by the tangentopoli scandal, of a decline that seemed inexorable. Initiative, enterprise, and participation. And good governance, all things considered, with the ability to ensure administrative continuity when varying the mandates of four very different mayors, also in terms of politics (Gabriele Albertini, Letizia Moratti, Giuliano Pisapia and Beppe Sala), yet similar in their strategic ambition to build a promising future for Milan and the Milanese.

The data by Osservatorio Milano, project supported by the Municipality and Assolombarda (www.osservatoriomilanoscoreboard.it) shows that the growth of the Milanese GDP between 2014 and 2018 was 9.7%, twice the national one of 4.6%, with 49,000 GDP per capita, compared to the 26,000 of the national average (we talked about this in last week’s blog). Most of the Italian multinationals are based in Milan, there are excellent universities crowded with foreign students, research centres holding the record for national patents, a long line of dynamic start-ups, and everything that is innovation, current issues, but also quality of life and solidarity. An agglomeration economy which attracts new financial and human resources right where resources are already concentrated. Competitiveness and sustainability, in a blend that is certainly imperfect but nevertheless dynamic.

Is Milan a good example? Wishing not to sound arrogant when considering itself a model, the suggestion to other Italian cities is not to “be like Milan”, but to at least take into account the good practices of the Lombardy region. Among them, a true collaboration between the public and private sectors, the commitment to “do, do well, and do well unto others”, the sense of responsibility in thinking ambitiously and for the future, the attempt to develop businesses but also to not forget a duty of acceptance and inclusion.

Inequalities remain, they are strong and growing. And this is reiterated by the Milan Assolombarda Osservatorio Milano. Milanese business women and men are convinced that a growing financial disparity is not good for companies or for the financial and social development of the city.

Solidarity, then, becomes a strategic choice. And environmental and social sustainability become a civic direction. Local institutions such as the Assolombarda and other business associations, as well as the Milanese Church, are the leaders, with a strong capacity for dialogue and debate.

In other words, Milan goes forward. Other areas less so or, even, they move backwards. Is it Milan’s fault? “It is a terrible idea to impoverish Milan”, writes Il Foglio, as if restraining the European metropolis could overturn the conditions of Rome and the South. “Foreign companies here feel reassured because the system works,” says Mayor Sala. “We Neapolitans went to Milan because it is easier to do business there”, was the comment of three businessmen to Il Mattino, a proudly Neapolitan newspaper. The three interviewed were the former president of the Industrialists’ Association Gianni Lettieri, hi-tech services for air transport; Ambrogio Prezioso, real estates; and Vincenzo Politelli, food services.

So then? Once the days of hot controversy are over, the Milanese remain aware that they cannot go it alone, but also that to pursue development as a selfish city-state, perceived as hostile by the rest of Italy, right or wrong as it may be, is not feasible. And it is precisely minister Provenzano, in an article in the Corriere della Sera newspaper, who rearranges the opinions regarding the “too many territorial differences”, without succumbing to the temptation to “harp on the usual issue of local oppositions”. The “cohesion policies that help build bridges are also useful to an already strong city like Milan”. And if it is true that “the moat” between large centres and smaller towns “should not be filled by Milan” but by “national policy”, it is equally true that “these issues also concern the Milanese, who are rightly proud of their city”.