The new geo-economic maps and the memory of Bauman, Matvejevic and Kounellis: a Mediterranean and EU dialogue and politics 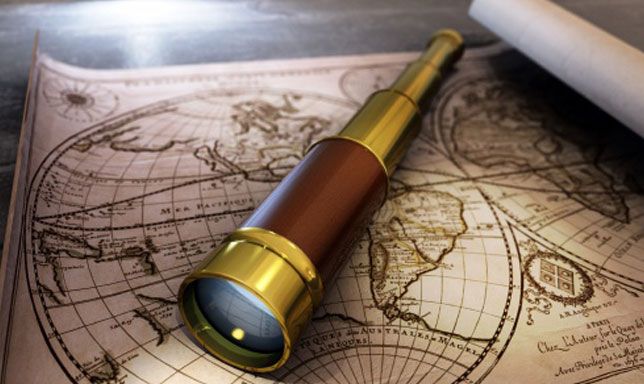 What a pity that Italian managers and entrepreneurs read so little, too little.  Four in ten, on average, never touch a book (the statistic is from the AIE, the Publishing Association, according to which 39% of executives, managers and professionals in the twelve months preceding the date of a survey, presented in October 2015, had never picked up a book, except for technical texts). What a pity, for the quality but also for the intensity of our economic growth: in these times of “know-how economics” and of quality manufacturing, it is precisely the conditions of a sophisticated “know-how” and “knowledge of how to do it” that form the essential basis for competitiveness. Especially during this controversial period in which the traditional maps of investments and exchanges, drafted under the sign of positive globalisation, have been ravaged by the assertion of neo-nationalisms, sovereignties, protectionisms, choices of walls and tolls, subcultures of fear, exclusions and closures.  Everything which is the opposite of the good liberal cultures of the marketplace. “The retreat of the global company”, was the heading a few weeks ago in “The Economist” (28th January), pointing out that “the biggest business idea of the past three decades is in a deep trouble”. These are times of crisis, then, accentuated by Brexit and by the pronouncements of the new President of the USA Donald Trump.

It is a little hasty, it is true, to talk about the death of globalisation. Certainly, politics and economics need a radical re-think. As do the relationships between different countries and populations, which need to be interpreted using updated criteria, not least in order to govern them better. What we need, however, are new geographical maps. And new geographers.

What sort of new? Geographers who are good at de-crypting and describing the conditions of a changing and contradictive world (digital and big data, cloud computing and science, these key features of the hi tech economy, are open phenomena, and do not tolerate national boundaries). But also people who are aware that there is no future which does not have roots in the past. There can be no conscience of an identity in movement, indeed no history, without a critical memory (Pier Paolo Pasolini, “Scritti corsari”, 1975: worth re-reading).

Geographers, then, who are sensitive to the perspective of transformations. And to teachers. The recent loss of three great men of culture of the Twentieth Century is a good reason to look at or pick up their works again, and to re-learn the lessons they taught us.

That of Zygmunt Bauman, for example, who died on 9th January last and who was remembered too a few days ago by Pope Francis as he was debating with the university students of “Roma Tre” (Corriere della Sera newspaper, 18th February): to counter the risks of an aggravation of the instability and of the limits of a “liquid society” which disbands frontiers, references, and social relationships, the Pope insists on hard work and solidarity, in order to oppose “an economy too which has itself become liquid, and without any consistency”. Hard work means security, dignity, a future. And this is precisely the challenge which must be sustained. He also emphasised the need for “a dialogue”, a meeting between cultures, a chain of solidarity between individuals. These are all central themes, in fact, in Bauman’s research. Something solid, insists the Pope, in the face of “the violence of anonymous and liquid societies” and of the risks of the arrival of “a society of the dead neighbour”. A greater effort is needed, still, “to cut the noise down, to talk less, and to listen more”.

The second lesson to be remembered is that of Predrag Matvejevic, who died in his native Zagreb on 2nd February. An exemplary geographer and historian, he was a true teacher (he taught at Rome University and at the Sorbonne in Paris). He is the author of an extraordinary “Mediterranean Breviary”, one of the most important works of the whole of the Twentieth century, which describes, in a “poetical essay” or “a poem in prose” or “a romance about places” (three of the many definitions given by the critics), with the documentary precision of the great historians such as Fernand Braudel and the narrative abilities of the best writers, a Mediterranean which is steeped in communal myths and rites (the olive, the vine, bread), full of journeys and adventures (the sea of the Odyssey), of commercial exchanges and of conflicts.  This is a dramatic and poetical Mediterranean. Where, despite everything, something held firm and still holds firm today: an aptitude for dialogue, even during the most difficult times. A Mediterranean in which were born Europe, democracy, and the finest concept of politics.

Here is the third lesson. About the essentiality of politics, of a good sort of politics. “Politics is the only way to understand other people and to love them”, argued Jannis Kounellis, who died on 16th February in Rome (his funeral was yesterday). Kounellis was a remarkable artist, not a political figure. Originally from Greece, and Italian by adoption, he grew up during the dynamically creative years of the Fifties and Sixties (the first exhibition which witnessed the birth of the “arte povera” of which he was an exponent, alongside Pistoletto, Penone, the Merz family, Fabro, Mondino, etc., was held in 1967). He was international by inspiration and by vocation. He saw art as an area full of strong signs of research and innovation, drama and confrontation, and as an instrument for “people being able to breathe together”. Art which was a long way from being separate from “the contexts”. Art and politics.

So the new geographers must remember him too. So that they can draft their original maps. Perhaps on a piece of cloth from an unstitched sack, on a slab of steel stained with rust, or on a course coal-stained wall. Just like Kounellis, in fact.