The paradox of the digital age and the crisis in Italian productivity: too little investment and misaligned occupational skills 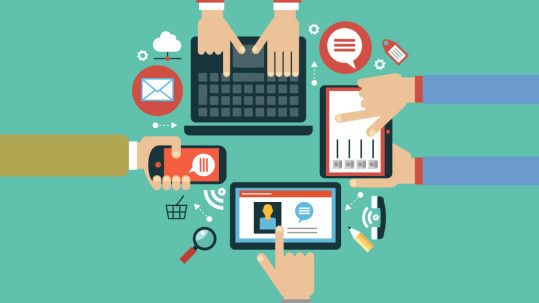 “The paradox of the digital era”, says the OECD, the phenomenon whereby the more technological we become the less productive we are. We are surrounded by a constant stream of technological  innovation with associated production systems and sophisticated new economy services which have radically changed the way we work, live, consume and communicate. But all the while, productivity (namely the amount produced per hour worked) is dropping. And the world’s most industrial areas are growing at a notably slower pace. This is the picture to emerge from recently published OECD data which showed, namely, that between 1970 and the end of the 20th century, productivity rose by 1.5%-2.5% per year on the back of technological innovation, new machinery and the IT boom.  Then, just as the digital economy started to take hold, growth lost speed. Current forecasts for the USA, the home of high-tech, estimate that productivity will start to drop in 2016, for the first time in thirty years, after slowing down to 1.12% between 2004 and 2014.  In Germany, the driving force of European industry, productivity growth of 1.90% in the 1980s has been seen to drop to an average of 0.86% for the period from 2004 to 2014. The same trends are happening in Korea: from 7% to 3.58% in the same period.

What’s gone wrong? There are two possible explanations. Either we have yet to feel the full effect of new technologies  (in industry as much as the finance, insurance and service sectors). Or, with the “digital paradox” mentioned earlier, we have entered a new season of slower growth (or “massive stagnation” as the more pessimistic economists call it.) The issue is a complex one and many economic leaders, scholars, business people and bankers are currently racking their brains to understand it. Most likely, we have reached the end of an extended cycle of economic development. In OECD countries, traditionally stronger and more industrialized, we have to get used to the idea of lower productivity and slower growth, in a world in which advances in digital technology, rather than determining quantitative growth, actually have more effect on the quality of development, the sustainability of the economy and standards of living. We are seeing a paradigm change. A metamorphosis that affects both business and society. Debate is ongoing.

In this context, Italy has its own negative story to tell.  Why? Because despite a global situation of faltering growth and recession, the situation is even bleaker in Italy. If we take productivity indexes from 1990 to today (using 100 as the base value added per hour worked in 2000), we see that Italy expanded until 2000 then stopped progressing any further than 100 over the next fifteen years (dipping to 98 in 2009 at the peak of the Great Recession) while USA reached 124, Germany and Spain 116 and France 114. Italy is undoubtedly paying the price of its unproductive  public administration, inadequacies in the justice and tax systems, and limited public investment in research, training and innovation (discussed in a recent blog). But if we take a closer look at trends in productivity across different sectors (Assolombarda analysis of OECD data), it emerges that manufacturing (an area of excellence in Italy), again using 100 as the base value, expanded to 117 in 2000. This was higher than the national average but less than France (149), Spain (134) and Germany (133). In other industrial sectors, such as ICT, Italy’s 131 was contrasted with 163 in Germany, 152 in France and 137 in Spain.  So even in the industrial world, our competitors are more productive than we are. The poorest growth (below the national average) was seen in the professional services sector: 68 in Italy compared with 99 in France, 82 in Germany. The adverse effects of this on industry are widespread.

Why are things so bad? Aside from the negative influence on the system we mentioned earlier, Assolombarda cites “skills mismatching”, namely a “misalignment” between what workers are capable of and what organisations actually need (leading to distortions in the deployment of labour-resources). This situation could be overturned “with appropriate education and lifelong learning policies” and by “facilitating occupation in more productive organisations, making this happen by introducing  organisational bargaining mechanisms” (linking salaries to productivity so that workers earn more as  productivity rises). This would have a positive effect on the country as a whole: “According to ECB estimates, such “reallocated” productivity could be worth 30% more than productivity in Italy.”

There’s another factor, though, which is adversely affecting  our productivity and which Assolombarda draws attention to: the limited role played by women in the labour market. The current employment in Italy is 64.9% compared with 77.7% in Germany, 75.3% in Spain, 72.7% in USA and 71.3% in France. But when we look specifically at female occupation, the situation is drastic: just 55.2% compared with 72.9% in Germany and 67% in France and USA.  The fewer women who work, the lower our productivity. This is yet another economic and social factor to be addressed.

In conclusion, drawing on figures recently published in the “Annual Innovation Report” by Cotec (foundation for technological innovation), published in June 2016: “From 2000 to 2011,  Italy presents a negative adjustment of -0.44% with respect to total production of all factors, and this proved to be the biggest barrier to economic growth in the country.  Of the main industrialized nations, the only ones to present similarly negative figures, although less so than Italy, are Portugal (-0.19%) and Spain (-0.07%). All other countries have positive indices: France 0.38, UK 0.52, Japan 0.76, Germany 0.77, USA 1.27.” A gap exists and it’s getting wider, to our own detriment. In a world of diminishing productivity, Italy is hurting the most. In terms of competitiveness, labour, wealth and the quantity and quality of growth.