The protests of Assolombarda against a tax regime that damages businesses and the launch of “Connext”, for innovation and sustainable development 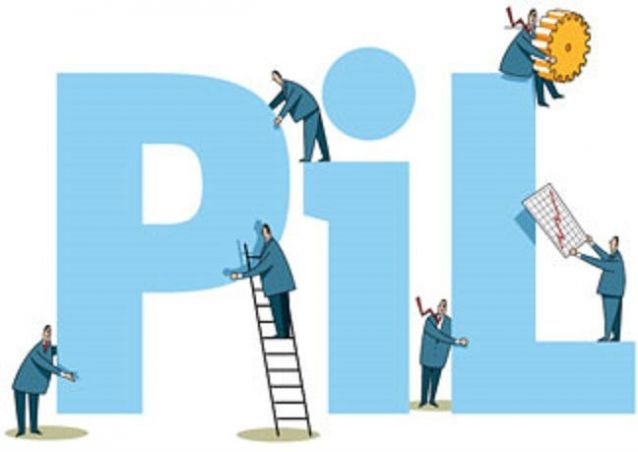 Small Italian businesses against the big ones. The production facilities distributed across the country against the “big fish” and the “elite”. Small factories against multinationals. Anyone who is unfamiliar with the Italian industrial fabric uses these phrases, which are somewhat detached from reality, to try to rewrite industrial policies, as this is how they think within government circles concerning the contents of the “manoeuvre” economic plan to “support businesses”. “A few confused ideas”, would have been the words of Mino Maccari, genius of art and satire from the Fifties.

Why? The plan for “Industry 4.0” has been drastically downsized, although it had encouraged strong investments from thousands of companies to innovate their plants, products and services: the super-depreciation has long gone, the hyper-depreciation extended to 2020 has been reduced to discourage large groups, precisely those with greater investment capacity, the drive towards greater training has disappeared, training that is indispensable to grow and develop the workforce and skills suitable for the digital industry. And also: the contribution to the capitalisation of companies has been abolished, and the tax credit for research and development has been stopped at 2020, thereby making these activities immediately more complicated and limited. There is a mini-IRES (corporate income tax) for companies that invest and recruit, but tailored to mini-companies.

No tax cuts, goodbye to the promised flat tax. There is only a 15% tax for VAT registration number holders with a turnover of up to Euro 65,000 (workshops, small professional practices, individual concerns especially in commerce and small services) and a tax concession, again at 15%, for professors who give private tuition lessons (who knows what this measure has to do with policies for GDP growth…).

Nothing for the development of industry and businesses which are more capable of productivity and competitiveness and therefore of growing the economy, and instead a lot of scatter-gun funding that feels a lot like pre-election favouritism. A far cry from the “manoeuvre” for economic development, which the “yellow and greens” (M5S + Lega) government is proclaiming across Italy and in Brussels.

“A budget law that is disconnected from reality. There is hostility toward businesses”, snaps Carlo Bonomi, chair of Assolombarda, the largest territorial association within the Confindustria industrial federation (6 thousand registered member companies, in Italy’s most economically dynamic and innovative area), during an interview to “La Repubblica” (3 November). Bonomi lists all the errors of the “manoeuvre”, reiterates the absolute opposition of the organisation to the tax amnesty, and he is categorical about the mini-IRES: “As it stands, it is entirely useless”. And, with clear irony: “They can delete it tomorrow. That way, they will save the funds to cover it, simplify the procedures and avoid wasting the paper it is written on.”

Assolombarda has the requisite competence to discuss the relationship between effective taxation and economic growth. It recently submitted a healthy “white paper” on “Tax, businesses and growth”, a 210-page volume packed with data, tables, analyses and proposals. He discussed it in meetings with members of the government and members of parliament from all sides elected in Milan, accompanying the individual proposals with figures and concrete examples of costs and benefits for businesses, the workforce and for Inland Revenue. He spoke to the media about it. To no avail.

Now the instructions of the “manoeuvre” have become clear, which are punitive for companies, especially for medium- to large-sized companies, and with scatter-gun contributions for small and very small businesses. But it is in fact the large companies which are the most innovative, which stimulate research and the dissemination of new technologies, help universities for the most ambitious programmes. And it is to the best, large multinational companies that the dense fabric that ties together different companies refers, regardless of their size, in districts, production supply chains, networks, meta-districts, sophisticated supply chains which also support the penetration of Italian industry in international markets.

Bonomi is right: “There is hostility toward businesses”. And the government’s tax measures, besides having an unacceptable punitive flavour against those companies that even in these difficult years have invested, innovated, conquered new markets, focused their capital and their resources of skills and know-how on economic growth, are likely to have a strongly depressive result: scatter-gun subsidies guarantee a certain subsistence for the weakest businesses but they do not help their development and discourage investments from the more dynamic companies. But without investment, both domestic and international, there can be no development. Except in the imagination of the propaganda-filled proclamations of the government.

“A company is a genuine incubator of social cohesion,” insists Bonomi, in addition to being an engine of growth and employment (real work, not what people are yearning for through subsidies from their “citizenship income”).

Businesses are right to be extremely concerned. Entrepreneurs from Milan and Lombardy, Veneto, Piedmont, Emilia, and Tuscany area saying out loud that they do not entirely agree with government policies, the bad “manoeuvre” which will put a brake on public investment in infrastructure (starting with the High-Speed train plans), tax and illegal building redevelopment amnesties and hostility towards a Europe that is siding with Trump’s USA and Putin’s Russia who are working towards weakening the EU.

They are not the opposition. But a social player with a sense of community. They don’t support a particular party but “Italy and everything that is good for the country”. A responsible government would listen to them. Indeed, if it were responsible.

There have been immediate responses to this bad government, from the economic world. And also long-standing responses. As demonstrated by “Connext”, the latest initiative by Confindustria, which was launched this autumn 2018 and plans a major event for all the 160,000 member companies registered with the organisation specifically in Milan, scheduled to take place on 7th and 8th February 2019.

“There is an economic fabric of great merit that, were it to become well-organised, could accomplish a leap in quality. So, this is an industrial partnership project, one of alliance between companies to innovate, network and grow”, states Antonella Mansi, vice-chair of Confindustria, the soul of the initiative to build development and look together to international markets (interview with “Il Sole24Ore”, 28 October).And also: “Integrating the supply chains in a vertical manner and creating horizontal exchanges of innovation and competence”, liaising also with foreign countries, continental and Mediterranean Europeans (Germany, Morocco) and with worlds (credit, finance, Stock Exchange, services, research centres) which, in the dense fabric of economic relations, keep the most active part of Italy going, the part that enables the country not to sink in the swamps of favouritism, assistance, illegality, pulling favours, subsidies, and unproductive protectionism. The process that Manzi has started up within Confindustria, with the collaboration of Assolombarda, attempts to make way for a competitive and collaborative Italy, one that is inclusive and productive, completely different from the government simplification of “small versus big”, “Italians against multinationals” which we mentioned at the beginning. An Italy that is much more real than the fake news, one to which careful attention should be paid.

“Connext” has already started touring Italy with a road show from Venice to Cagliari and Naples, from Turin to Bari, from Florence to Rome and Catania, and is expected to end up in Milan for the February event. Debates, discussions, research, critical reflections and auto critiques. And a focused attention on four thematic areas, which summarise the essence of the changes under way in our businesses: people, company, city and territory. Antonella Mansi explains: “The people theme is addressed by involving the sectors of life sciences, health, well-being, welfare. The company, the factory, is understood in the expression of innovation, virtual reality, the cloud. The city comprises energy, the environment, urban regeneration, services. The territory is considered the workshop of sustainable development and of the circular economy”.

There is indeed a general thought, behind all this commitment, that goes beyond the traditional boundaries of entrepreneurial representations. There is talk of changes and a more balanced economic development, a “just economy”, what ties together “competitiveness” with “community”. It is a thought that moves in keeping with the times. One that is worth listening to and respecting.