The return of the Overlord State, despite the government’s promise to the EU of 17 billion in privatisation 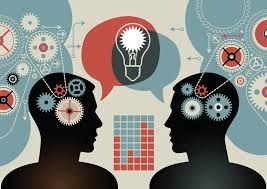 An increasingly long shadow is being cast over Italy in recession (alone amongst the major European countries) whose “engine has stalled” (definition by Professor Sabino Cassese): this shadow is the growing presence of the State in the economy, not as a legislator and controller (as would be right and appropriate) but as a manager of companies. In the rooms of Palazzo Chigi and the Ministries of Finance there is a great yearning for nationalisation. The plan is to gain a majority shareholding in Alitalia, through direct intervention by MEF (the Italian Ministry of Economy and Finance), and shares in Cassa Depositi e Prestiti and the Railways (ignoring the fact that the State has already squandered almost 10 billion euros with the Alitalia mess). The aim is to double its presence in Cassa Depositi e Prestiti, from 4.26% to about 10%, and in the private Telecom company, in order to unbundle the network and combine it with the Open Fiber network (in which CDP holds 50%). At the Ministry of Infrastructures there are rumours about nationalising the motorways. There is also talk of bringing CDP into the new international construction colossus, Salini-Astaldi (private companies, the first strong but the latter in a state of crisis). And the supporters of Beppe Grillo and the League still want to make Carige a public bank and seek private investors, even though the current commissioners appointed by the ECB are well aware of the accounts and conditions of the bank in crisis and say there is no need. The Five Star Movement (M5S) is preparing a bill on the public management of water, which would block the private investment that has been going on for years and bring everything back under the control of the public and municipal bodies that did such a lot of damage in the past (waste, customers, service problems, second rate network quality).

In other words, there is a desire to return to an Overlord State, as seen in the widespread expectation of the “yellow-green government” for hands-on involvement in the management of large and small businesses, in managerial decisions on investments, in hiring and in tenders. These claims for power completely disregard the need for efficiency, savings, productivity, quality and the costs of service and business activities.

These are demands for power. And contradictions. The Budget Law approved in extremis at the end of December by the Chambers (without even studying it well) after laborious negotiations with the EU Commission on the accounts, the deficit and the public debt, envisages privatisation of one GDP point, about 17 billion, in 2019. However, there is no shadow of the privatisations promised to Brussels in order to get the manoeuvre approved, while all the moves by the government are heading instead towards increasing the presence of the public sector in the economy, towards having the State enter private companies.

What about the Regulatory and Controller State? It is blocked by the dispute between M5S and the League, the two government parties, to position their people. So, CONSOB was without a chairman for months (the serious uncertainties were damaging for the markets), before finally appointing Paolo Savona. INPS has been without a chairman since the competent economist Professor Tito Boeri’s mandate expired. They even plan to poke their noses into the affairs of the Bank of Italy for the appointment of the deputy director general: this seriously interfers with the institute’s autonomy.

There is a lot of chatter but insufficient competence in the government to handle the complex processes of the economy.

It is worthwhile studying a little history to remember how the Overlord State was the key figure of some of the worst moments in the history of our economy. After the dynamic years of reconstruction and boom, when the public sector was managed by competent, capable and respectable administrators, the country had the infrastructures it needed for recovery (steel, motorways, transport, public buildings, chemicals industry). Then, from the seventies on, the Government Shares have gradually been reduced to an abusive circuit of party patronage, squandering public money in the “panettone di Stato” (State cake) with banks resembling “petrified forests”, State cars and public telecommunications, energy and postal services that are increasingly expensive and less efficient. We have monopolies, clientèle, private interests in the guise of public interest, waste.

The season of privatisation in the 1990s reopened the economy, making it more efficient (with better services that cost less for citizens, consumers, families and businesses). It is true that privatisation has been carried out poorly on occasion and has not always been flanked by the indispensable process of liberalisation. In spite of the limitations and contradictions, the Italian economy was integrated into the European market processes and then into the euro. It started to grow again, although it did not bridge the gaps between efficiency and productivity (private business were productive, public administration and services were quite unproductive).

Now, the government that opposes competence, professional merit, science, research, efficient infrastructures, competition and international comparisons, yearns once again for nationalisation and state control. This desire comes in a context riddled with insufficient attention to private, Italian and international investments and the distribution of supplementary income, early retirement, tax amnesty, protection of vulnerable groups (in total populist style) and the misuse of the few public resources available.

The horizon is bleak. To avert the danger, growing fronts of public opinion and key players in business and social circles are on the move. Il Foglio made an appeal to “unblock Italy”, which was signed by authoritative political and economical figures including Confindustria top management. “Don’t hold Italy back” was the headline in La Stampa, giving ample space to the opinions of those who work and produce. These were well-timed pleas. The point is, Italy does not deserve nay-sayers or backers of a “woeful decline” behind which an interest in power hides, negatively affecting those who rightly lay claim to a brighter future based on balanced development.