The virtuous cycle of books, schools and businesses that can boost civilisation and economic development 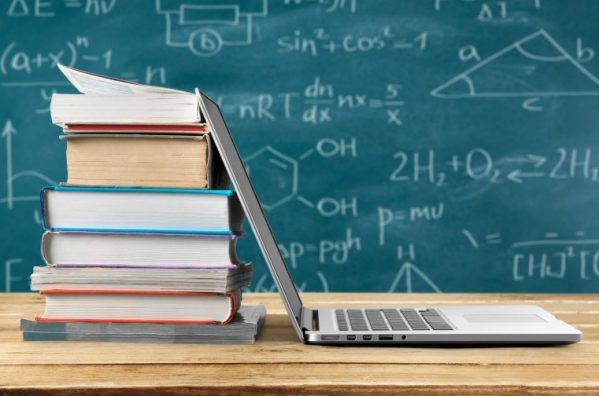 “The education of children is a primary value of the Republic,” said Sergio Mattarella, the President of the Republic of Italy as he addressed an audience at the Parco della Musica in Rome during the celebration for the 150th anniversary of the Association of Publishers (AIE). Linking books to freedom, President Matarella stressed the civic value of reading and the fact that “culture forms the basis for growing civil society in this country”. The trouble is “we still read too little in Italy” and “we need to improve” because “reading is an intangible wealth that we cannot do without”. He explained that “school remains a vital place to cultivate this”.

“School, school, school,” reaffirmed Ricardo Franco Levi, President of AIE. Again this year, the I read because … initiative, one of the editors’ flagship programmes to stimulate widespread reading, is scheduled from 17 to 29 October. Supported by businesses, its slogan is “Donate a book to schools,” that is to say, let’s grow the extraordinarily effective tools that school libraries are. Libraries are a key channel for children, beginning from the early grades of elementary school, to help them become familiar with the written word, enjoy the pleasure of reading for fun, learn and get to know new dimensions and new worlds.

Some businesses and local authorities are planning to go a step further. They are creating a virtuous cycle that goes from school libraries, municipal libraries and corporate libraries (such as those at Pirelli in Bicocca and in the Bollate and Settimo Torinese factories, which are often frequented by company employees and are well-stocked with books for children and teenagers as well).

Books, schools and businesses: different universes, but in their own way, all inspired by the values ​​of knowledge, community and responsibility. These need to interact, especially in a time when “the knowledge economy” requires the aptitude for training and working. Reading needs to be developed as a “primary value for the Republic” (going back to the words of Mattarella), but also as a tool for increasing and improving the quality of economic and social development so that it becomes fairer and more balanced and sustainable.

In the 2019 Report, OECD statistics confirm what has been reported for some time: Italy spends little on education and what it does spend is spent badly. “Italy Miser” is the headline in Il Sole24Ore (11 September). 3.6% of GDP goes to schools and universities, compared to an OECD average of 5%. The gap gets worse as you advance in education: we spend the equivalent of 8 thousand dollars per student in elementary school (6% less than the OECD average), 9,200 dollars for secondary school students (8% less) and 11,600 dollars at university (26% less). This results in having too few graduates, especially in scientific subjects which are essential in the era of the Digital Economy.

Little money indeed, and 90% of this is destined for staff salaries (who are already considered poorly paid, starting with professors).

We need to bring schools to the centre of political attention and public opinion. It’s a gigantic, extremely difficult project, which needs to be faced on many levels: infrastructure and buildings (the majority of which were built during the twentieth century up to the 1970s and are inadequate from the point of view of safety and educational methods), digital tools, quality of teaching (including rebuilding and protecting teachers’ dignity) and IT equipment to keep up with new forms of culture and knowledge building.

From the standpoint of businesses, and therefore of the motors of economic and social development, school is key. Without effective schools (not only efficient ones), we can’t increase civic consciousness, awareness of citizens’ rights and duties, or knowledge that is useful for work and well-being, especially in times when jobs are changing radically.

Better schools can also help tackle some of the problems related to Italy’s failure to grow due to productivity that has been stagnant for twenty years and the lack of competitiveness of the country’s system.

The more attentive companies have been committed to schools for some time. Once again this year, the Pirelli Foundation provided training on science, materials, industry, technology and also literature and business history, with courses and workshops for elementary, middle and high schools (the Pirelli “education” project has involved over 13,000 children and young people since 2013). The Agnelli Foundation, which has been committed to the issues of education and training for a long time, has just concluded a project for the restructuring and modernisation of two schools in Turin, in collaboration with the Fondazione San Paolo. This covers hi-tech classrooms and new methods of teaching and learning, under the banner of sharing. The dialogue between technologies, architecture and teaching can act as a positive paradigm for other experiences.

“Revolutionise education to prepare young people for the professions of the future,” said Francesco Profumo in La Stampa (13 September). Profumo is a university professor (he was Dean of the Politecnico di Torino), former Minister of Public Education, former President of the National Research Council and now President of the Fondazione San Paolo. “The knowledge and skills necessary to develop, promote and innovate education must be put at the centre of the debate and school initiatives.”