What kind of music does a factory play? Here is the challenge to compose new notes for the workplace and machinery 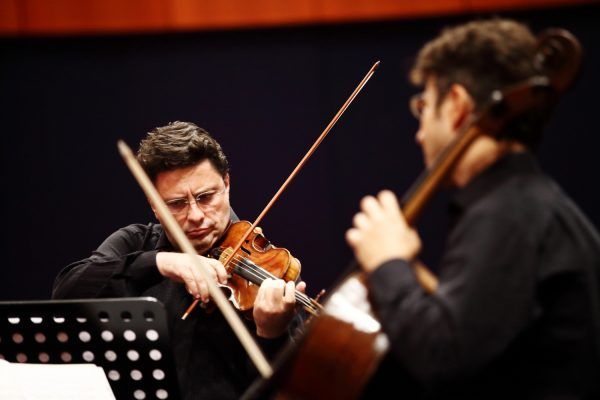 “Un compositore in fabbrica” (A composer in the factory) is the title of “La Lettura” (Reading matter), the weekly cultural section of Il Corriere della Sera, on Sunday. To announce that a musician will soon be visiting the Pirelli plant in Settimo Torinese, the “New Pole”, the group’s most modern and innovative factory (with the central facility for services and research laboratories designed by Renzo Piano) to watch, listen, talk to the engineers, technicians and workers, to try to understand “what sound the factory has” and write about it. A tale of industry and toil, in the form of notes, chords, harmonies. Music that stems from manufacturing and machinery. To be played to an audience in one year’s time, for the next edition of MiTo.

An ambitious challenge, obviously. Quite unprecedented. Yet one that is inside a dual path. The first concerns the relationship, now in force for some time, within Pirelli itself, between culture and manufacturing, in the specific conviction that “industry is culture”, polytechnic culture, naturally, and that innovation, an essential value of a major multinational that has deep historic roots and a bold aptitude for contemporary appeal that always looks to the future, concerns not just products and productions, relationships and materials, but also languages. Indeed this innovation, in all its forms of expression, needs to be told. In words (writers, poets, as demonstrated by the experience of Sinisgalli and Sereni during the 1950s). In pictures (artists, photographers, graphic designers). In architecture. And, indeed, an original experience, in music. What type of music, and what form of composition, written and orchestrated and performed by whom, all that has yet to be defined.

The second path concerns “the return of music to the factory”, which marks the partnership between Pirelli and MiTo, now standing for several years. Three concerts, in the Settimo Torinese plant itself, in 2010, in 2011 and in 2014, two years ago with the performance of Beethoven’s First and Seventh Symphonies, “la Settima a Settimo” (the Seventh in Settimo), as stated in the catchy newspaper heading. And one more concert, last Sunday, no longer in the factory but in the Auditorium of Pirelli Headquarters in Bicocca, just where the old 20th Century factories made way for contemporary office buildings, research laboratories and training centres quite some time ago. Packed with applauding crowds, the Concert at the Auditorium was crammed to maximum capacity. The musicians of the Altus Trio (piano, violin and cello) performed pieces by Beethoven and Schumann. The utmost of classicality able to prefigure the future, the innovation of a very innovative composer who knows he is the “son” of Beethoven yet interprets “his” own contemporary approach in an original way.

This takes us back to the profound sense of innovation. Awareness of the past, glimpsing at the future.

The Pirelli-MiTo partnership can continue. By listening to and “playing” at the factory and the workplace. Machinery, the workmen’s hands, the sounds, the notes. In search of harmonies.