Man or woman, it’s the intangibles of business that truly matter 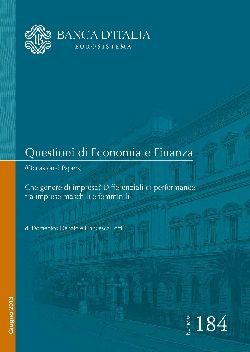 Whether male or female, an entrepreneur is always an entrepreneur, in the sense that the spirit of enterprise at the heart of production and innovation and the various financial targets to be reached are always the same, regardless of the gender of the person running the business. Businesspeople are just that, people that do business. Nonetheless, what can differ between the sexes are the personal relationships, the mood, the interpretation of the role of the business leader, and the various circumstances that surround the actions that are taken. The culture of enterprise changes depending on who is leading the company, along with all that follows in terms of performance, both financially and in the marketplace. To better understand this, we need – as far as possible – to compare the experience and context of a variety of organisations.

The debate rages on. Of course, this comes at the expense of the rhetoric on male and female styles of business, but to the benefit of a more accurate view of business.

Contributing to the debate are two studies published one right after the other. A Bank of Italy study has shown that, in terms of profitability and productivity, and even accounting for the size of the organisation and the industry, there appears to be no significant difference between a male-led business and a female-led one. Shortly after, a work by Bocconi and Universitat Autònoma de Barcelona explains that, when a female managing director is able to interact with other women on the board of directors, a sort of chemistry arises that can increase profits by as much as 18%.

The first of these conclusions was reached by Domenico Depalo and Francesca Lotti (both with the Bank of Italy’s Research Office) in their study entitled “Che genere di impresa? Differenziali di performance tra imprese maschili e femminili” (Business gender? Differences in performance between male and female businesses), which looked at both the leading literature on the matter of “gender differences” and at cold, hard numbers based on the financial statements and related ratios (data obtained from Infocamere) of various types of businesses.

However, in their study “Gender Interactions within the Family Firm” (to be published soon in Management Science), Alessandro Minichilli and Mario Daniele Amore (Bocconi’s Department of Management & Technology), together with Orsola Garofalo (Universitat Autònoma de Barcelona), reach a different conclusion: When the managing director is a woman, companies with a female-dominated board of directors post an average increase in profits of 18%. Alternatively, an increase in the presence of female directors from the 25th to the 75th percentile represents a 12% increase over the average firm profitability. The three researchers in this case reached this conclusion by way of a complex study of family-run businesses with annual revenues of at least €50 million.

Of course, this leaves out what numbers alone cannot fully show us, i.e. the unquantifiable approach to business management – the intangibles that every business leader worthy of his or her position brings to the organisation. But then again, we’re talking about something that has nothing to do with numbers and everything to do with the intrinsic qualities of the individual, regardless of gender.

Gender Interactions within the Family Firm

Management Science (soon to be published).