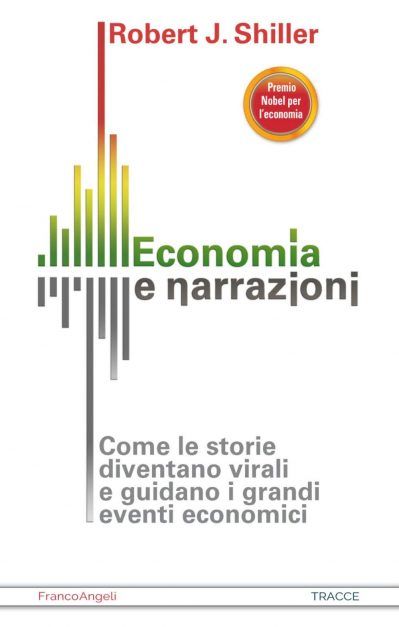 The latest book by a winner of the Nobel Prize for economics has just been published, and deals with this subject, beginning with narratives rather than numbers.

Animal spirits. But also entrepreneurial spirits, and consumer spirits, the feelings of ordinary people, the moods of the masses and of individuals, the daydreams of the few that become the dominant thought of many, and which go on to affect governments, businesses and families. The economy is not just about sums and calculations. This fact is widely known among careful observers and astute entrepreneurs. As such, it is worth reading “Economia e narrazioni. Come le storie diventano virali e guidano i grandi eventi economici” (Narrative Economics: How Stories Go Viral and Drive Major Economic Events) – published last year by Robert J. Shiller (Nobel Prize for economics), and now translated into Italian – with close attention.

Shiller’s latest literary effort (a previous book managed to anticipate many of the events of 2007) is founded upon the observation that the economy has always been influenced by the narratives that often spread through society like viruses through living organisms, and this remains the case today. Viral stories, therefore, are narratives that succeed in modifying entire markets: whether it is the belief that the value of the bonds of technology companies can only go up, that house prices will never go down or that some companies are simply too big to fail. Whether true or false, stories like these – transmitted by word of mouth, via the media and now, increasingly via social media – determine the performance of the economy, influencing the decisions we make on how and where to invest, on how much to spend and on how much to save. A powerful phenomenon, recognised by leading economists such as John Maynard Keynes, and yet one which has been somewhat neglected by most scholars of economics and related disciplines. It is perhaps easier to make predictions on the basis of mathematical models – which are formally precise but largely detached from the reality of things and people – than to embark on a perilous course on uncertain seas, composed not only of mathematical accuracy but above all of human estimates.

The book follows a simple structure; first of all, the author focuses on the concept and content of Narrative Economics (this is the name given to the segment of the economy that focuses on narratives), and following this, Shiller gives ten examples of economic events whose origin is based on such narratives. A final, very brief section is dedicated to a discussion on the future of this particular approach to economic events.

Shiller has chosen the most uncertain and dangerous path in the study of economics, placing the most random aspects of this subject at the centre of his many years of work. As such, his latest book – which is something of a summation of his previous books – reads almost like a novel, but contains a number of passages that are crucial to our understanding of what is happening today.

Villages and suburbs need to “mend” to be brought back to life, with the digital economy, 5G, better quality of life and jobs
The reasons why we should employ the best Italian energies for a recovery and development plan, making good use of EU and ECB resources
A new Delors plan for the EU And Italy cannot waste money on subsidies
Load more
Grazie per la tua richiesta
Abbiamo preso in carico la tua richiesta, il team della Fondazione Pirelli ti contatterà per confermare la disponibilità.
Grazie per la tua richiesta
La prenotazione al momento non è disponibile.
Thank you! Registration was successful!
We have sent you an e-mail to the e-mail address you provided. Click on the link inside to confirm the registration.
Register
Already registered click here
Warning! Check the correctness of the data entered.
Enter
Forgot password? click here
Warning! Check the correctness of the data entered.
Forgot password?