The culture of work in times of Industry 4.0 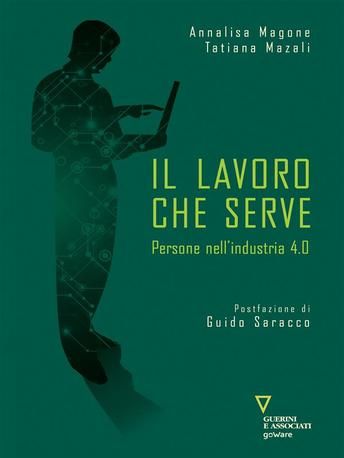 It is not true that industry 4.0 cancels out human work. And also, it is not true that everything will remain as it was. Just as for the first industrial revolution, and for subsequent revolutions thereafter, the reality lies in the midst of excesses. In short, once the debates on the future have run out of steam (maybe because they were conducted by those who had little to do with factories and offices), what’s left are precisely the factories and offices, and especially the men and women who work there and who play a role in a digital transformation which is now visible and consistent.As usual, to understand this, we need to explore the reality. And this is exactly what Annalisa Magone and Tatiana Mazali have done in “Il lavoro che serve. Persone nell’Industria 4.0” (Useful work. People in Industry 4.0), their latest literary work and piece of research which has just recently been published.

The book provides an insight into the reality of Industry 4.0 telling the tale of those enterprises that are interpreting this transformation with all its contradictory manifestations, in terms of management culture, organisational development, technological choices, the role of workers, regulatory models, and perceptions of trade unions. Therefore, genuine factories, and not made out of paper. Factories that have welcomed innovative technological solutions and that are faced with the problem of how to manage them; and also people (also genuine and not made out of paper), who have understood that the “machine 4.0” is necessary, but is not enough on its own.

So, as we said, reality. The book then unravels through true stories of factories and workers who were sought out, found and interviewed at a given historical moment (September 2017 and June 2018). This annotation is far from trivial, because the experience of Industry 4.0 and of the related work that never dies, changes from day to day, in keeping with its evolution.

To write this book, 131 people across 11 Italian regions were interviewed, for a duration of nearly one hundred hours in total, travelling the length and breadth of the country in a journey of 26,000 kilometres. A genuine field investigation, a sort of old-fashioned anthropological research, this research outlined a variegated and still uncertain horizon, inevitably exposed to adjustments and interpretations, even contradictory.On the other hand, this is what reality is like too: far from “textbook”.

The book coordinated by Magone and Mazali (the former a populariser, the latter a sociologist of cultural and communication processes), is divided into two parts; the first part contains the ten stories of ten people that outline as many paradigms of Industry 4.0; the second outlines the “digital grammar” first and then the “employment grammar” connected to the transformations under way. Another part voices a series of sectoral experts. The book concludes with an acute afterword by Guido Saracco, Rector of the Turin Polytechnic university, which makes everything perfectly clear from the title: “Ingegneri di nuova generazione” (Engineers of the new generation).

The message of the book is simple: Industry 4.0 is changing the way of producing as

a long and gradual wave, but the Italian way has a certain fact: people and their ability to grow businesses come first, each in their own role.