An Exceptional Team to “Team up with Books” 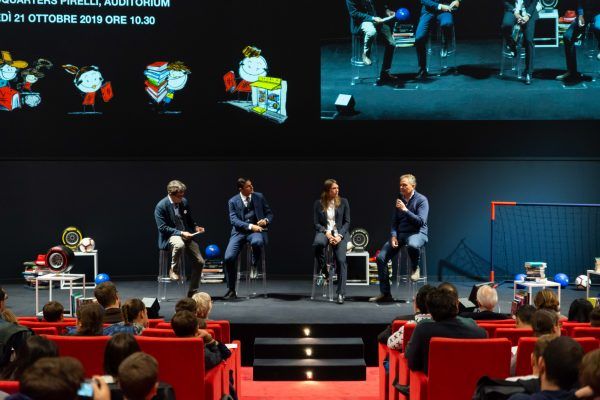 “A spirit of collaboration: that’s what got us to where we are now.” Who better than the legendary “Nerazzurro” Javier Zanetti could interpret the idea of “teaming up”? And indeed, at the Auditorium of the Pirelli Headquarters in Milan it was he, together with other top names from the worlds of contemporary sport and culture, who explained to over 300 students aged between 10 and 14 how important it is to team up with books.

The vice president of Inter Milan is the ambassador of Fare Squadra con i Libri (“Team up with Books”), a meeting organised by the Pirelli Foundation for the 2019 #ioleggoperché, an event created by the Italian Publishers Association (AIE) to promote reading. During the meeting, Pirelli and the Pirelli Foundation, in collaboration with the AIE, donated over 300 books to the Scuola Media G. Verga in Milan, to be added to the school’s library.

“A book will always be able to show you the way”, said Luigi Garlando, an author of children’s books and a journalist with La Gazzetta dello Sport, who was also on stage at the Pirelli Auditorium, together with Laura Galimberti, the Councillor for Education for the City of Milan, who pointed to the close alliance between the public and private sector in creating a network of libraries. “You’ll never get bored if you have a book in your hands,” said Ricardo Franco Levi, president of the Italian Publishers Association, and Antonio Calabrò, the director of the Pirelli Foundation, added that “you can play” with books, for they are nothing to be afraid of.

The large number of kids were able to talk with the guests: Regina Baresi, the captain of Inter Milan’s women’s team, said “it’s when you set foot on the pitch, waiting for the referee to blow the whistle, that you realise you’re part of a team”, while Zanetti, answering one of the students who had asked: “What’s it like to be so successful?”, recalled that all success brings great responsibility. He also stressed the importance of sacrifice and humility in achieving one’s objectives. Mario Isola, Pirelli’s ambassador for “teaming up” and the Group’s Head of F1 and Car Racing, commented: “teaming up is when everyone contributes to enhancing the qualities of each individual.” Also in the world of Formula 1, “thinking as a team” is the winning strategy for Pirelli: working together to achieve any challenge on the circuit. But there is more, for teaming up means bringing together different talents so that they can achieve a shared objective with passion and hard work. 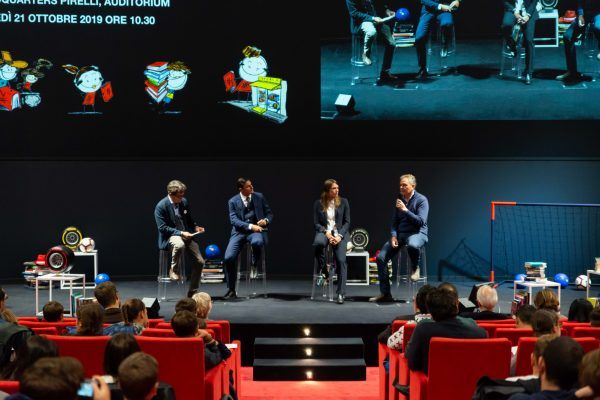