Understanding Europe, in Cinema & History: Politics, Economics and Society from the Origins to Globalisation 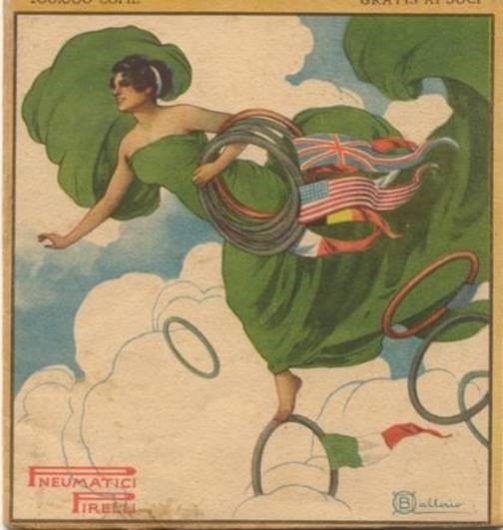 The ninth edition of the Cinema & Storia training and refresher course for teachers has come to an end. Under the title L’Europa siamo noi [Europe is Us], it was organised by the Pirelli Foundation and Fondazione ISEC, in collaboration with the Cinema Beltrade in Milan. With the participation of over 150 teachers who linked up from across Italy and from abroad, the main objective of the online course was to outline the European context through diachronic readings of a number of aspects: politics and economics, memory, culture and society.

The course started with a talk by Marco Meriggi, professor of the History of Political Institutions at the Federico II University in Naples, who examined the principal ideas behind the development of the European political structure since the end of the Second World War. The historians Lucien Febvre and Federico Chabod gave their differing interpretations of Jean-Jacques Rousseau’s “Considerations on the Government of Poland” of 1772, which introduced a new conception of Europe and of the European people. The course continued with a discussion on the French Revolution – which brought to light the concept of universal rights – and of the Napoleonic adventure, through to the publication of the Ventotene Manifesto, by way of the age of nationalism and sovereigntism and the Young Europe theorised by Giuseppe Mazzini.

For the first time, the course associated each lesson with a film selected in collaboration with the Cinema Beltrade, which also presented them. For the first encounter, the film was Meeting Gorbachev by Werner Herzog, which retraces the life of the politician in a long interview, taking a novel look at the main events that unfolded during the closing decades of the twentieth century.

Francesca Fauri, a lecturer in Economic History at the University of Bologna, focused instead on the economic processes that have affected the history of our continent. The formation of the European Economic Community for the free movement of goods, persons, and capital, the customs union, which arose from the ashes of the European political community, the Maastricht Treaty, the birth of the single market through to the single currency, the European Central Bank and its role as a lender during the 2008 banking crisis, the development of the European Stability Mechanism, which has been active since 2014, and Europe’s recent interventions to counter the effects of the pandemic, such as the SURE fund and the Recovery Fund. The film linked to the themes of the second lesson was The Milky Way, by Luigi D’Alife, which tells about the “La Via Lattea” ski slopes between Italy and France, where thousands of sports lovers congregate every day. The area is crossed clandestinely at night and at great risk by migrants seeking a better life across the border. Not everyone makes it to the other side of the mountain, but the solidarity of the inhabitants of the valley is unfailing.

Alberto Martinelli, professor emeritus in Political Science and Sociology at the University of Milan, on the other hand, analysed the shared aspects of the European identity, over and above any national differences, pointing to the recognition of differences, the inclusion of others, and the preservation of diversity as a possible way towards European integration, as well as examining the rights and duties of European citizens. The subject was also examined by the screening of Speak Up!, a film by Stéphane de Freitas and Ladj Ly, which describes and follows the story of participants in the Eloquentia contest to nominate the best public speaker at the University of Saint-Denis, in the suburbs of Paris. The students, who come from different socio-cultural backgrounds, use the art of rhetoric to talk about and discover themselves, revealing their most personal stories and discovering that, when coupled with the power of ideas, words can indeed change the world.

The fourth lesson of the course, which was held by Marcello Flores, a lecturer in Comparative History and History of Human Rights at the University of Siena, focused on the creation of a shared European memory, from the First World War to 1989. It was indeed the fall of the Berlin Wall, which brought to an end a period of tense confrontation during the Cold War, with its political, ideological, military, economic, and cultural clashes. The following years were dominated by the Balkan question and, following a symbolic rather than historical logic, by Europe’s attempt to identify the Shoah and Communism as the two foundations on which to build a European memory. Flores’s proposal is to adopt a global historical vision, in order to build a common European view of the past, placing partial memories in a global context. This will put an end to the conflicts between history and memory and to manipulation of the truth, as well as to narratives based on propaganda and identity politics. 1945, by Ferenc Török was the film chosen for this lesson. Using black-and-white images, it tells the story of a Hungarian village on the day a wedding is being celebrated, only to be upset by the arrival of two Orthodox Jews who, it appears, may demand the return of possessions that were redistributed among the citizens after the deportations.

In the fifth lesson, Antonio Calabrò, the director of the Pirelli Foundation, looked back at the dates, events and people that have helped shape Europe ever since the 1940s, emphasising how this long period has been one of peace. From the Ventotene Manifesto to the European Council, from the Robert Schuman Declaration to the creation of the ECSC and of the European Economic Community, from the Delors Report on the Economic and Monetary Union in the European Economic Community to the Maastricht Treaty – which in 1992 marked a positive turning point after a long period of crisis in Italy – through to the introduction of the single currency. The discussion continued with an analysis of the new fractures opening up in Europe, from sovereigntism and populism to Brexit, ending with an in-depth economic and political look at the Recovery Plan. Andreas Pichler’s film The Milk System, which was chosen for the lesson, looks at the milk production system through the eyes of farmers, politicians, lobbyists, NGOs and scientists, revealing some surprising facts about the “milk system”: who gains, and at whose expense? Does the system have a future, and are there alternatives? A cinematic journey across different continents that blows the lid off preconceptions, pointing to alternative visions.

The last part of the course was devoted to the laboratory run by the Archivio Nazionale Cinematografico della Resistenza in Turin, which retraced the history of cinema, examining the differences between the main subjects of films. Paola Olivetti, the director of the Archive, introduced the course, using period films to tell the story of the leading role played by cinema in twentieth century communication. pointing to its importance in documenting historical events. Corrado Borsa then provided the tools needed to understand the particular value of media such as newsreels, feature films, and documentaries. Lastly, Adriana Toppazzini shared a detailed digital map of the educational use of film images, for tracking down the main historical sources of audio-visual media, and to assess the teaching skills acquired.

The course also provided an opportunity to discuss the role of the younger generations in building the European integration project.