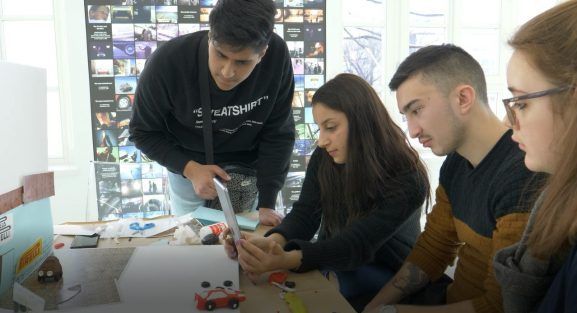 The students were filmed during the Almost 150 Years of Pirelli educational course devised by the staff of the Education Department of the Pirelli Foundation, where the young learn about the history of Pirelli’s visual communication. The students are shown original advertising materials and sketches and, during a special workshop, they create a real animated advertising film using the stop-motion technique. The cabinets and drawers of the Pirelli Historical Archive are opened for the occasion to show the schools a selection of the huge holdings in the section devoted to communication, which consists of over 565 original drawings and sketches, about 2000 camera-ready artworks and about 4000 printed advertisements. These materials testify to the fruitful collaboration between Pirelli and graphic artists and designers of the calibre of Lora Lamm, Alessandro Mendini, Bruno Munari, Bob Noorda, and Armando Testa – to mention but a few – as well as with advertising agencies such as the Agenzia Centro and Young and Rubicam.

During the workshop activity, each advertisement is carefully observed and analysed by the students who, with the help of Pirelli Foundation Educational staff, identify the technique used, the slogan and the visual language chosen by the artist. During the course, which shows how graphic design evolved in Italy, the students are able to see how the Pirelli logo changed over the years, from its first use on a bookmark in 1907 to the brand books of the 1980s and 1990s.

The kids were fascinated by many of the materials, including a study for the 1951 advertising film Novità al Salone Internazionale dell’Auto di Torino (“News from the Turin Car Show”). This was made by the cartoonists of the Pagot Film company, using the cel technique, to advertise Pirelli Cinturato tyres. With first-hand experience of this historic document, the students found out how animation movies were made before the advent of the computers and software programs that are used today.

The cel technique and, in more general terms, the screening – on a video installation in the spaces of the Pirelli Foundation – of historical advertising movies from the audio-visual collection of the Historical Archive was the starting point for the closing workshop of the course. Here the students worked on creating a new animated commercial for the tyre with the Long P, using a special app and multimedia instruments.

Knowing about the work that goes into the creation of an advertising campaign and measuring up to the famous graphic artists of a distant and more recent past is a possible source of inspiration for the creation of new advertisements by those students who may wish to embark on a career as graphic designers or art directors. 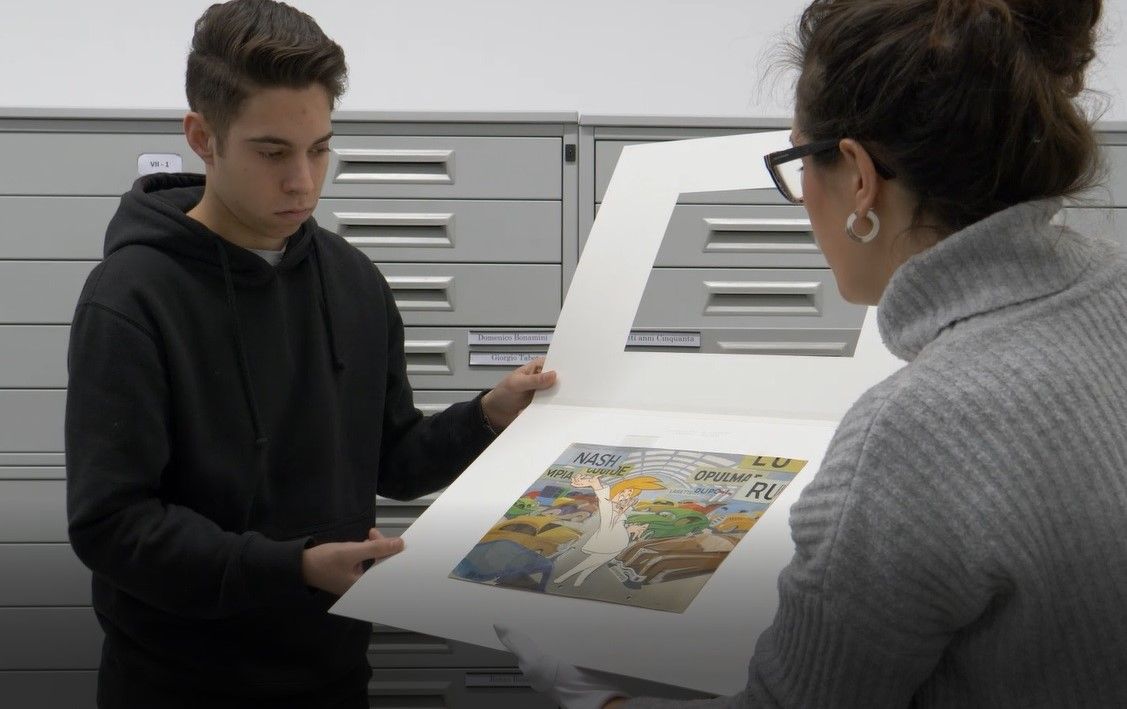