An evening celebrating both the past and present of Milan, with drama, music, photography, and fine literature 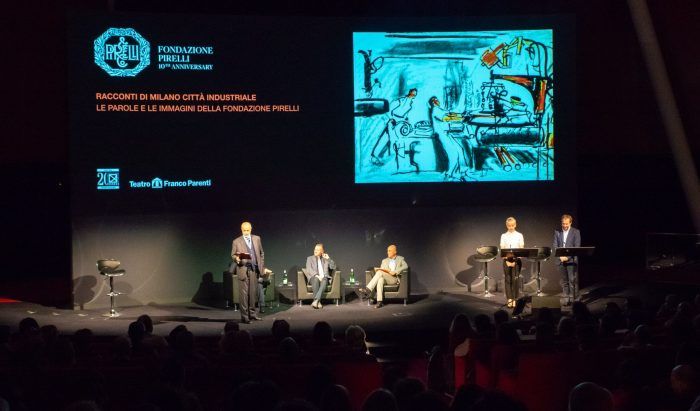 On Thursday 15 November, more than 400 people packed into the Auditorium of the Pirelli Headquarters in the Milano Bicocca district to take part in an evening entitled “Tales of Milan as an Industrial City: Words and Images from the Pirelli Foundation”, organised by the Pirelli Foundation in collaboration with the Teatro Franco Parenti and the University of Milano-Bicocca. In the hall, the public were greeted and introduced to the theme of the evening by videos of Milan of yesteryear and as it is today. In the background was a soundtrack of songs that have made the history of the city, from the famous “S.T.R.A.M.I.L.A.N.O.” composed in 1928 and made famous by the singer Milly, to Roberto Vecchioni’s timeless “Luci a San Siro” by way of songs in the Milanese dialect by Nanni Svampa and Enzo Iannacci, through to Vinicio Capossela’s recent “Pioggia di Novembre”.

The actors Marina Rocco and Rosario Lisma took to the stage with pieces from various periods and moods to illustrate the countless different faces of Milan as an industrial city: a city of streets and alleyways, of loves and traditions, of factories seen from the outside and from within, of skyscrapers and the lives of working-class folk. A city waiting to be discovered and one that, as Guido Vergani liked to say, “is not beautiful, but one of a kind”. Dino Buzzati, Giorgio Scerbanenco, Alberto Savinio, as well as Ottiero Ottieri, Giorgio Fontana and Alberto Rollo were but some of the 13 authors whose pieces – taken from novels and from the historic Pirelli magazine – inspired the reflections of Giuseppe Lupo, Piero Colaprico, and Pietro Redondi, guided by questions put to them by the director of the Pirelli Foundation, Antonio Calabrò. Pictures from the Pirelli Historical Archive accompanied the evening on the Auditorium screen: a visual journey through the urban and social development of Milan, from Arno Hammacher’s photo report on the M1 Metro construction site to shots illustrating the building of the Pirelli Tower, through to the interiors of the company’s first factory in the 1920s and recent pictures by Carlo Furgeri Gilbert of Industry 4.0.

The climax of the evening came with some readings by the two actors from the film script for Questa è la nostra città, commissioned by Pirelli from Alberto Moravia in 1947. A cross-section of working-class life showing the various generations of the Riva family describes the everyday life of industrial Milan.

The dialogue between the actors and speakers on the stage conveyed an image of a city that has changed radically in architectural, social, and economic terms but that still maintains its strong industrial – or rather “industrious, as Piero Colaprico put it – identity. 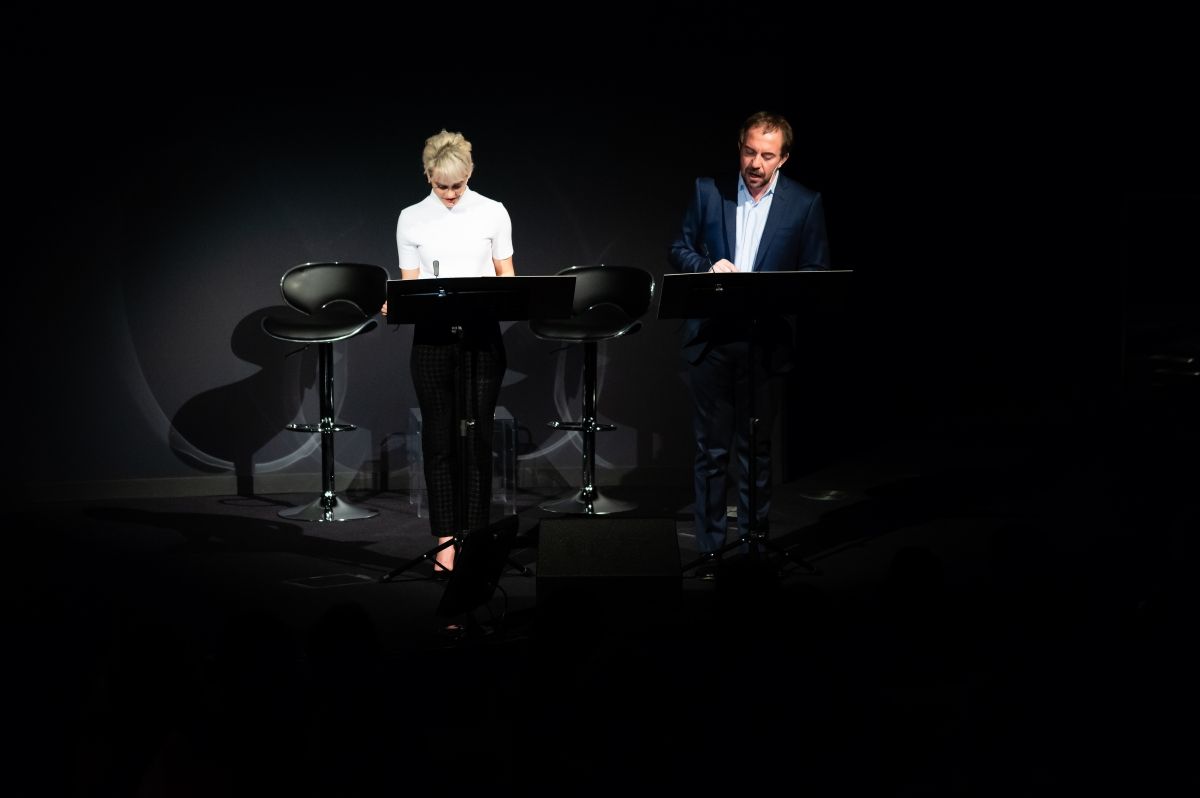