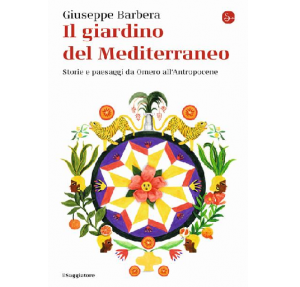 "The Mediterranean is a sea of diversity, a meeting place for plants, animals and cultures from Europe, Asia and Africa", writes Giuseppe Barbera, professor of arboreal cultivation at the University of Palermo, in "Il giardino del Mediterraneo - Storie e paesaggi da Omero all’Antropocene" (The Mediterranean Garden - Stories and landscapes from Homer to the Anthropocene), published by Il Saggiatore. And to add clarity, he refers to Fernand Braudel, one of the greatest historians of the 20th century: "The Mediterranean is a thousand things all at once. Not one landscape, but an endless number of different landscapes. Not one sea, but a succession of seas, once after the other. Not a single civilisation, but a series of civilisations piled on top of each other." In order to find sense in a multi-faceted history, in this "hybrid nature" (whose strength lies in its diverse, communicating elements), Barbera follows the distinctive signs of the landscape, viewing these - in accordance with the teachings of Alexander von Humboldt, the nineteenth-century father of geography - as "a palimpsest" or as "the sum of all the characteristics of a territory". He chooses to follow the journey of the dissemination of the prickly pear, imported from Mexico into Europe by the Spanish conquistadors, which has become a symbolic element of the landscape, before moving on to the trace the history of the olive tree and the vine. Barbera focuses on examples drawn from his observations and studies of Sicily, an island that serves as a model of cross-breeding and fusion. He insists that "the Mediterranean teaches us that nature and culture privilege diversity and selfless encounters, rather than egotistical exclusion", and uses a solid body of data and documentation to denounce the damage caused by the bad habits of the Anthropocene era, and man's attempts to dominate nature and radically alter its natural equilibrium.