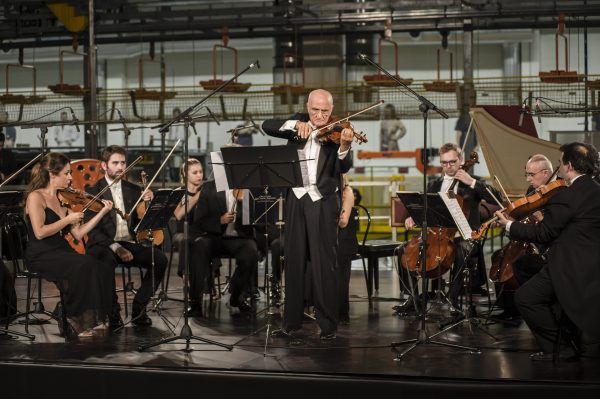 On 21 November at the Auditorium of the Pirelli Headquarters, together with maestro Salvatore Accardo and engineers from Pirelli Research and Development, we will talk about images, sounds, formulas, calculations, and words to explore the scientific, technical, and liberal culture that is a feature of the world of production and industry.

During the event, the Orchestra da Camera Italiana, with Maestro Salvatore Accardo, will perform the Concerto for Two Violins in D minor, BWV 1043, by Johann Sebastian Bach, an artist who, more than anyone, expressed the relationship between music and mathematics, and Navarra, Op. 33, by Pablo de Sarasate.

The students will be accompanied through the music, exploring themes linked to the underlying mathematical spirit common to both music and the factory, which is needed for building and representing structures of sounds and rhythms, but also for bringing to life production systems that are increasingly technological and innovative.

Pirelli’s relationship with music goes back a long way: from the performance by John Cage at the Pirelli Cultural Centre in the 1950s to the Il Canto della Fabbrica project, which was composed in 2017 by Maestro Francesco Fiore, using the sounds and rhythms of the Industrial Centre in ​​Settimo Torinese to represent in music the contemporary nature of a lean, highly sophisticated factory, whose rhythms are also those of our future. In the past few weeks, Maestro Fiore has also taken part in La fabbrica raccontata dagli artisti, a course, devised by Pirelli Foundation Educational for a group of lower-secondary school students, that illustrates his experience as a modern-day bard of the factory.