Pirelli and the music of John Cage 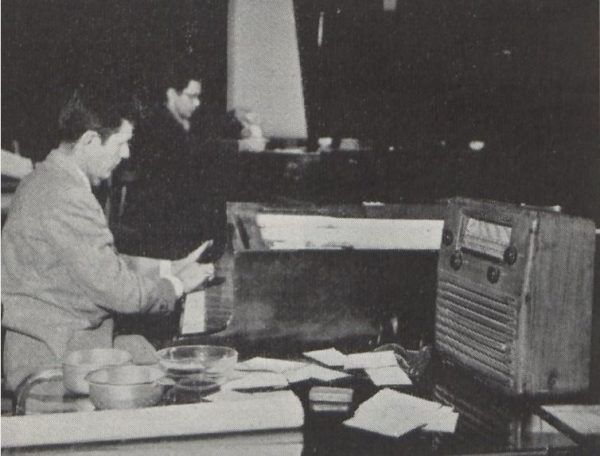 Pirelli has a close relationship with music, both today, with concerts in the Settimo Torinese factory (an event that is now in its third edition with the performance of Beethoven’s First and Seventh Symphonies), as well as hosting the rehearsals of the Italian Chamber Orchestra conducted by Salvatore Accardo and giving support to the Verdi Orchestra, and in the past, in the heart of the 1950s – a time of great cultural innovation and transformation in Italy and throughout Europe – working together with the avant-garde composer, John Cage.

An extraordinary figure in American music, many will remember him as the composer of the revolutionary 4’33”, a piece that features no deliberate sound, while, in Italy, many will remember him for his appearances on the game show Lascia o Raddoppia? with Mike Bongiorno as an expert in mushrooms, where he also performed his concerto per caffettiere (concert for coffee maker), but there can be no doubt that he was one who innovated and who left his mark in the world.

The year was 1954, and John Cage, a music theorist from Los Angeles and one of the leading figures of avant-garde music and of 20th-century culture generally, was a virtual unknown in Italy. His music was mainly seen as eccentric and even “scandalous”.  During his first European tour, he was called to perform at the Pirelli Cultural Centre, which was one of the leading hotspots of urban culture at that time. It was to be his first appearance before an Italian public, and it was a bold move by both Pirelli and Gino Negri, who was then the curator of music for the Pirelli Cultural Centre, and was a decision pushed for by the composer Luiciano Berio. The date was 5 November, at Brusada – where the centre was located before it moved to the Pirelli Tower in 1960 – when John Cage and his ever-present travel companion, David Tudor, performed their concert for “prepared pianos”, i.e. with screws, spoons, clothes pins, bamboo reeds, clock gears, marbles and other objects attached to the cords of the two pianos to produce all new types of sound. The concert was presented by the musicologist Riccardo Malpiero, and the programme included works by John Cage, Morton Feldmann, Christian Wolff and Earle Brown.  The audience, made up of some of the city’s most knowledgeable music lovers, were stunned, and the debate began. Thus this extraordinary musical event opened the doors to Cage and his ensuing experiences in Italy.