Industrial Humanism: An Anthology of Thoughts, Words, Images and Innovations 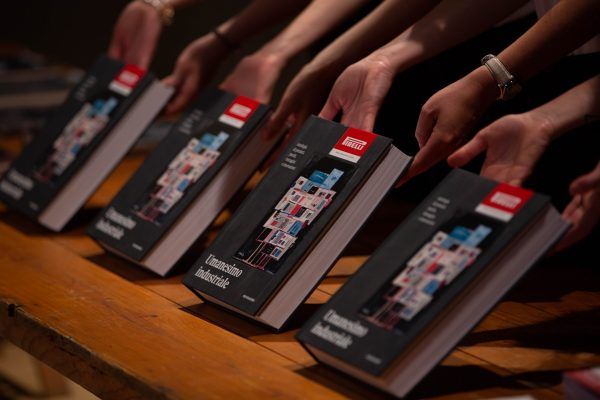 “Over the years, the magazine has won and continues to win a chorus of approval. Sometimes it really tests our nerve, but in actual fact – but don’t you tell anyone – we enjoy it, just as we enjoy all our work, which is very varied and puts us in contact with artists, writers, architects, journalists: people who are singular, to say the least, sometimes a bit strange, but always fascinating.”

These words of Arrigo Castellani, who for a long time headed the Pirelli Advertising department and was the director of Pirelli magazine, open the book Industrial Humanism: An Anthology of Thoughts, Words, Images and Innovations, in bookstores from June. Edited by the Pirelli Foundation and published by Mondadori, the book documents the experience of Pirelli. Rivista d’informazione e di tecnica, published from 1948 to 1972.

The Historical Archive of the Pirelli Group contains a complete collection of the magazine, with 131 original issues and a photographic collection of about 6,000 images, with 3,500 photographs that accompanied the original articles and almost 2,500 unpublished pictures, some of which have been selected for this book. The aim of the publishing project is to highlight the multidisciplinary nature of the magazine, which was launched with the declared aim of bringing together scientific and technical culture and liberal culture, commissioning articles and investigations from the most authoritative names of the period. These included Dino Buzzati, Camilla Cederna, Gillo Dorfles, Umberto Eco, Carlo Emilio Gadda, Eugenio Montale, Umberto Saba, Leonardo Sciascia, Salvatore Quasimodo, Giuseppe Ungaretti, and Umberto Veronesi. The magazine was beautifully illustrated with splendid photo shoots by such masters of photography as Arno Hammacher, Pepi Merisio, Ugo Mulas, Federico Patellani, Fulvio Roiter, and Enzo Sellerio and with illustrations by artists like Renato Guttuso, Riccardo Manzi, and Alessandro Mendini. The preface by Marco Tronchetti Provera and essays by Antonio Calabrò, Gian Arturo Ferrari and Philippe Daverio, are followed by an anthological section in which articles from the magazine, reproduced in their entirety or in selected excerpts, are divided into thematic areas. The publishing project accompanies the rivistapirelli.org platform (soon to be online), which examines the content of the book also in a digital environment.

The book will be presented on 19 June at the Teatro Franco Parenti in Milan in the presence of Marco Tronchetti Provera, Executive Vice Chairman and CEO of Pirelli and President of the Pirelli Foundation, Gian Arturo Ferrari, writer, and Antonio Calabrò, Managing Director and Director of the Pirelli Foundation. During the evening, stories, readings and musical interludes will create a show entirely devoted to the world of Pirelli magazine. Guests will include the singer Ornella Vanoni and the actress Anna Ammirati.