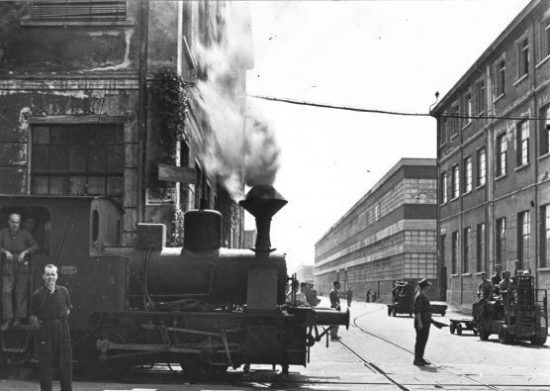 The Pirelli Foundation will once again be taking part in Bookcity Milano, this time with two events: the first, on Thursday 14 November at the Bocconi University of Milan, as part of the “Bocconi4Bookcity” programme, is entitled “Memoria d’impresa, qualità di risultato economico, città abilitante” (“Corporate Memory, Quality of Economic Results, Empowering the City”). Why do some companies promote their own memory, while facing transformations that significantly shift their boundaries and their range of action? How does their interaction with the community help create economic value? The meeting will be an opportunity to discuss the relationship between culture and corporate value, with Antonio Calabrò, the director of the Foundation, and Paola Dubini and Giorgio Bigatti, professors at Bocconi University. The second event will be a discussion on the subject “Umanesimo Industriale a Milano: impresa, scienza, letteratura. Un percorso storico culturale e sociale sugli intellettuali meridionali al Nord” (“Industrial Humanism in Milan: Business, Science, and Literature. A historical, Cultural, and Social Look at Southern Intellectuals in the North”), with Antonio Calabrò, Piergaetano Marchetti, president of BookCity and of the Fondazione Corriere della Sera, and Giuseppe Lupo, a writer and lecturer at the Università Cattolica del Sacro Cuore. The event, on Saturday 16 November, will be held in the Sala Buzzati at the Fondazione Corriere.

The two meetings will also be an opportunity to retrace the experience of Pirelli. Rivista d’informazione e di tecnica, a magazine launched in 1948 with the aim of bringing together scientific and technical culture and liberal culture, with articles and reports by the most authoritative international writers of the day: Dino Buzzati, Italo Calvino, Umberto Eco, Eugenio Montale, Leonardo Sciascia, Leonardo Sinisgalli, Salvatore Quasimodo, and Elio Vittorini, among others. A case-study in publishing to which we have dedicated Industrial Humanism: An Anthology of Thoughts, Words, Images and Innovations, a book published by Mondadori, with a special section of our fondazionepirelli.org website, with information about the contents of the book and the extraordinary history of the magazine.