Cinema and TV in Pirelli Magazine 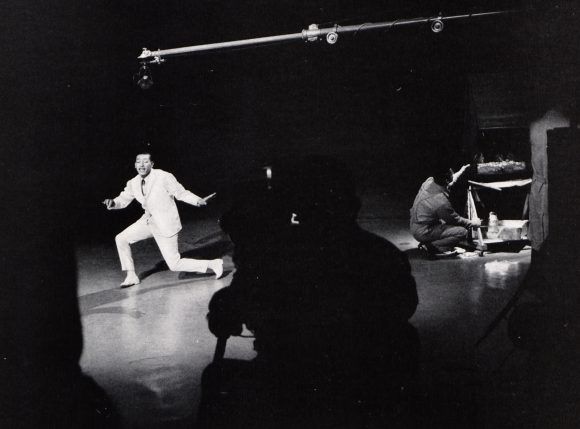 During its twenty-five years of publication, Pirelli magazine dealt with “information and technology”, covering everything that was modern and topical, keeping up to date with the changes sweeping across the world and society in the 1950s and ’60s. As a mirror of the times, cinema could hardly fail to occupy an important place among the topics dealt with by the magazine, which were naturally entrusted to the most famous critics of the day. A great man of letters, Emilio Cecchi turned to cinema, and in one of his many pre-war travels across America he was intrigued by “drive-in theaters” and he talked about them to his Italian readers in the magazine in 1954. In 1961, the young but already very sharp-witted Tullio Kezich investigated the impact that television was having on traditional forms of entertainment, such as cinema and theatre. In 1967, the critic Morando Morandini referred to the American actor Jerry Lewis as the last true comedian in the world of cinema in the late 1960s.

Born in Florence in 1884, and a pupil of Giuseppe Prezzolini and Giovanni Papini, Emilio Cecchi approached cinema as an intellectual and as a man of letters, bringing such classics as The Little World of the Past and The Betrothed to the silver screen in the 1940s. It was his fascination for cinema as a phenomenon, together with his travels in the United States, that inspired the article about “The drive-in cinema”, published in Pirelli magazine no. 1 of 1954. “This form of film show, which you watch while sitting in your car” was soon to be known in Italy too as a “drive-in”. In Cecchi’s view, nobody in America in the 1950s “would be tempted to increase the number of cinemas, and wait for people who wouldn’t come: while, like this, it’s cinema, so to speak, that goes out to meet an motorised audience, offering them a show without them even bothering to get out of their cars”. A curiosity: in East Dennis, Massachusetts, the “drive-in” had also become a “fly-in”. “The ticket to the ‘theatre’ costs one dollar a head: whether you arrive by car or by plane. “ 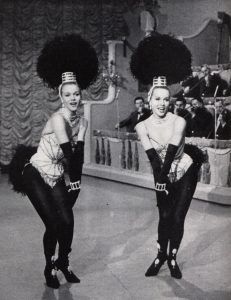 The thirty-three-year-old Tullio Kezich was already being hailed as a leading film critic in 1961, when he wrote a short essay called “The eye of the TV camera” for Pirelli magazine. The camera was, of course, that of the television, almost ten years after it had started entering Italian homes. “Has TV stolen and does it continue to take away viewers from traditional forms of entertainment?” And, as a result: “Is there a process under way by which TV is destined to replace the public’s preference for, and consumption of, theatre and cinema?” The Trieste-born critic’s response is neither obvious nor unequivocal: to some degree there is such a process, because the mechanisms of television have “rules” that are independent from those of more traditional media. To some degree it is not, because theatre, opera and ballet can never be reduced to the small screen without distorting their nature as empathetic and emotional shows. One thing that Kezich was sure of was that television had immediacy on its side, for it brings you into the “here and now”, and it has a sense of the present moment that a stage or a film set will never be able to convey. Even when showing just a goal being scored on a football pitch, the eye of the camera will always bring a sense of the present moment.

Morando Morandini worked for many a long year with Pirelli magazine, putting his name to the section devoted to the cinema. Attentive and critical, Morandini studied the customs and traditions of the big screen, and readers always looked forward to his articles, and indeed the magazine hosted many of his famous “maulings with no right of appeal”. In a surprise move, in Pirelli magazine no. 2 of 1967, he looks at the work of an American comedian, Jerry Lewis, referring to him as “the James Dean of comedy, the only film comic on active duty with ingenuity, ideas, and a vision of the world”. Three on a Couch had just come out in the cinemas, directed and played by the then forty-one-year-old actor. Criticising the dubbing, which he said did no justice to the “spoken” comedy of Lewis, who was known in Italy as “Picchiatello”, Morandini nevertheless writes an enthusiastic appreciation of the countless personalities that the actor manages to convey on screen, in the finest tradition of sophisticated comedy. Stigmatising the way critics at the time referred to Lewis as “monkey-like”, using the nicknames “Id – Idiot” and “Ug” – Ugly “, Morandini wondered who it was that, “with almost diabolical intelligence, has managed to use such offensive nicknames to create a personal mythology, a comic style, and a small industrial empire?”