Giuseppe Luraghi, An Intellectual for the Company 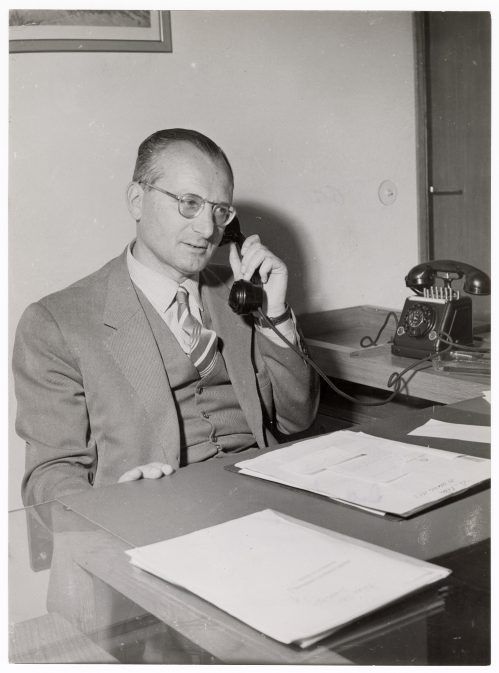 Giuseppe Luraghi, a company director, publisher, poet, and writer, was born in Milan on 12 June 1905. After graduating in Economics at Bocconi University in 1927 with a thesis on civil aviation, and after publishing his first articles on the same subject, Luraghi was taken on by Pirelli in 1930 and was sent to the company’s Spanish headquarters. The outbreak of the Civil War forced Luraghi to leave Barcelona, and in 1938 he returned to Italy, where he became the head of Linoleum, a company in the Pirelli Group.

During these years he also embarked on what was to become a literary activity that was particularly intense from both a creative and an entrepreneurial point of view. It was from an intuition of his, which came about in part thanks to his friendship with the poet and engineer Leonardo Sinisgalli, that Pirelli magazine was launched in 1948. It became one of the most fascinating publishing phenomena of the post-war period. Luraghi’s ability to understand and interpret the company led him to imagine an “informative and technical” magazine written by the company and addressed to the general public. It was a way of reaching out to the consumer with much more than just a simple advertising message. Above all, it was a way of conveying business culture.

Together with Sinisgalli, Luraghi enlisted a group of writers, painters, and photographers who represented the best of Italian and international culture at the time. Their task was to present the multinational company through the magazine and to convey its vision of the world in the period of Reconstruction. The result can be seen in the 131 issues of Pirelli magazine that hit the newsstands between 1948 and 1972. In 1949, a year after the first issue of the magazine had come out, Luraghi put his name to an editorial that conveyed a broad reflection on the value of entrepreneurship: “It is no miracle that an industry […] should take on the loftiest, most pressing task of bringing into the cultural debate those issues that are normally considered to be of a lower order […] and to look for what is best in apparently barren, mundane matters, with a view to raising them up and infusing them with the power of the spirit. It is no miracle but simply a natural act of rightful intuition and orientation.

It is a sign of sensitivity and foresight. It is a manifestation of the instinct for conservation – by means of elevation – of our species.” Giuseppe Luraghi left Pirelli in 1950 for a new business venture at Finmeccanica, and was chairman of Alfa Romeo from 1960 to 1974. In Finmeccanica, too, Luraghi successfully launched a company magazine, called Civiltà delle Macchine and Leonardo Sinisgalli was once again by his side. From 1977 to 1982 he was at the helm of Mondadori and throughout his life Giuseppe Luraghi, the manager, never stopped also being a writer and poet, and an essayist as well as a painter: he penned over 20 publications in the form of novels, essays, and poetry books, as well as numerous articles on economics, and his literary output remained very lively until his death in Milan in 1991. His true legacy is his understanding of a corporate culture that we now refer to as “industrial humanism”.