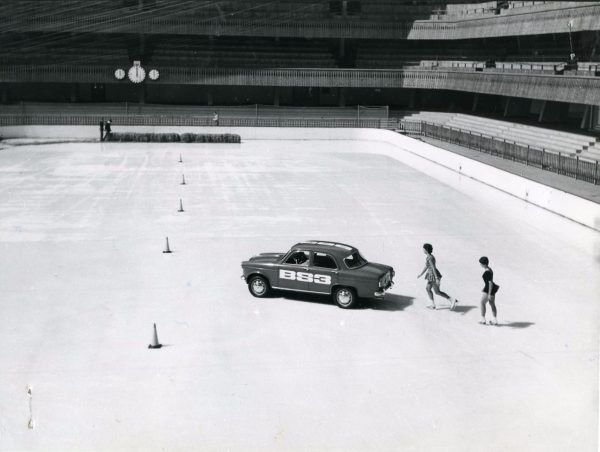 The coldest season of the year as seen by Pirelli documents and promotional materials conserved in the Historical Archive of the Pirelli Foundation.

Even at the end of the 1930s the first Pirelli winter tyre, Artiglio, was at the centre of product communication. Later, in the 1960s and 1970s photos and advertisements told many other stories: the new BS (Battistrada Separato, Separated Tread) tyre  tests in a Scopinich photoshoot in Cortina d’Ampezzo; the celebrity satire of Riccardo Manzi and Alessandro Mendini and the abstractions of Ilio Negri, Giulio Confalonieri and Bob Noorda in the adverts for winter tyres.

Pirelli also made a range of products for winter; from the 1940s to the 1960s, a series of items made from rubber were produced to “Help the hard life of skiers: jackets, boots with rubber soles, grips and baskets for ski poles, straps for attachments and Superga G3 boots.”And the skiers themselves were the stars of advertising campaigns like that of Ezio Bonini in the 1950s and Zeno Colò for Inverno tyres in 1954.

Among the various documents and materials of our Historical Archive which focused on winter, there is also the ‘Pirelli’ magazine, where the magic of Christmas is told through great names of the era in literature and design: from the toys of Bruno Munari, used to create an ingenious Christmas machine which made snow fall down on the Christmas tree, to the production process of Pigomma games illustrated by Fulvio Bianconi, and from a journey through the Christmas window displays of luxury New York and Paris stores in an article by Albe Steiner on the new Christmas trends in 1955 to the textual illustrations of Andrè François. And then? Christmas according to Umberto Eco: from a letter to his son to a satirical tale on ‘Christmas Consumption’. And that’s not all. In the pages of ‘Pirelli’ magazine you will also find stories of the world of skiing: from racing champions and new lifts to advice on how to become a great skier and avoiding damaging falls.

The relationship between Pirelli and winter sports continues today with the sponsorship of the 2017, 2019 and 2021 Skiing World Championship and the 2017 World Ice Hockey Championships. 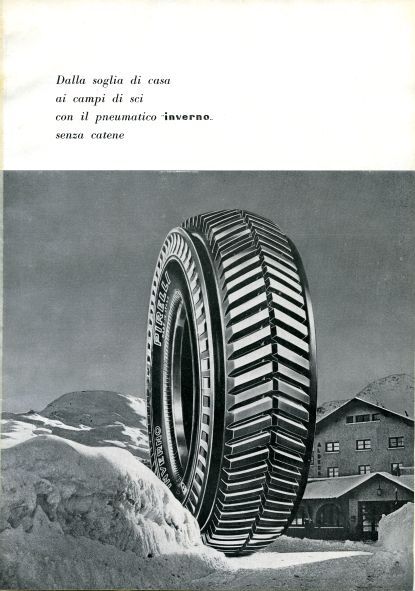 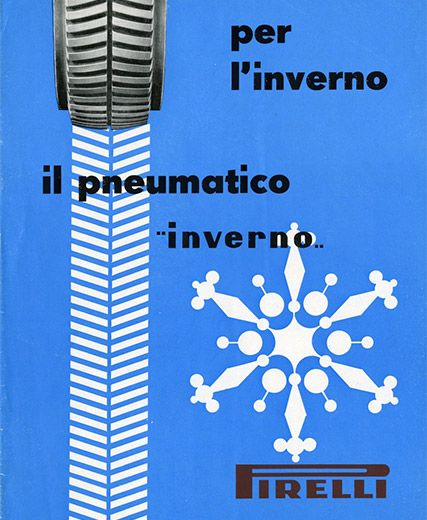 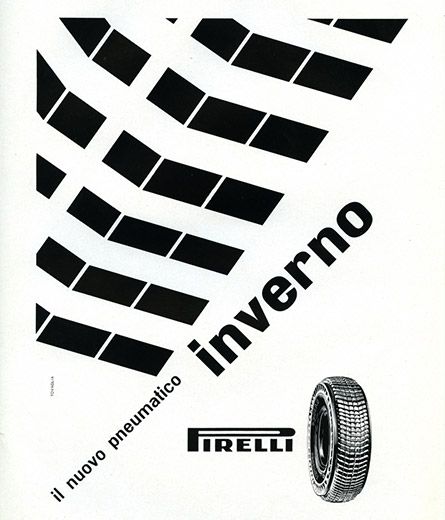 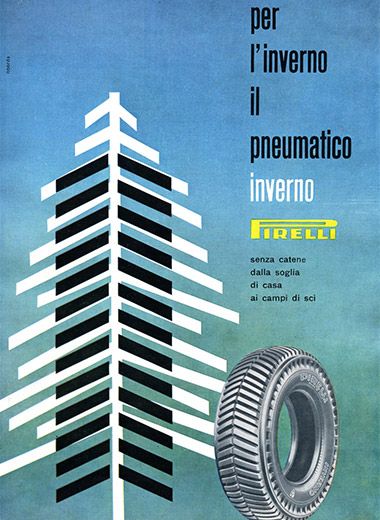 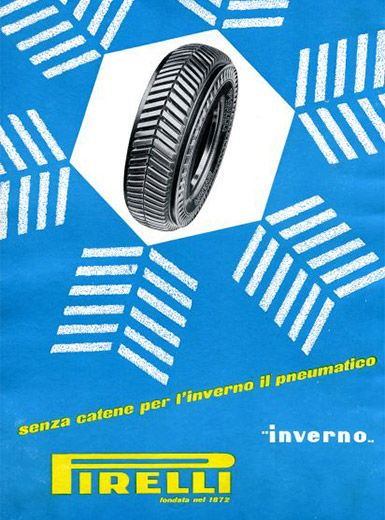 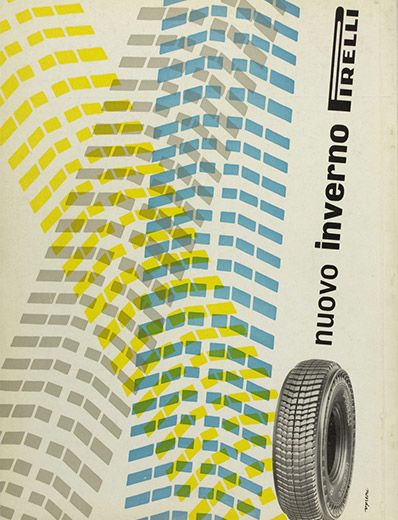 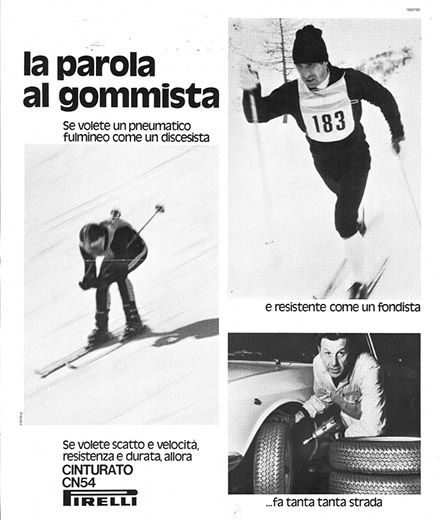 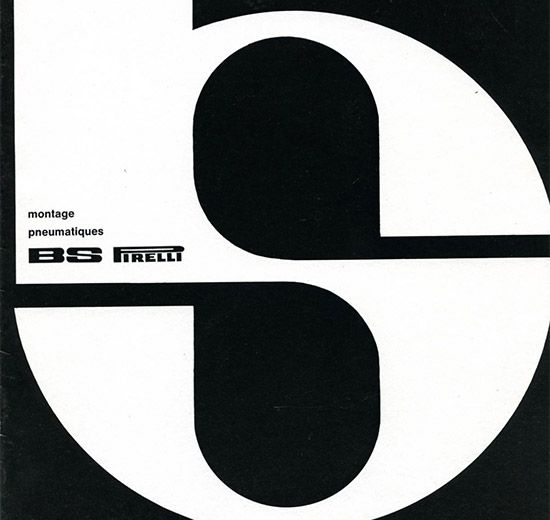 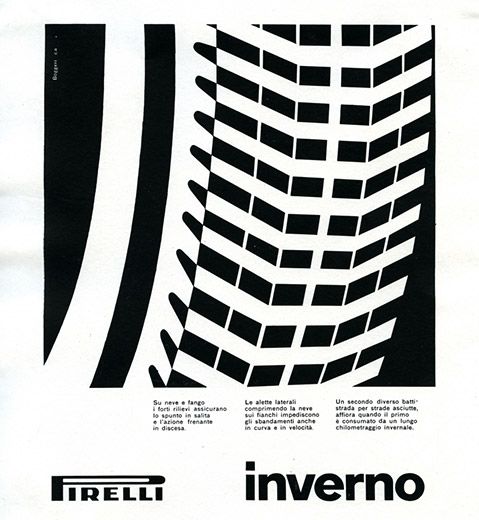 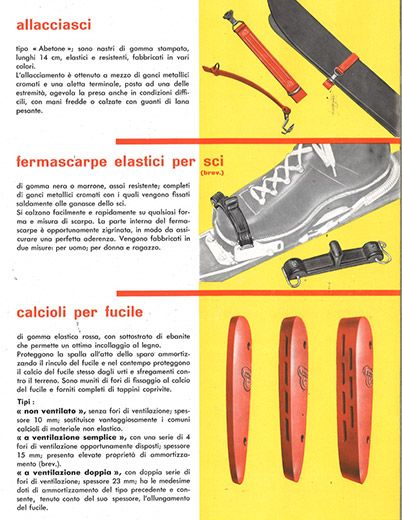 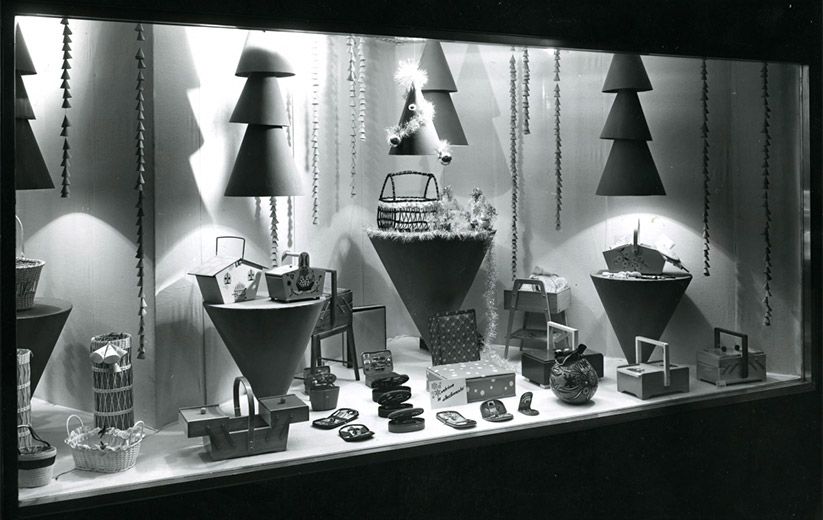 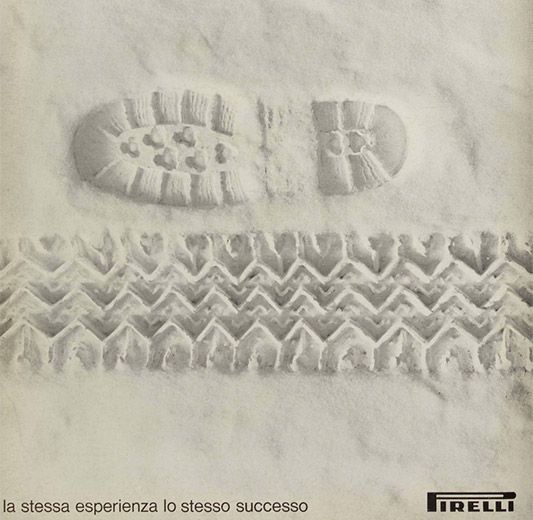