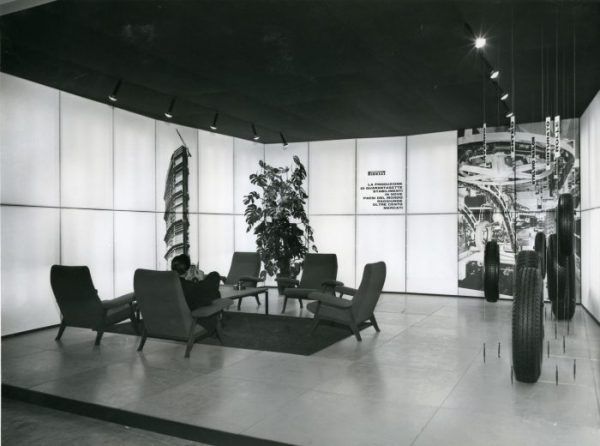 On Saturday 20 October, the Pirelli Foundation will take part in the fourth “Archivi Aperti” week (19-27 October 2018) organised by Rete Fotografia on the theme “Photography in Italy in the 1960s”, with guided tours of the rich photographic heritage preserved by the Foundation. In particular, it will show its photos for Pirelli: Rivista d’informazione e di tecnica, the historic company magazine published from 1948 to 1972. For over two decades, the magazine was an arena for the most advanced cultural debates in Italy. It epitomised the fusion of liberal culture and scientific and technical knowledge, with the contribution of famous authors such as Dino Buzzati, Italo Calvino, Gillo Dorfles, Umberto Eco, Arrigo Levi, Eugenio Montale, Salvatore Quasimodo, Elio Vittorini, and dozens of others.

For the extraordinary opening for the “Archivi Aperti”, a special guided tour will focus on the 1960s through the eyes of the great photographers who worked with the magazine: from Ugo Mulas’s encounters with the great protagonists of contemporary art to Arno Hammacher’s documentation of the construction of the Milan metro system. And then there are the photo shoots by Fulvio Roiter, Enzo Sellerio and the great photojournalism agencies of the time.

The collection of photographs used for the magazine consists of over 5,000 published and unpublished prints. These are some of the approximately 700,000 photographs of products, factories, trade fairs and shows, and motorcar, motorcycle and cycling races, as well as fashion shoots, that constitute the photographic holdings of the company’s Historical Archive.

During the special opening for “Archivi Aperti”, visitors will also be able to see Advertising with a Capital P, the new multimedia display put on to celebrate the Foundation’s tenth anniversary. The event is devoted to Pirelli’s stunning audio-visual materials, with a focus on the company’s advertising campaigns from the 1970s to the early 2000s.