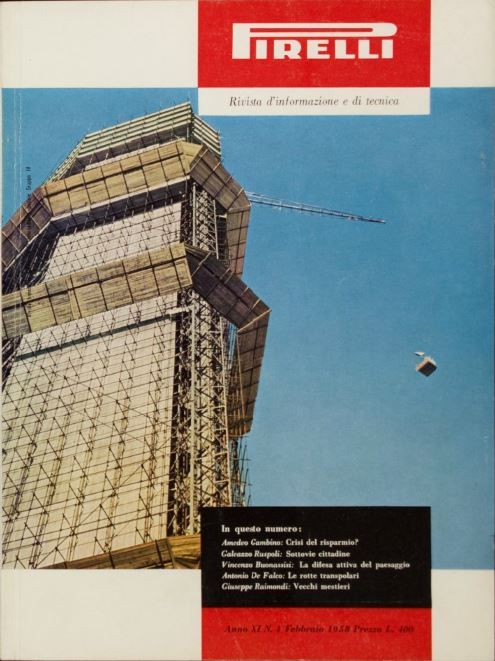 Sixty years have passed since the foundation stone of the Pirelli skyscraper was laid. To celebrate this memorable event, the Regione Lombardia is holding “The Ages of the Skyscraper” exhibition on the 26th floor of the skyscraper, in collaboration with the Milan Triennale and as part of the 21st International Exhibition currently on in Milan. The anniversary is also being celebrated with unique Pirelli Foundation: photographs, drawings and posters illustrating the construction of the skyscraper and the Pirelli years.

Work began on the Pirelli Centre, known to all as the “Pirelli Tower”, in 1955 to a project by a group of professionals led by the architect Gio Ponti. It was  Alberto and Piero Pirelli in person who wanted the company’s new premises to be built on the site formerly occupied by the Cascina Brusada, destroyed by bombing in 1943 and right opposite the place where the first factory had been constructed in 1872. When it was inaugurated in 1960, the Pirelli Centre was hailed as more than an architectural masterpiece or the  modern headquarters of a great multinational corporation. It immediately came to symbolise a fresh leap into the future by a country busy constructing its “economic miracle”.

The documents selected from the Pirelli History Archives include pictures from its abundant photographic archives retracing every step of its construction: from casting the first foundations to inauguration, and illustrating the building’s interiors and exteriors. Also on show are covers of the “Pirelli” magazine (1955,1958 and 1959), an original design portraying the site of the factory in Via Ponte Seveso dated 1922 and built for the celebrations of its 5oth anniversary, and the catalogue“La moda e il grattacielo” with photos by Ugo Mulas and a layout by Bob Noorda. A 1964 poster in which a young Umberto Eco is asked to preside over a talk on “Cultural industry and mass industry” also illustrates the life of the skyscraper and cultural events held at the “Pirelli Cultural Centre”. Visitors are accompanied by quotes from an article by Dino Buzzati containing skyscraper anecdotes and published in the “Pirelli” magazine.

The exhibition opened on 25 May in the presence of representatives from the Regione Lombardia, the Triennale and the Pirelli Foundation.

The history of the skyscraper is included on the “The Architectures of Industry: from the Bicocca Project to the Industrial Centre in Settimo Torinese exhibition route. An itinerary visiting Pirelli locations and stories” curated by the Pirelli Foundation and part of the 21st Triennale di Milano International Exposition – “21st Century. Design after Design” of which Pirelli is an Official Partner. 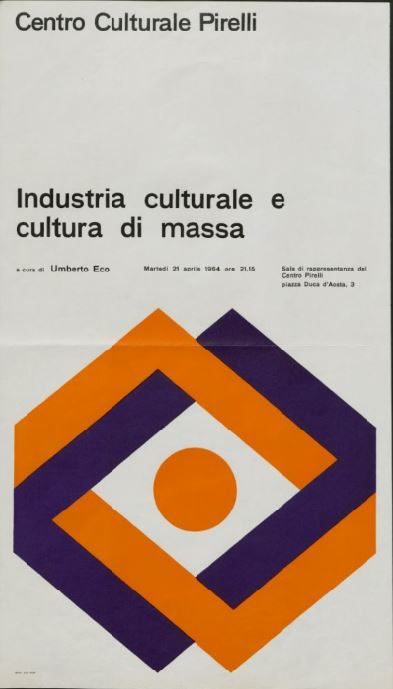 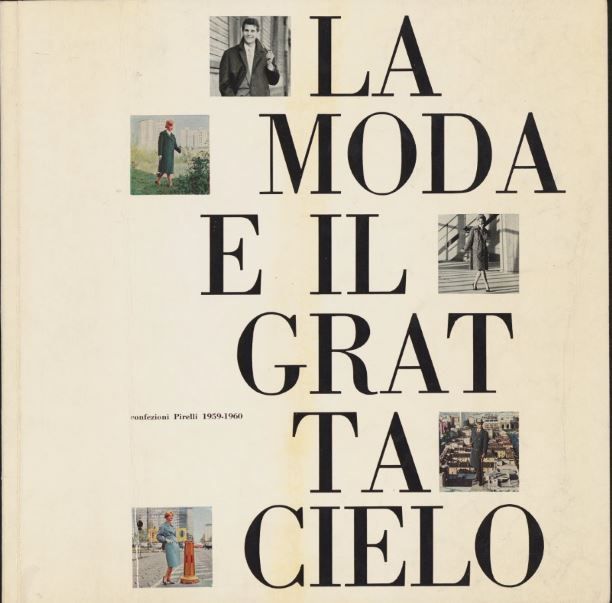