Amid meccatronics and vouchers, the contradictory face of an Italy that is growing little and badly: a challenge of trust 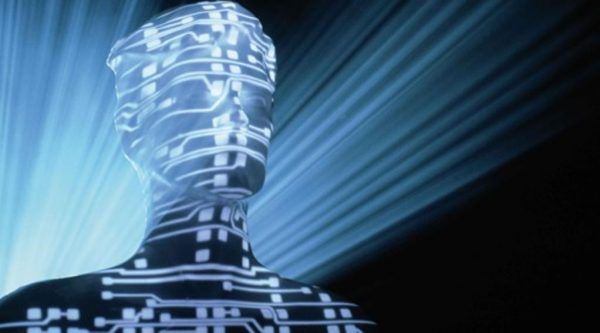 The mechanical industry is changing its name. To meccatronics. Precision mechanics entrusted to production robots linked up in a network of digital relations. An Italy which is therefore dynamic, competitive, in a good position on the international markets (nevertheless an open challenge, even in this season of walls, neo-nationalism and vulgar protectionism).

In newspaper and website headlines, on the same days, the two faces of innovation and backwardness are in contrast and even partly overlap. “Industry, information technology and robotics, even with innovative trade union agreements, such as the new contract for the engineering industry, focusing on training and corporate welfare. And ‘karstic flooding’ with trades that are sinking quickly, freelancers with a VAT registration number with low incomes concealing an actual employment relationship, vouchers”, sums up Aldo Bonomi, a sociologist who is careful to follow “the tracks and subjects” in the “microcosms” of social transformations. All this has a strong geographical connotation, between North and South. Indeed, in the South where what is commonly referred to as the “Third society” recorded by the Hume Foundation (IlSole24Ore, 12th February) and comprises those who are “left out” and in other words unemployed, black-market workers and inactive people who do not see any chance of employment touches 48.5% of the workforce, compared to a national average of 30% (which is still an alarming figure, on the rise in recent years and well above the rate in Germany and France: “A negative wave that could lead to new social tremors”, according to Luca Ricolfi, statistical economist).

North is in fact meccatronics (in the South, especially in Puglia, there are a few isolated islands, but no interlinked production fabric). And it is “Industry 4.0”, the innovative dimension of manufacturing which, already growing in the USA and Germany, is searching for its particular paradigm in Italy, suitable for a set of smaller and medium-sized companies rather than medium-to-large ones, in districts and networks, and articulated supply chains across territories with a more robust industrial vocation but also capable of gaining ground on an international scale. The Government, with the choices made by the Ministry for Economic Development to provide fiscal and financial support to those who invest in technology and machinery as well as in research & development, is taking steps to lend a hand.

This is frequently discussed, among entrepreneurs, at the European heart of quality manufacturing, in “greater Milan” a hybrid of industry and hi tech corporate services, in Piedmont where meccatronics is a distinguishing feature of post-Fiat automotive industry, in the dynamic province of Brescia and Bergamo and in the North East and in Emilia, where precision mechanics and “machinery to make machinery” are developing. Despite everything, this industry is growing. It can be compared with the stronger European industrial areas, such as Bayern and Baden-Württemberg, Rhone Alpes and the dynamic Catalonia. Manufacturing already currently has an incidence on the GDP similar to the German average, in excess of 20% (so already beyond the targets that the EU asks to be achieved by 2020).

“New capitalisms in Lombardy and Veneto”, as efficiently summed up by Bonomi (IlSole24Ore, 12th February), nevertheless accounting for the force of the “Milan centre of gravity”, the smart city capable of protagonism and plans (Assolombarda testifies to this) and the uncertainties in the North East, dynamic and with a robust “entrepreneurial social capital” yet still devoid of a vision, of a common project. To be built by companies and territories, redesigning new development opportunities.

What about the rest of Italy? It trudges on. Its industry is still too tied to the domestic market (for years substantially reducing consumption levels). It is small. Innovative and competitive to a small extent. Familialism. Closed off.

The effect of this dualism, amid innovation and conservation, corporate spirit and welfarism, partially North and South, is reflected on the GDP growth indexes: laboured, below the EU average. The great long stagnation.

Statistics aside, anyone travelling in the large complex Italian province will still detect traces of dynamism. It is clearly visible in the areas of Lombardy, Emilia and the Veneto where companies are undergoing changes, where the social aspect plays the leading role (also with representative organisations) in an albeit difficult economic and social growth. A dynamism that it would a serious mistake to thwart and disperse.

The challenge is all here: giving business trust. And moving, towards companies and the market, savings, in forms of investment. A political challenge (a horizon of sense and security, beyond the albeit essential stimuli and supports for Industry 4.0). And a cultural one. Public debate, in addition to discussions about early elections or not, and internal duals within the centre-left and the centre-right, should finally take it on.