Business builds culture: the debate on values and crisis at the Trani Dialogues and recent Confindustria events 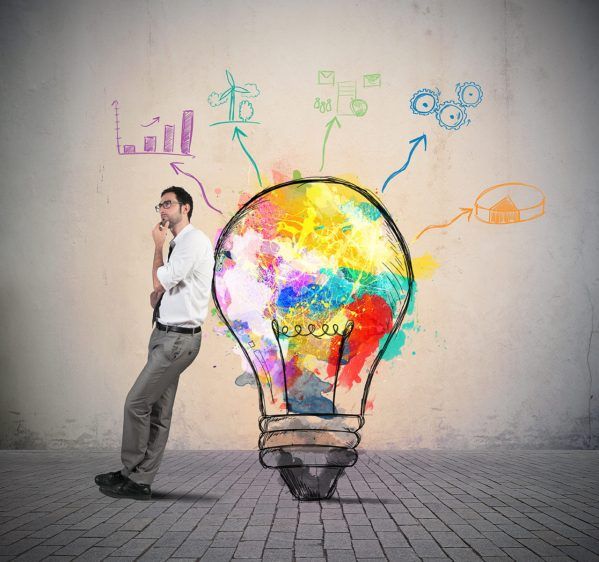 In times of major social, political and economic changes, it is crucial to draw new maps, to create a geography of hope and relationships. Or, to use the words of historian Aldo Schiavone at the recent Trani Dialogues, to “re-design the forms of humanity and the world”. To study the “crisis”, both as a danger and as an opportunity. This means attempting, with the passion and commitment required of any serious intellectual effort, to redefine words like “individual”, “democracy”, “work”, “equality” and “diversity”, rendering them capable of expressing fractures, transformations, metamorphoses.

Schiavone argues that “the age of labour – labour understood as a good provided in exchange for a salary, as an instrument of personal freedom and dignity – is behind us, destroyed by the technological revolution”. She then adds: “We live in an age with more and more technology yet less and less work – or at least the kind of work that constructs social bonds”.
Not everyone will agree with such a drastic analysis. Yet, it clearly raises serious issues that impinge on the world of companies, on their value systems and on their culture. Companies are at the very core of these technological transformations: they promote them and endure them, they experience their limitations and are forced to experiment with new governance forms and structures in order to redefine their competitiveness on local and global markets, but also to rebuild their social legitimacy and their reputation as positive entities capable of shaping a better future.

For open-minded companies and their organisations, however, the central role of work is not in question. If anything, we need to reconfigure it (following, for instance, guidelines like the ones proposed by economist Enrico Moretti, the Berkeley professor who wrote The New Geography of Jobs). And, of course, we need to learn how to incorporate the digital tools of Industry 4.0 and the opportunities offered by hi-tech innovations (starting with 5G) into an original culture of work, knowledge and organisation. This culture must be founded on skills, ability, unrelenting research and a new understanding of rights and duties in the name of responsibility – not just on the part of entrepreneurs, managers and workers, but on the entire universe of stakeholders (unsurprisingly, “responsibility” was the number one buzzword at the Trani Dialogues).
Indeed, many jobs will undergo transformations, many others will disappear altogether (especially the more repetitive and low-skill ones) while others still will emerge (some of which, as of now, we simply cannot foresee). We must prepare and plan for these changes. Human intelligence, after all, creates and controls artificial intelligence, and we shouldn’t be deceived by technophobic paranoias, as the brilliant and erudite union leader Marco Bentivogli warns in his book Contrordine compagni (Rizzoli). Rather, we should embrace the discussion about “Business Culture” and attempt to answer the questions posed by philosopher Remo Bodei in his book Dominio e sottomissione – Schiavi, animali, macchine, Intelligenza Artificiale (Dominance and Submission: Slaves, Animals, Machines, Artificial Intelligence) (Il Mulino).
Training and social support policies must accompany the process: this is a task for public administrations (at both the domestic and EU level), but it should be approached in collaboration with the companies themselves.
The goal is to achieve a kind of “reformist” entrepreneurial model that is capable of combining productivity, profitability, sustainability (both social and environmental) and competitive capacity while seeing the value of people. Such are the cornerstones of a “circular and civil economy”, and they need to be implemented rapidly enough to grasp the meaning – and possible consequences – of any change on the horizon. In a nutshell, we need a new and better “work civilization” to upgrade the “machine civilization” that emerged in the Fifties, during the social and economic boom that reshaped Italy and Europe (I am paraphrasing the title of an outstanding in-house magazine launched in 1953, La civiltà delle macchine, edited for Finmeccanica by Leonardo Sinisgalli, the engineer-poet who, alongside Arturo Tofanelli and Vittorio Sereni, had previously been in charge of the Pirelli Magazine, which to this day remains a shining beacon of “industrial humanism”).

Sinisgalli’s name also came up at another recent event dedicated to businesses and their culture, namely the Confindustria conference held in Matera, whose theme for this year was “Culture, community, business: the values of Europe”. Sinisgalli was born in the nearby town of Montemurro (where a Foundation that bears his name is very active to this day) and had a successful managerial career at Olivetti, Pirelli, Finmeccanica and finally at Mattei’s ENI. Humanism and science, poetry and mechanics, people and machines: this is an intense literary and industrial undertaking, which yields original amalgams like a true “polytechnic culture” should.

Herein lies the key for talking about business culture: businesses need culture, as an instrument of innovation, but they themselves are dynamic producers of scientific and technological culture, of work culture, of quality culture, of beauty. It refers to a synthesis between science and humanism – the aforementioned “industrial humanism”. An extraordinary culture of development, founded on such values as inclusivity, social awareness and environmental sustainability, must be made into the very pillars of a company’s competitiveness.
Factories, corporate headquarters and research labs are places of culture (as brilliantly expounded by Primo Levi, who was a factory chemist long before he became a giant of literature, in two essential books: The Wrench and The Periodic Table, both originally published by Einaudi). Collaborative relations between people who are committed to innovation create a rich cultural fabric. The drive to stimulate and embrace changes, in both social customs and consumer habits, is in itself a cultural strategy. Decoding complexities, in order to preserve productive and market processes, requires strong cultural tools, and will in turn produce a new culture. And the reality of today’s businesses, which are both active and open, suggests the need to replace the traditional (dichotomous) notion of “business and culture” with the idea that “business is culture”. This, in many businesses, is already happening. Once a business realizes this, it can construct a more appealing narrative for itself.

Follow the money: Falcone’s rules still apply for fighting the mafia organisations attacking the economy and businesses
The reasons why we should employ the best Italian energies for a recovery and development plan, making good use of EU and ECB resources
Business builds culture: the debate on values and crisis at the Trani Dialogues and recent Confindustria events
Load more
Grazie per la tua richiesta
Abbiamo preso in carico la tua richiesta, il team della Fondazione Pirelli ti contatterà per confermare la disponibilità.
Grazie per la tua richiesta
La prenotazione al momento non è disponibile.
Thank you! Registration was successful!
We have sent you an e-mail to the e-mail address you provided. Click on the link inside to confirm the registration.
Register
Already registered click here
Warning! Check the correctness of the data entered.
Enter
Forgot password? click here
Warning! Check the correctness of the data entered.
Forgot password?