Companies invest, innovate and export but they are restricted by the limitations of the surrounding infrastructure 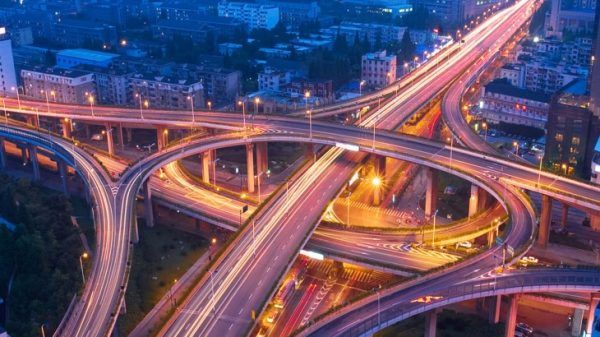 The best Italian companies are working tirelessly to produce, to innovate, to become more competitive and to export to and invest in the most dynamic markets. They are striving to make the best of their capital and intelligence so they can grasp all the opportunities  the ‘digital revolution’ has to offer (an idea reflected in recent days at the Make in Italy Festival in Thiene, Vicenza, as well as at the Festival dell’Economia in Trento). The problem is that they then find themselves slowed down by a bottleneck which makes their work far less productive: a lack of infrastructure. And so they are forced to hobble along in comparison to their rival companies from other European countries (such as Germany and France) which boast better and more efficient infrastructure: not only railways, roads, ports and airports, but also telecommunication networks and broadband for digital connections.

The fact that inadequate infrastructure and logistics are a significant constraint on Italy’s growth is confirmed in “Keep calm & Made in Italy”, the latest report on exports from SACE (the public limited company which supports foreign investments), presented on 12 June. To start with, a piece of data: Italy loses 70 billion euros in exports annually, 4% of its GDP, due to the lack of commercial infrastructure, particularly rail and maritime. And though there has been investment in recent years (147 billion euros in logistics from 2013 to 2017), we are still behind Germany (248 billion euros invested over the same period), though a little better than France (122 billion), which had done much more in the long preceding period. Italy’s investments have also been slowed down by bureaucratic inefficiencies and a climate of hostility in certain areas of public opinion which finds its way into political agendas and ‘agreements’.

The comparison with Germany is compulsory: Italy is the second biggest manufacturing country in Europe after Germany, and the first in several industry sectors (chemical, mechatronics, cutting edge pharmaceuticals and home furnishings). Our companies, especially in the ‘A4 Region’ (along the motorway route from Piemonte to Friuli and extending towards Emilia with its ‘pocket-sized multinationals’), have an extraordinary international dynamism, but we pay a ‘logistical’ cost which is too much of a restriction on our competitiveness.

This is also demonstrated by an international index, the World Bank’s Logistic Performance Index, which awards first place to Germany and only 19th place to Italy. The Global Competitive Index from the World Economic Forum is in agreement. It awards first place for the quality of infrastructure related to international trade to the Netherlands, followed by Germany, Japan and the US. France is in 9th position, the UK in 11th and Italy just 26th (“IlSole24Ore”, 9 June).

According to the SACE Report, the explanation for this lowly position lies in Italy’s ‘sea routes’: we have actually done very little – we have failed to exploit the extraordinary geographical position at the centre of the Mediterranean and, as a result of the “insufficient investment in maritime and port infrastructure between 2013 and 2017, Italy has lost connectivity concerning the principal international maritime networks.”

Infrastructure is a key area for growth, then, in order to improve the connections between Italy and its companies, the rest of Europe and the world.

Especially in a moment in which there is discussion of radical changes and regulations of international trade (as the recent G7 summit shows), with tensions on the rise regarding customs duties in the open game being played by the US. It is essential that Italy’s system, the government, the political parties and the relevant social actors define a clear strategy for growth which includes infrastructure and industrial policy among its fundamental principles.

There are some worrying tendencies emerging in this area from the majority which supports the government and seeks to banish infrastructure to the margins in the name of mistaken environmental interests. It is well worth listening to the positions of the presidents of the various regions, including Chiamparino, PD, in Piemonte and Zaia, Lega, in Veneto (“La Stampa”, 8 and 9 June), as well as Toti, Forza Italia, in Liguria, Bonaccini, PD, in Emilia Romagna and Beppe Sala, PD, the mayor of Milan. Though of differing political persuasions, they all insist that infrastructure and ‘large-scale works’ are central to the program of government and in the resulting decisions regarding investment.

There are also great international games unfolding which are seeking out Italy and its companies. Beginning with the Belt and Road Initiative, the project for a ‘new Silk Road’ between the Far East and the West, which China insists on and invests in, and which was recently at the centre of a series of meetings and initiatives from the Italian-Chinese Business Forum.The Mediterranean and the Italian ports could well have a major role to play, while Italian companies could seize extraordinary opportunities for growth in new markets. The SACE Report is very clear: “For Italy, the Belt and Road Initiative in its current configuration is an incentive for the modernisation of logistical infrastructure, a chance for collaboration and a stimulus for growth.”