Digital culture in schools, the proposals for reform and the need for critical and responsible knowledge 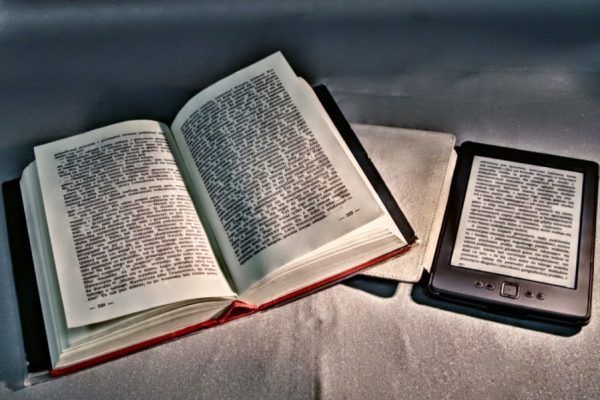 A rulebook from the Ministry of Education, on the use of mobile phones as a didactical tool, has just arrived in Italian schools. It represents a discussion, based on extensive consultation, about the need to improve, especially in the school environment, students’ knowledge of the digital world, and also about the proposal to create a specific “grammar school for digital culture”. These are core ideas for the economic development of the country, but also and indeed more particularly for its system of cultural and social relationships, for the dissemination of news and, why not?, for the very maintenance of our long period of democracy itself.

An opportune debate, then. To which an essential contribution has been provided by Francesco Profumo, ex-minister for Public Education, Universities and Research (but also ex-chairman of the CNR – Science Research Council -, ex-rector of the Polytechnic University of Turin, and now chairman of the San Paolo Foundation, one of the most prestigious cultural and social institutions in Italy).

In an article from the “Avvenire” newspaper (19th January), in the course of his contribution to a debate launched by this daily paper from the Episcopal Conference, professor Profumo gives a favourable view of the idea of a “grammar school for digital culture”, insists upon a reform of the educational system which still relies too heavily upon the educational canons drawn up in the 1920s by the minister Giovanni Gentile and inspired by idealism and crusading history, and looks forward to the prospects offered by the labour market as regards its quantitative and qualitative aspects: a workplace “ which is not just the reflection of technological change, but which is also influenced by a combination of other variables, such as environmental sustainability, globalisation, demographic change, an increase in inequalities, and political uncertainty”.

These are all issues which require new teaching and learning methods and new programmes: “It is becoming essential to acquire literacy and to develop digital skills and competencies not simply via the use of informal mechanisms, but also via the utilisation of formal methodologies, which should be acquired in a scholastic environment and via experiences which alternate between school and work”. Perhaps, in fact, a “grammar school for digital culture”. Or perhaps also – and it is worth adding this – a robust commitment to the digital culture in all our scholastic structures, from compulsory schools to the numerous and varied further educational institutes.

The “rulebook” from the ministry is useful, even if it only covers part of the issue. It is worthwhile considering, on a more ambitious scale, a “responsible digital education” (Pierangelo Soldavini, “Il Sole24Ore”, 21st January) and to provide a framework for the use of mobile phones and tablets as tools for learning for which there should also be clearly defined limits and possibilities. Dante, Petrarch and geography on-line? Why not? On condition that we do not lose sight of the purpose of study as a serious commitment, for research, handled responsibly, without falling victims to the commonplace fashion for their use purely for playing games.

We are in fact facing a situation where cultures and jobs are changing. Profumo is completely correct. We need better knowledge. Not so much competencies, which are acquired over the course of time, recognising perfectly well that the need for ongoing training, for long life learning, is and will be ever more widespread. But rather, specifically, knowledge. And an ability for critical reasoning. A method, much more than a technique. An ability to go critically to the heart of issues: “Adess ghe capissarem on quaicoss: andemm a guardagh denter” is inscribed on part of the entrance to the Pirelli Foundation – in order to understand something, “let us look inside” a machine, a process, a technology, according to the quip attributed to the engineer Luigi Emanueli, a scientist and entrepreneur during the first decades of the 20th Century, the time of the tremendous growth of Pirelli, of its hi tech excellence and the sophisticated “civility of the motor car”.

Going critically to the heart of issues. Precisely that method which the scientific culture of the 20th Century has bequeathed to us: that habit of “falsifying” everything which was dear to the heart of Karl Popper and his “open society” (always attempting to disprove any new scientific theory, to seek new data and create new experiments in order better to validate or invalidate their worth, and then to move forward), the understanding that science is a condition in a state of flux, where nothing is a given for ever. An extremely pertinent example of this was also the debate, which was often harsh and incisive, in the first half of the 20th century between Niels Bohr and Albert Einstein on the foundations of quantitative physics, relativity, the nature of chance, the “principle of indetermination” and on scientific and ethical questions (this is well-documented by Gabriella Greison in “L’incredibile cena dei fisici quantistici” [The incredible supper of the quantitative physicists], published by Salani).

Critical analysis, then. In accordance with the teachings of Kant. Knowing that among the characteristics of the digital world there is the constant change that affects relationships, materials, technologies, environments, and life and workplace habits. Which pervades the digital world itself. And, indeed nowadays, not just the logic of its workings but also its “acceptability”, its social legitimisation.

“Il mondo nuovo della Silicon Valley che spaventa tutta l’America” (The new world of Silicon Valley which frightens the whole of America), has been described in the “la Repubblica” newspaper (15th January) by Enrico Moretti, an economist at the University of California (his most famous book is “La nuova economia del lavoro” [The new geography of jobs] published by Mondadori), where he outlines how the hi tech universe, which is innovative, global, cosmopolitan, cultivated, liberal, extremely productive and embodying a high degree of respect for the environment and for civil rights, is becoming ever more unpopular, in the USA, not only within the right-wing public opinion represented by Trump but also in left-wing, democratic circles, where people are fearful of violations of privacy, disinformation from fake news insufficiently held in check, and abuses of the dominant position held by the digital colossi in a conspiracy against consumers. The recent revelations about the vulnerability of IT systems and about related financial speculation have worsened the picture.

The cover story of “The Economist”, in its latest issue, also confirms that the system of values and trust in the digital world is in crisis. “Taming the titans”, reads the heading, set against a disturbing dark red background featuring three steel monsters with the symbols of Amazon, Facebook and Google. A warning that we need to neutralise or render inoffensive these giants: “How can they be controlled?”.

This is a turnaround in direction and consensus which demands careful reflection. Opposition cannot be carried out Trump-style, all populism and “Luddite” attitude.

The digital world is our reality, in our manufacturing activities, in our movements, in our interpersonal relationships, in the safeguarding of our environment and in our construction and management of more easily inhabitable smart cities. With positive processes. And radical improvements in the quality of life and work.  Therefore we need a more critical culture, and a knowledgeable attitude which allows us to understand and direct its processes and prospects. Starting with school, precisely. Our digital natives, and that means our children and grandchildren, cannot avoid increasingly becoming the actors who are the most aware of this world.