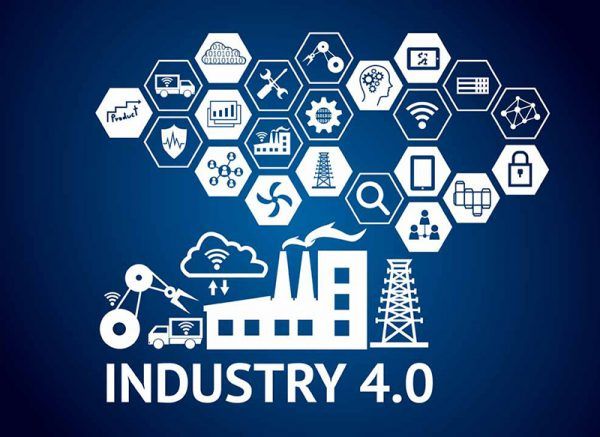 Despite everything, there exists an Italy which is working, investing, and keeping an intelligent eye and open outlook on a world which is changing. In these times of dramatic political and institutional crises, while certain people try to bring into question Europe and the euro, altogether different signals are emerging from the realm of the economy: industry is innovating and growing, as it looks to square up to international competition. The news is this: we have launched the eight Competence Centers designed, with the help of public funds (73 million euros), to support and to finance Industry 4.0, that is to say the most cutting-edge Italian manufacturing, with particular strengths in automation, robots, big data, 3D printing, the Internet of Things, and digital innovation coupled with the Italian tradition of “making beautiful things which the world loves”. Completely the opposite, in fact, of a provincial attitude – the best of Italian businesses, used to dealing with market challenges, rather than shutting themselves away within a damaging and short-sighted protectionist cocoon.

The eight Competence Centers, as defined by the ministry for Economic Development, are designed to bring together universities, research centres and businesses in the work they carry out. At the top of the list are the Polytechnic Universities of Turin (which will deal with the digital applications of manufacturing, with particular focus on the automotive, aerospace and energy sectors) and of Milan (in a drive to create a truly digital factory). Then there are the Alma Mater of Bologna (which will deal with big data), the Sant’Anna Further Education College of Pisa (for robotics, in collaboration with the Italian Technological Institute of Genoa), the CNR and the universities of Padua, Rome and Naples (in collaboration with Bari). For businesses, amongst the many, there are FCA and Leonardo, General Electric Avio and IBM, Siemens, ENI, Brembo, IMA, Comau, STM and others too.

The key principle for their work together: innovation. Their objective: to strengthen the competitive ability of Italian manufacturing. There is also an important political message being sent out here, which whoever ends up in charge of the country’s government needs to take very seriously into account: there exists an industrial policy, imposed by preceding governments, via funding and tax incentives, which has set corporate investments in motion again and which we need to continue to support, to avoid a slowdown in growth and therefore in the creation of qualified jobs. The Cottarelli executive, in its day-to-day management of administrative matters, will carry forward the initiatives which have already been launched. In contrast, within the “Contract” between the League party and the 5-Star Movement, there is sadly hardly any mention at all of any industrial policy. The next election campaign, in all rationality, should focus on how to consolidate the fragile Italian recovery, specifically by stimulating industry, research and innovation, instead of charging around with talk of sovereign states with closed borders, interventionist support for easy pensions and citizenship incomes which disincentivise work.

The investments in Industry 4.0 represent an important impetus for recovery. They are critical for attracting international capital into our country and thus strengthening the virtuous circle of growth. This is confirmed by the recent FDI Confidence Index, the annual classification by A.T. Kearney relating to the attractiveness of different countries: in 2017 Italy was in the “top ten”, behind the USA, Canada, Germany, the United Kingdom, China, Japan, France, Australia and Switzerland. A jump of three points, and a sign of dynamism and quality. 30 billion euros was the amount of foreign capital invested in Italy in 2016. This positive trend is still under way, but could slow down or even cease altogether as a result of political uncertainties or governmental choices for protectionist clamp-downs or rifts with the EU.

International investors – explain those in charge at A.T. Kearney – are appreciative of the funding for Industry 4.0 and the continuing ability of Italian businesses to increase their share of exports in the global markets, as shown by the increasing presence in Italy of start-ups and innovative companies. “Robots and creativity – Italy more attractive to foreign capital”, is the efficient summing-up by the “Il Sole24Ore” newspaper (3rd May). The Competence Centers will now be one more source of stimulus. For a competitive economy. And an open one.