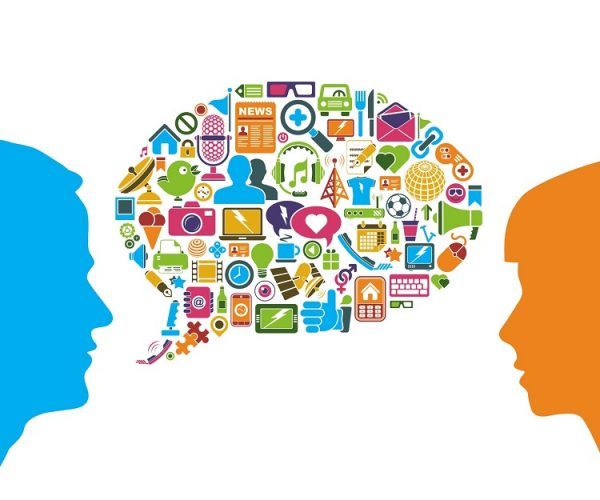 Work and productivity. But also and most of all work as dignity, responsibility, being part of a community. “Fewer e-mails and more personal dialogue”, suggests Brunello Cucinelli, the entrepreneur from Umbria who has turned luxury “made in Italy” clothing into a successful international business based on the key concept of corporate culture. “I defend interaction between people in an office, in a shared workplace. It is through sharing and dialogue that the best ideas come about”, states Carlo Ratti, architect and engineer, director of the Senseable City Lab of the Mit (Massachussets Institute of Technology) in Boston, a key place to study how the new technologies are changing cities (CorriereInnovazione, 2nd December).  To rethink work, in short, you need a kind of new “industrial humanism”, to use an expression that is dear to the Pirelli Foundation elaborations. Or even a new “digital humanism”, tying the opportunities offered by the new digital technologies to the recovery of relations between people: the context of a corporate culture where “community” is closely linked to “competitiveness”, emphasising the common root: “cum”, moving together. With a “dià” (through) “logos” (talking), a dialectic comparison between different people.

Let’s start with Cucinelli: “We have removed e-mails, or rather we have reduced them down to a minimum, to resume using the telephone or direct meetings. You get everything in a phone call, you hear how the other person is feeling, you create a better interconnection between people. When you send a message, on the other hand, you lose the global perception of things, you use a cold tool, and to understand fully and find a common point you end up wasting more time” (Linkiesta, 2nd December). It is an important thought, which many of us have probably had. Without considering that the language of e-mails is by nature assertive and not conversational, and it takes on hi tech neo-bureaucratic tones, generating misunderstandings, flooding an important communication in an over-abundant flow of para-information and often creating scapegoats (“I had e-mailed you about this, didn’t you read it?”…”but you were ccd in the e-mail…”). Better to look at one another straight in the eye for as long as possible. Speaking directly to each other. Trying to find a sincere dialogue. Quality and efficiency of shared work can only benefit from this.

The second observation comes from Ratti: “In the 1990s, there were people who predicted, beside new forms of cities, the disappearance of offices as necessary workplaces. The end of distances was forecast. Nicholas Negroponte thought that technology would reduce the need to meet up. It is true that these days, you can even go and work from the top of Mount Everest. But the question we should ask ourselves is this: why would you want to work from the top of a mountain?”. Negroponte, guru of information technology and an authoritative profession at the same Boston MIT (hence a colleague of Ratti’s) was naturally right. But only in part. Because the new digital technologies end up being truly productive and stimulating for creativity only if they are used as facilitators of inter-personal relations. Not an absolute must in itself. But as a tool. To save time, of course. And to improve access to dialogue by bridging distances. But without claiming that they can replace direct dialogue just as effectively (perhaps using Skype or Facetime).

According to Ratti’s observations, we can also take notes and think about “smart working”. This practice is becoming more and more widespread, even in Italy. Stimulated by provisions made by the former Renzi government. Discussed with interesting agreements between companies and trade unions. Experienced positively by workers to try to combine work time with life outside work. And seen as an improvement in the sense of responsibility and a new work culture: the results are assessed, not the respect of the formal hours of presence at the office. All this is true. Yet there is a “but”: creativity, innovation, productivity also stem from direct dialogue, from the habit of exchanging opinions, all activities where the presence of all parties concerned in the same workplace is necessary. And the sense of identity and belonging grows better in conditions of sharing – both intellectual and physical. In short, smart working should be considered within the context of a general reconsideration of work styles and cultures, of the form of workplaces and productive layouts. An innovation with some controversial aspects. To be governed well, and smartly. Especially in seasons where the “economy of knowledge” prevails, where “digital” processes and “sharing economy” cultures are spreading more and more, leading to new inter-relations, and new thoughts.

The third reflection stems from the profound sense of the word “intelligence”, from the etymology that shows it derives from “tying together”. Connecting things, concepts, feelings that were not connected. Participation and community, once again. As well as thoughts that had never been had before. It is the relationship between creativity and “distraction” (Marco Belpoliti, “la Repubblica”, 10th December). The idea comes from Steve Jobs: creativity is the result of an unusual connection, seeing something that nobody had ever seen. To be successful, you don’t need a serial, productive, finalised thought. But rather a wandering thought. “Distraction”, in fact. The movements of intelligence with the curiosity and the keen eyes of the wanderer, of those who travel across a city not according to set routes, but wandering along new, unknown roads, to be discovered with the intelligence of the heart and a taste for emotions (here we are again, this “tying together”). As taught by a great poet, Charles Baudelaire and one of the most restless and innovative intellectuals of the 20th century, Walter Benjamin.

Filling workplaces with genuine dialogue and stimuli for creativity, extravagant thoughts and wandering curiosity?  It is a good dimension of corporate culture. Truly an innovative one.