From the Davos World Economic Forum to the Assisi manifesto: the sustainable development commitments of the business world 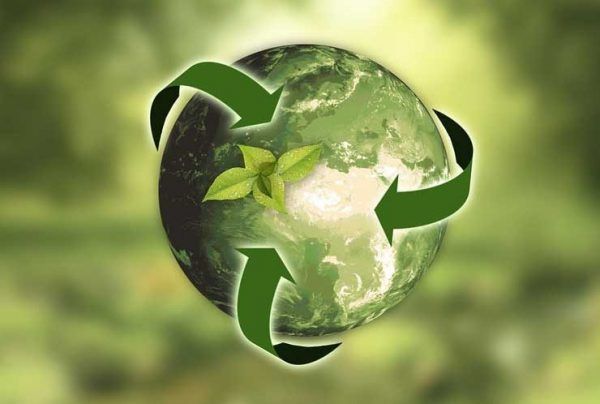 In Davos. And in Assisi. At the World Economic Forum, which as it does every year has gathered together the most powerful people on earth, the leaders of politics and business. And in the basilica dedicated to St. Francis, where on Friday, 24 January the ‘Manifesto against the climate crisis for a people-oriented economy’, inspired by Pope Francis’s ‘Laudato si’ encyclical, will be presented. Two very different settings for what will be a key chapter in the future of our development and coexistence in society: the relaunch of the sustainable economy, to try and prevent irreversible damage to the environment and address problems of social inequality. New development paradigms is the common demand. A genuine turning point for the economy. With the world increasingly convinced that environmental and social sustainability is a new and better engine of balanced development.

‘I believe we can reconcile our economy with our planet, human development with the protection of our home. For too long, humanity took away resources from the environment and in exchange produced waste and pollution,’ commented President of the European Commission Ursula von der Leyen during the opening of the 50th Davos Forum on Monday, the 20th.

It is an important argument and a reason to insist on the Green New Deal, the inspiration for the new course chosen by the EU in Brussels, involving €1,000 billion of investments to redevelop and relaunch the economy, beginning with rapid decarbonisation and the closure of coal-fired energy plants as soon as possible (Germany, at the frontline of these efforts due to the strong convictions of Angela Merkel, will close its first plant this year and complete the process by 2038: ‘A watershed moment for a country where for one and a half centuries the ventures of the Krupp family, the coal of the Kumpels and the miners of the Ruhr and Lusatia have been synonymous with prosperity, industrialisation and the economic miracle of the post-war economy,’ according to Tonia Mastrobuoni in La Repubblica, 17 January).

It was the founder of the World Economic Forum, Klaus Schwab, who wanted to put environmental issues and the transition towards ‘clean capitalism’ at the centre of this year’s discussions, giving further space to topics that have already cropped up in previous years. There was a welcome reception for Greta Thunberg, the canny mouthpiece of the eco-friendly younger generations, who demanded an immediate stop to all investments in exploration and extraction of fossil fuels. American president Donald Trump, responsible for his country’s growing disengagement from environmental issues, was given a platform, but met with unease and little sympathy.

There is a recurring theme at Davos: the transition from shareholder value (the prioritising of shareholder profits and stock prices) to stakeholder capitalism, a system of business values attentive to the needs and interests of the consumers, employees, suppliers and communities affected by the decisions of businesses.

In August last year the Business Roundtable USA, which gathers 180 leaders of American multinationals, published a pledge in this direction, leading the Wall Street Journal to talk about an ‘ethical turning point’ in American capitalism. Schwab revisited this topic at Davos, confident that the international economic and political community would be listening even more closely than before. The most critical observers talked about greenwashing, an opportunistic form of environmental marketing spin designed to appeal to an increasingly environmentally-aware public. But if we look more closely at what is actually happening in the business world, it is clear that the choices being made are anything but opportunistic. In mid-January Larry Fink, president of BlackRock, the biggest investment fund in the world, wrote a letter to the CEOs of the biggest global companies and investors that have entrusted BlackRock with their resources and savings, warning them that the fund would only invest in those businesses that focus on sustainable projects and would vote against the administrators of companies who do not care about climate change. Climate Action 100+, a pressure group consisting of over 370 managers of investment companies with over $40,000 billion in assets under management, is working in the same direction.

In a nutshell, our wallets are voting green. And the entire global economy will feel the benefits. ‘A genuine revolution, even if unfortunately it is still slow,’ because of conservative political groups that are sceptical about sustainability and sections of the public hostile to economic change, comments Enrico Giovannini, spokesperson for Asvis, the Sustainable Development Alliance (Il Sole24Ore, 19 January).

Italy also has high-profile organisations in the area of sustainability, as documented by the judgments of the CDP (formerly the Carbon Disclosure Project) on Italian businesses on the Climate A List, the list of global leaders in the fight against climate change: Pirelli (for the second consecutive year), Intesa, Enel and Brembo.

At the same time, sustainability has long been one of the values and goals of a wide range of companies which, in the evolution of business culture, view it as a crucial competitive factor. Businesses attentive to the environment and social issues (from inclusion to welfare, from the safety and quality of work to innovation as a response to change) precisely because they are inextricably linked with areas in which the culture of quality products is rooted. And therefore inclined towards sustainability as a basic characteristic of their survival on the market and ability to compete.

The effect can also be clearly seen in the signatures on the so-called Assisi manifesto, which we have mentioned and which will be presented in public and discussed in the Basilica of St. Francis on Friday, the 24th. Promoted by Ermete Realacci (Symbola), Father Enzo Fortunato (Sacro Convento of Assisi), Vincenzo Boccia (Confindustria), Ettore Prandini (Coldiretti), Francesco Starace (Enel) and Catia Bastioli (Novamont), and signed by over 1500 figures from the worlds of business and culture (Carlo Bonomi for Assolombarda, Carlo Sangalli for Confcommercio, Carlo Petrini for Slow Food, Antonio Decaro for Anci, the association of Italian municipalities, the mayors of Milan Beppe Sala, Florence Dario Nardella, Bologna Virginio Merola and Naples Luigi De Magistris, plus Renzo Piano, Stefano Boeri, Innocenzo Cipolletta, Aldo Bonomi, Stefano Micelli and, among many others, yours truly), the ‘Assisi Manifesto’ for a sustainable, circular and civil economy insists on the fact that ‘the climate emergency is not just a necessity to address with courage, it is also an incredible opportunity to construct an economy that is stronger because it is people-oriented. And Italy, in Realacci’s words, ‘can implement it using its experience as a European leader in the circular economy.’ Confirmation of the validity of this strategy can also be seen in public opinion: ‘82% of Italians believe that sustainability can foster the economic growth of the country‘, reveals Nando Pagnoncelli, chairman of Ipsos, in his weekly survey in Corriere della Sera (18 January).

In short, Davos and Assisi represent a positive step forward in the green development process.