Green New Deal and social sustainability as part of a common commitment by Italian, German and French businesses 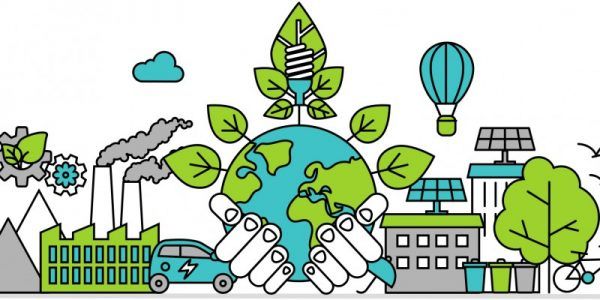 Businesses from the biggest European industrial nations have once again made a positive choice for the future: a stronger, more cohesive and more competitive Europe. And above all a Europe that is sustainable. These are the assertions of an important document signed last Thursday in Rome at the first trilateral business forum between Confindustria, MEDEF (Mouvement des Entreprises de France) and BDI (Bundesverband der Deutschen Industrie) which focuses on three priorities: investments in development, the digital economy and the green New Deal. Innovation and sustainability will strengthen Europe at a time of strong nationalist and populist sentiment against the EU and its culture of rights, responsibilities and inclusive economic growth. In Italy, Salvini’s League party, with its loud and aggressive battle against the European monetary system, the stability mechanism to support member states and financial structures in difficulty, has brought back the worrying spectre of a departure from the single currency, with little regard for the serious damage this would inflict on Italian savers and investors.

The document is addressed to both the European Commission, led by Ursula von der Leyen (already convinced of the need for a green New Deal, for which an EU fund of between €35 billion and €100 billion could be introduced), and national governments. In it, the three business associations speak about funding the green economy with investments of €250 billion to €300 billion, fostering the primacy of the EU digital economy (threatened both by American multinationals sick of antitrust and tax restrictions and Chinese giants) and policies for open, international trade that go against the dangerous protectionism and damaging ‘tariff wars’ instigated primarily by Trump in the White House. And they know that in order to combine development, the market and liberal democracy, they must be able to exert strong political and cultural influence. It is a choice carrying a great deal of responsibility.

As such, economic, environmental and social sustainability form the cornerstones of the commitments of Italian, German and French businesses. The trilateral business forum document collates the evidence that has been gathered over the last year and more by the three business organisations. And it underlines the sustainability requirements that are reiterated increasingly often by the financial world, the most recent example being the document published in August by the Business Roundtable (an association of the most influential American corporations), which insists on the need for businesses to switch their priority attention away from shareholder value (company profits and the value of their shares on the stock market) and onto stakeholder value, the interests of consumers, suppliers, employees, people affected by a business’s activities. This is a radical change from the laissez-faire liberalism of Friedman and the Chicago Boys, which has dominated world culture since the 1980s, to the strongly socially tinged liberalism of John M. Keynes, now at last re-read, reinterpreted and restored to the contemporary political, economic and cultural discussion.

This is a responsible and sustainable form of economic liberalism, which seeks to rebuild trust and restore legitimacy, partly in response to the new levels of sensitivity regarding the environment and greater social equality which have emerged very strongly particularly among the younger generations, determined to ask businesses not only to provide jobs and wellbeing but also to create better and fairer social equilibriums.

Confirmation comes from the Edelman Trust Barometer, produced by the biggest public relations group in the world in terms of revenues (referenced on Sunday by Maurizio Molinari in La Stampa), 82% of whose investors feel that ‘maximising profits can no longer be the main goal because the public is interested in social and environmental issues, beginning with the climate.’

Of course, the value of profit-making remains unchanged. What has changed is the way of achieving it: by respecting people and the environment with a long-term commitment to sustainable development, rather than a short-term plan based on financial rapaciousness and irresponsible speculation.

These are key issues around which Italian industry, rooted in areas which it has historically recognised as genuine sources of competitiveness and attentive to its employees (as evidenced by the growth of employee welfare), has made very important economic and social choices over the years (Olivetti, Pirelli, Ferrero, Merloni, Del Vecchio’s Luxottica and myriad SMEs).

They will also be discussed, on Monday 16 December, at Assolombarda, with a presentation in Milan of the ‘Assisi Manifesto’ promoted by Symbola and the Franciscan monks of Assisi on the green economy and the ‘right economy’ so dear to Pope Francis, signed in October by Confindustria, Confcommercio, Coldiretti, Confartigianato, managers of top businesses (like Enel), trade unionists and personalities from the worlds of economics and culture. As Enzo Fortunato, a priest and editor of the Rivista San Francesco journal, points out, it is centred on ‘the values of a new business culture in which everyone has a responsibility to get involved, prevent waste, promote inclusiveness and foster solidarity and peace.’ It is a way of uniting ‘ethics, economics, sustainability.’