Italy’s task? To finally become a credible actor in the European reforms: from subsidies to productive innovation 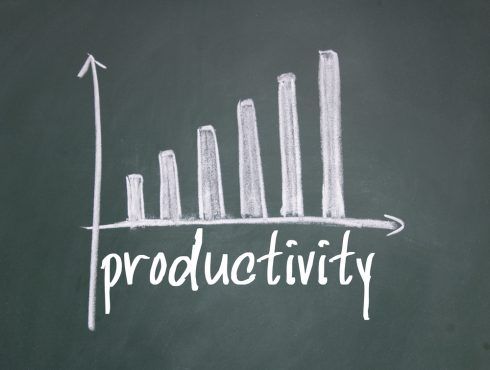 “Europe asks this of us”. For years, this has been the mantra chanted by a long line of politicians, whatever the party, before the general public and large sectors of the ruling class resistant to change and reform. An appeal to “external constraints”, useful to overcome those Italian vices such as welfarism and an easy public expenditure geared towards a vaguely defined customer base and powerful corporations. But, in the long term, a mantra that has greatly eaten away at many Italian citizens’ sense of responsibility while setting up “the enemy”: Brussels, “the European bureaucrats”, the “foolish Maastricht rules”, the selfishness of front-line most “rigorous” countries. This “fabrication of the enemy” has fuelled populist and sovereignist propaganda, stirred up fears and grievances, exaggerated the real social unease and poisoned political debate. It would have been better and more responsible, instead, to explain that public accounts in good standing, a reduced public debt, public expenditure based on production rather than governmental funds, a less skewed welfarism concerning pension benefits, and serious reforms for a more competitive economy, are above all in Italy’s interest.

These are the thoughts that come to mind on the wake of those long days spent arguing over the negotiations about the EU Recovery fund. And, beyond the outcomes of the European Council, they pose an essential question about Italy: how to build not a new chapter based on a “wait-and-see approach” (as Giuseppe De Rita fittingly said), but an ambitious and responsible process that will change the actors and attitudes of Italy’s economic and social growth?

Let’s forget, for the moment, the political reasons of those countries incorrectly terming themselves “frugal” – The Netherlands first and foremost – and considering the EU a market at best, from which to draw the most benefits while fulfilling the least number of obligations (in exact opposition to the political spirit of Europe’s “founding fathers”, Netherlands included). Let’s take into account the political twists of those rigorous nations who, while chastising the Mediterranean countries, attempt to coax their own populist and sovereignist factions. And, just to complete the picture, let’s positively acknowledge the two essential political facts emerged from this troubled series of EU Council meetings: first of all, the decision, agreed upon, to strengthen the EU budget and find in the EU market itself part of the resources required to finance the Recovery Fund (hence, the start of a common economic policy that will strengthen the common currency); and, second strategic fact, the responsible decision by Angela Merkel, as part of the six-month German EU presidency, to revive the EU’s ideals and political strength, showing, with forward-looking awareness, that what is needed is not “a German Europe, but a European Germany” (in accordance with Thomas Mann’s highly rational teachings). The axis Merkel-Macron is part of this strategy. The proximity to Italy and Spain (the countries worse hit by Covid-19) reinforces it. A torn Europe? At most, and in spite of everything, a Europe looking for better cohesion.

Now it’s up to Italy, regardless of how belligerently Prime Minister Conte managed the negotiations, to demonstrate that it can be a serious and credible protagonist in the EU revival. How? First of all, by putting forward a well-structured programme of reforms and investments to be financed by the Recovery Fund, in line with the strategic guidelines for the transition to a green economy and a digital economy, keeping an eye on the quality of development and any indication of opportunities from Next Generation EU pertaining to education, lifelong learning, research, innovation, using artificial intelligence as “augmented human intelligence”, etc.

Everyone knows that Italy is still far behind in defining these projects. Therefore, the next few months should be employed sensibly in order to give Brussels not just some generic proposals but well-structured programmes with clearly articulated goals and that integrate proper instruments for the reporting of performance and investment impact. A similar reasoning should be applied to the European Stability Mechanism (MES), which could be used to strengthen the health and healthcare sector (abandoning those ideological vetoes that the grillini, fans of Beppe Grillo, love so much).

But there’s more to be done. Finally getting a move on in restarting the overall productivity of the country, which has been stagnant for twenty years. And rapidly shifting from being a “subsidised Republic” to an Italian State that values its companies, skilled work, widespread prosperity, competition. The choices Italy made until now, including those pertinent to basic income and the “quota 100” retirement scheme (something that the northern countries, hostile to Italy, don’t have), certainly do not play in favour of Italy’s credibility as a reforming nation, ready to shelve those bad welfarist habits. Far from it. Hence, the task set to Italy is clear: execute the “paradigm shift” from subsidies to entrepreneurship, from a growing unproductive public expenditure to innovation and productivity. Not because “Europe asks this of us”, but, above all, because it’s beneficial to the people and Italy’s best economic and civic growth.

Investing in school, training and work to make the best use of the EU Recovery Fund
A new Delors plan for the EU And Italy cannot waste money on subsidies
The reasons why we should employ the best Italian energies for a recovery and development plan, making good use of EU and ECB resources
Load more
Grazie per la tua richiesta
Abbiamo preso in carico la tua richiesta, il team della Fondazione Pirelli ti contatterà per confermare la disponibilità.
Grazie per la tua richiesta
La prenotazione al momento non è disponibile.
Thank you! Registration was successful!
We have sent you an e-mail to the e-mail address you provided. Click on the link inside to confirm the registration.
Register
Already registered? click here
Warning! Check the correctness of the data entered.
Enter
Forgot password? click here
Warning! Check the correctness of the data entered.
Forgot password?