In industry, the skills are lacking for 355,000 new jobs.
There is a major mismatch between the positions offered by businesses and the training level of employees 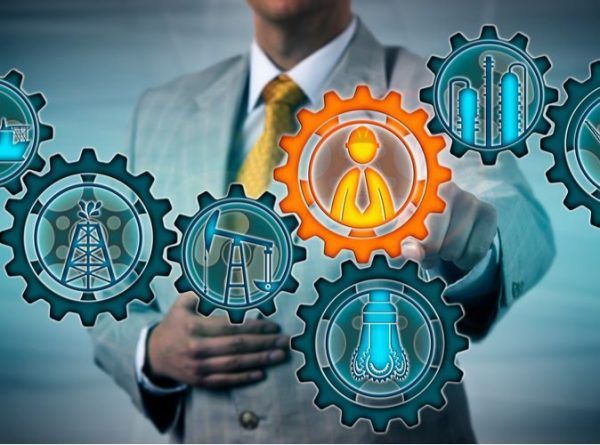 A million jobs. This time, it isn’t a case of promises made as part of political election propaganda. The figure is a real one, which serves to quantify the number of job opportunities offered by Italian companies in the first quarter of this year. Over 1.1 million, to be precise. But there’s a problem: 30.6% of these job offers may not be filled, due to a lack of adequate professional profiles. To put it in absolute numbers rather than percentages, this equates to 355,000 vacancies. This figure represents a real mismatch between supply and demand, and appeared on the front page of daily newspaper Il Sole24Ore on Sunday, 2 February. Bringing more information to the table than before, the paper reiterates the profound imbalances within the Italian labour market (something we have discussed a number of times in the pages of this blog), made even more serious by the fact that the current very slow growth of our economy is causing a drop in employment and an increase in unemployment, and in the number of individuals who have stopped actively looking for a job (as evidenced by recent Istat data). This is the true paradox we’re witnessing: the qualified positions offered by companies remain unfilled in around one third of cases, while the difficulties experienced by those working in business areas that are in crisis, or by those vainly seeking employment, are on the increase.

In order to deal with this phenomenon, we need forward-looking government decisions on industrial policy, innovation, training and improving relations between the world of education and that of business. But for too long, there has been very little movement on these issues. And in government circles, the topics that are unfortunately still centre-stage (even in the period of transition from the Five Star-Lega alliance to the Five Star-Democratic Party alliance) are those relating to the ‘citizens’ income’ (a disaster from the point of view of the costs for the public coffers and the stimulus to look for work, as predicted well before the launch of this controversial measure in a number of authoritative economic circles and across the entire business world, especially among the Northern industrial associations) and the ‘100 quota’ for retirement (once again, a clear failure because of the assumption that pensioners would be replaced by young people).

Short-sighted policy is faltering, and the gap between real needs and opportunities for work and the future remains. The new generations are suffering the effects, along with the potential for balanced growth throughout the country.

If we take a closer look at the data collected by Unioncamere with regard to the aforementioned mismatch, we discover that young people are most affected, with peaks of 65% between the jobs offered and the opportunities taken up with regard to specialists in computer science, chemistry and physics; meanwhile, technical specialists, graduates and those from the higher technical institutes are almost impossible to find, despite the great need of mechanical, mechatronic, chemical and also textile and fashion companies. Data scientists and data analysts are also thin on the ground, along with engineers with digital training and workers who specialise in all the new professional tasks related to ‘Industry 4.0’ and the transformation of the digital economy.

The alarm signal regarding the lack of professional figures with the capacity to contribute to the transformation of manufacturing and to the most innovative technological challenges we face – and thus the alarm signal regarding the true crisis of competitiveness blighting large sectors of our economy – is increasingly evident in Lombardy, the north-east of the country, Emilia-Romagna and also in those parts of Southern Italy where, despite the uphill struggle, there are companies that are hanging on in the high-tech manufacturing and service sectors. And unfortunately, there are no significant new developments that could narrow the gap.

‘The areas of manufacturing that are most affected’, explains Chiara Manfredda, head of the training system and human resources department of Assolombarda, to Il Sole24Ore, ‘are primarily those related to industrial automation processes in manufacturing and those in the ICT sector, with particular reference to the production and management of big data. In addition to providing guidance, therefore, we must also make young people aware of these areas of study and, more generally, of the STEM disciplines that the country system needs so much.’

STEM, as our readers know, is an acronym for science, technology, engineering and mathematics, precisely the subjects connected with the most advanced technological innovation. In Italy, only 1.4% of young people between 20 and 29 graduate with degrees in these subjects, compared to 3.6% in Germany and 3.8% in the United Kingdom. These areas of study, therefore, need to be promoted and given a new lease of life, with guidance provided from high school onwards (companies have long declared themselves ready to contribute as much as they can to campaigns targeting these issues).

In consideration of the specific features of Italian industry, which is characterised by certain aspects of creativity, attitudes towards beauty, quality and design, Assolombarda has been working with a slightly modified acronym for some time: STEAM instead of just STEM. The ‘A’ representing the arts, i.e. that sum of humanist knowledge which, when combined in harmonious and original ways with scientific knowledge, can ensure that ‘Made in Italy’ has a distinctive and competitive character, a strong value with a polytechnic culture and a genuine ‘industrial humanism’. A challenge in terms of culture and training in this case too. A lot of work will need to be done in order for the political world and the government to finally realise this, and take responsibility.