In Milan, a correctly-functioning justice system is increasing investment and strengthening the economy 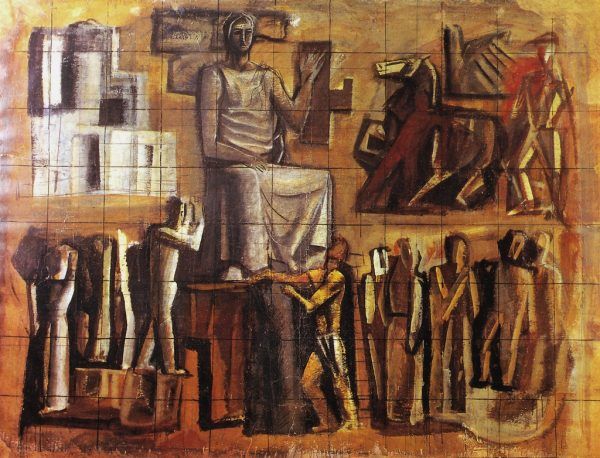 “The way the justice system works represents one of the primary evaluation parameters used to asses the degree of civilisation of a country, and has important repercussions both for national investments and for the degree of attraction for investments from abroad”. This is how, after the institutional acknowledgements and customary salutations, the address begins with which Marina Tavassi, chair of the Court of Appeal of Milan, opened the Judicial Year on Saturday 27th January. Particular attention is paid to matters relating to the economy. A clear awareness of the close relationship between an efficient and effective justice system and economic and social development. A thorough appreciation of the challenges which need to be tackled: not just in relation to the other legal centres in Italy (Milan is at the forefront of these) but also in relation to international centres. And a stern judgement on everything which still needs to be done to achieve a correctly-functioning judicial apparatus. The exercise of the judicial process needs to be conceived as a service to the country’s citizens. And at a time when Italian life and its institutions are so complex and full of contrasts, the magistracy and indeed more generally the judicial world (including barristers) should do as much as they can to avoid being seen as a separate caste. An important relationship, then. An open one. With dialogue. Following the trail set some time ago by the Milan Palace of Justice when it led the way, during the years in which the Court of Appeal was presided by Giovanni Canzio (leading the ranks on Saturday, having reached the end of his mandate as First Chair of the Supreme Court).

Milan, the international city for the economy and for companies, is indeed privileged in possessing in its judicial activity one of the essential points of reference: this is rightly underlined by Carlo Bonomi, chair of Assolombarda, in commenting on the relationships with and appreciating the attention paid by the chair of the Court of Appeal to the requirements, by good companies and by the activities of Assolombarda, for legality.

It is worthwhile, therefore, re-reading the suggestions from chair Tavassi, which constitute a strategic reference for the balanced growth of Milan, that Europe-oriented metropolis where the institutions and public functions – Justice, precisely – contribute in a determined fashion to driving forward the machinery of the economy.

Legality and competitiveness evolve according to strict virtuous relationships:  “In order to re-establish trust in the economic cycle of the country it is necessary to create an environment which is favourable to investments, thus facilitating the growth of the market. Clearly-defined systems for the resolution of disputes and rapid time-frames for their determination play a fundamental role in companies’ investment decisions, as they evaluate the risk of being caught up in long labour or taxation litigation or insolvency procedures”: the so-called “country risk”.

The guidance is clear: “Wherever the judicial systems ensure a correct execution of contracts and a rapid satisfaction of rights, companies and individuals will be dissuaded from adopting opportunistic behaviours. The costs of operations are reduced and investments can be directed towards innovative sectors, thus contributing to creating new jobs and improving not just the economy and commercial interests but also the lifestyle of individuals and the well-being of society”. This is a strategic guidance note which, beyond the simple words of the address, confirms the progress made by the Palace of Justice in Milan over the course of recent years, with its operational choices and measures relating to either its jurisdiction (trials, sentences, etc.) or the administrative functioning of the judicial apparatus: the length of time taken to reach sentences, be they civil or criminal, is diminishing (Milan, the major centre, is at the forefront in Italy, but also governs competition with other European cities), the burden of the backlog of cases is being dealt with more quickly, the “Industrial Tribunal” is providing improved certainty for cases of litigation. And there is a growing awareness of the usefulness of finding alternative ways of resolving disputes other than judicial ones (arbitration, mediation) in such a way as to leave the intervention of the judges for the most serious and complex cases, without clogging up the chambers of the Tribunal and the Court of Appeal with litigation.

Certainly, there are still many problems: the time-frame for trials is still over-long (a question reiterated by the chair of the Order of barristers, Remo Danovi), the failures of the apparatus, the general limits of justice in Italy, from which Milan too, naturally, suffers. The address by chair Tavassi provides a full account of these. Without, however, hiding the progress already made, and looking to the future with a minimum of critical confidence.

These are all subjects dear to the hearts of Assolombarda, as it looks after the interests of the companies which are the fundamental drivers for the dissemination of wealth, of work, of inclusion and social advancement. And which are revisited through the continuation of the now solid cooperation between the Palace of Justice, the SDA Bocconi School of Management and, precisely, Assolombarda in the preparation, year after year, of the Summaries of social responsibility of the Court of Appeal, of the Tribunal and of the Public Prosecutor’s office.

There is a further subject, about which Justice and companies enjoy a significant communality of viewpoints: the battle against Mafias, and the commitment to challenge the polluting growth, in Milan itself, of organised crime. The address by the Prosecutor General Roberto Giordano re-emphasised what a peril the presence of the ‘Ndrangheta, Sicilian Cosa Nostra and camorra clans represents: a present danger for the economy, the market, and companies, as well as more generally for the civil community. A repeated alarm call. Which needs to be listened to and taken on board. The legal system and economic growth are convergent dimensions.