The crisis of democracy, the wrong short-cuts and the political and civil lessons delivered by Gaetano Salvemini 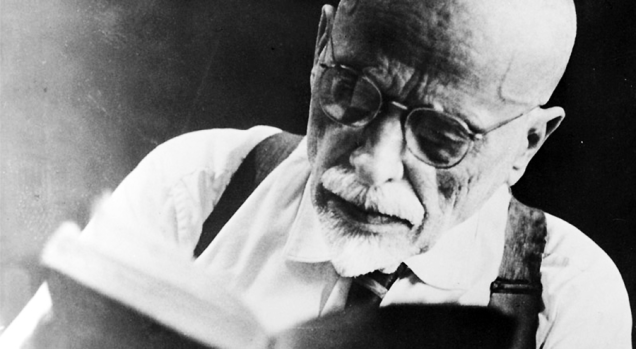 We find ourselves rereading the classics in times of fragility and uncertainty, scouring their pages for useful words to guide us through the confusing events that dominate the controversial current affairs of today. The works of Gaetano Salvemini, for example. Below are a few particularly enlightening lines: ‘The right to vote does not render a citizen any wiser, or more intelligent. And neither is universal suffrage the cure for all evil… An election is a homoeopathic revolution, or a revolution that we are spared. Universal suffrage is simply a mirror, in which the reality of the moment in which it is used is reflected. If voters do not know their rights or how to exercise them, universal suffrage will result in the end of universal suffrage itself. When reality is uncivilised, the mirror will reflect an uncivilised image.’

It was 1952 when Salvemini, an intellectual and liberal politician who had recently returned to Italy after a long period of exile as an anti-fascist in the USA, made these musings to the magazine Il Ponte, run by Piero Calamandrei, in an essay entitled ‘Was pre-fascist Italy a democracy?’), which took its cue from the ideas of Giolitti and the Risorgimento. Here, Salvemini addressed the tangled relationship between the crisis of liberal institutions in the early twentieth century, the advent of Fascism and the enormous popularity of Mussolini as a ‘man of providence’, before highlighting the questions that the new route taken by democracy, under the Italian constitution, posed for an uncertain political class, torn between radical renewal and a rather tepid form of preservation.

This lucid and forward-thinking essay is now once again in bookshops, thanks to Bollati Boringhieri publishers (following the commendable publication of Sulla democrazia, a collection of American writings and lectures from 1934 to 1940). The title of the work is La rivoluzione del ricco (‘The revolution of the rich’), edited by Francesco Torchiani, who also contributes a brilliant afterword. The essay discusses the fragility of the institutions that represent us, and their lack of a strong sense of democracy and civility, and the writer insists that it is the responsibility of good politics to attempt to provide answers the popular demands for reform, for improvements in quality of life and work, and for mending the holes of economic and social imbalance that lead to rifts and resentments. As such, the lesson it provides us with is extremely topical.

In the essay, Salvemini (and by his friend Piero Gobetti) repeatedly criticise Giolitti and his excessively moderate approach to reformism (up to and including the lack of understanding of the positive nature of the social protests in the South of Italy). There are also echoes of the debates with Benedetto Croce and Palmiro Togliatti, who were, conversely, fascinated by the links between Giolitti and socialist reformism; the idea of a democracy that could succeed in overcoming the temptations of oligarchy (the ‘revolution of the rich’, to be precise), and which is capable of giving voice and space to authentic, widespread demands for participation and engagement, is also revisited. And above all, Torchiani notes, there is ‘an explicit invitation to remember the role played by the organised minorities who, in difficult times, have shown courage and foresight. We must look at these points of reference when the horizon begins to darken.’

And this is a key point: the role of minorities, one of the driving forces of a democracy that is not as efficient as it is effective, and in their capacity and power to embody and represent the real substance of the problems, as well as in their aptitude for providing good responses to those problems in terms of governance.

Back in the 1950s, Salvemini was one of the leading names behind Il Mondo, the weekly magazine run by Mario Pannunzio, which hovered on the banks of liberal critical thought, and which was worlds away from the conservatism of the party led by Giovanni Malagodi. Instead, the figures behind this magazine were open to discussions with the more reformist elements of the Catholic world and the Socialist Party (the magazine was, by its very nature, ‘anti-fascist in the name of intelligence, anti-communist in the name of freedom, and anti-clerical in the name of reason’).

Il Mondo was clearly a minority magazine (it sold a few tens of thousands of copies, while other influential weeklies like L’Europeo, Epoca and later L’Espresso flew off the news stands, trumpeting their success). And yet it was highly influential – in the quality of its analysis and comment, in the accuracy of its investigations, and in the solid culture of the reviews and literary articles it published – as well as, significantly, in the broad and clear overview it gave of the transformations of Italian society, from the economic boom to the radical and often overwhelming social changes.

Politics and institutions were hobbling forwards, unable to provide comprehensive answers to the innovations taking place. And indeed, in the course of recent history, we have seen similar scenes. Reformism has never been at home on the Italian political scene.

The institutional and political lesson imparted by Salvemini lies right here, in the need to avoid reducing representative democracy to the (nonetheless indispensable) system of universal suffrage but rather, to experience and explore each and every one of its complexities: institutions, the system of weights and counterweights, autonomy and the responsibilities that come with this (beginning with the judiciary), freedom of the press, the formation of public opinion, schools, the fundamental role played by social forces and finally, the links between rights and duties in the dynamics of industrial relations and the welfare state. Democracy is presented here as the governance of complexities, participation and engagement, awareness.

These are the exact same issues that we are still grappling with today, albeit in a profoundly different context. There are questions to answer. Without the ineffective and authoritarian short-cuts of populism and nationalism, without the controversy over a parliament ‘to be opened like a can of tuna’, or drawing lots for parliamentarians to replace informed voting, and without the ‘uncivilised image’ – as Salvemini would have it – that is reflected in the mirror of democracy, of the vote. If anything, with the concrete support provided by knowledge, competence and engagement, and with a powerful sense of the value of the general interests of a community.

Rereading ‘the classics’ truly is a worthwhile enterprise.

A crisis not to be wasted, by going down the path offered by the overweening state, relying on subsidies instead of supporting the relaunch of business, work and innovation
The closed world, fear and the need to rebuild trust for politics, communities, corporate credit and work
“Negotiated democracy” and concrete government to get away from low growth and high inequality
Load more
Grazie per la tua richiesta
Abbiamo preso in carico la tua richiesta, il team della Fondazione Pirelli ti contatterà per confermare la disponibilità.
Grazie per la tua richiesta
La prenotazione al momento non è disponibile.
Thank you! Registration was successful!
We have sent you an e-mail to the e-mail address you provided. Click on the link inside to confirm the registration.
Register
Already registered? click here
Warning! Check the correctness of the data entered.
Enter
Forgot password? click here
Warning! Check the correctness of the data entered.
Forgot password?