More development, less austerity: now even the G20 has understood that new policies and investment are needed for growth 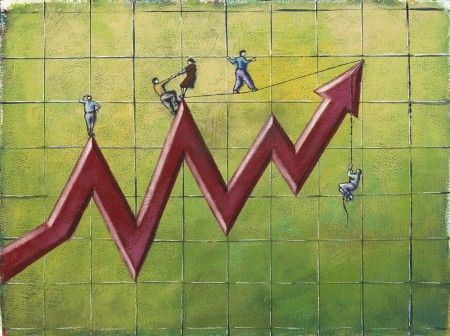 More development, less austerity. Or to put it another way, a new economic culture which assesses the quality and quantity of growth, and by focusing on this dimension unlocks the key to our understanding of how to win the battle against inequality while balancing state spending. A mirage? An illusion? A post-Keynesian fairy tale? There is a wide range of economic literature which suggests that it can be done (recent books include The Industries of the Future by Alex Ross, a tech guru close to Obama, the Clintons and Italy’s Matteo Renzi, and Capitalism: Money, Markets and Morals by John Plender, a columnist for the Financial Times). And now in the political world too, something meaningful is beginning to stir.

In an era of ever deeper and increasingly alarming uncertainty, the major countries of the global economy have finally begun to understand that the way out of this ongoing crisis isn’t through restricting state spending at any cost, but in the politics of growth, public investment and by combatting disproportionate wealth and inequality. “The general feeling is that the outlook remains uncertain. There is now broad consensus that what the global economy needs is growth, not austerity”, argues Jacob Lew, US Secretary of the Treasury. The American administrator was speaking at the G20 summit in Chengdu, China, at the end of July, in the presence of economic ministers and the governors of the central banks of the G20. “The discussions here have focused on how best to achieve that outcome,” he added. Respected commentators summarised it as “Another step forward towards the end of the era of austerity.”

Six years ago, at the G20 summit in Toronto, the common view was that the great crisis which exploded in 2008 was in the process of being overcome, and that with the downturn behind us it would be possible to carry on as before: balancing finances and reducing debt, traditional laissez-faire economics, a combination of state austerity and market dynamics. A serious mistake. The crisis was structural, not cyclical. And despite the presence of a vast range of respected economic literature on the need to make radical transformations to the current models of production, consumption, environmental relations and social relations, governments have made few real changes. Austerity has remained the prevailing dogma, above all in the EU, under the influence of Germany.

But growth has not come.  In fact, global prospects are steadily worsening, even if this is also due to factors which are not strictly economic, but geopolitical: terrorism, huge mass migration, and alarm about climate change. To combat these great, widespread fears, which dramatically affect the economy, courageous reform was necessary. Not an adherence to prevailing assumptions, poor fiscal policy and scarce attention paid to investment.

The IMF estimate for worldwide growth in 2016 is 3.1%. Not a lot, and in the process of being reduced. EU countries are being left behind. Brexit will have a negative effect not only on Great Britain and in the EU as a whole, but also on international trade (after Brexit the IMF cut its estimate by 0.1%). Which is why new political choices must be made.

The final document from the G20 recognises the necessity for change (a good sign, politically) but does not indicate what that change should be (despite insisting on the need of action against the impractical shortcut of protectionism, a method unfortunately  very dear to Donald Trump,  a powerful candidate for the White House). International bodies are losing their influence, to the advantage of a wretched and ugly neo-nationalism. The general uncertainty is deepening.

Looking at several of the G20 countries, the US and EU included, it is clear that action must be taken to fight several trends which are now all too evident: productivity is stagnating, despite the presence of huge technological innovations (as discussed in this blog two weeks ago);  timid “recoveries” fail to bring new jobs; a focus on exports is not a comprehensive solution (and is an approach which steals growth from the most fragile countries in the EU zone, a sport of which Germany is the champion); social and economic inequality is increasing within even the richest countries, affecting the middle class in particular; the living conditions of various sections of the population are worsening, and expectations of prosperity have resulted only in disappointment (above all for the younger generation). The economy is stagnating. And politics has been unable to restart it.

Yet these inequalities and the spreading frustration are not free of political consequences. Ruling, economic and social elites are losing their gamble of trusting in the future. Populism is on the rise, wounding (between disinterest and radical protest) the traditional assets of democratic governance.

This is why we must again start talking about the politics of growth. And in every country try to build on the changing outlook of the G20. Do away with ideological austerity (though without cultivating populist inclinations of deficit spending and welfare spending), and make a decisive move to strong supply-side economics: state investment in innovation, research, training, infrastructure, energy and the environment, while also stimulating private investment. No more sanctions for countries who do not have their “finances in order” (the decision of Brussels not to sanction Spain and Portugal for their budgetary imbalances is a step in the right direction, but the various decisions made towards a Greece already on its knees are not). Above all else, a long-term EU development strategy. A turning point, to be exact. A kind of “new Delors Report”. Without the dogma and current orthodoxy which have until now been failures, but instead with educated politics of sustainable development. Virtue lies in growth, not stagnation.