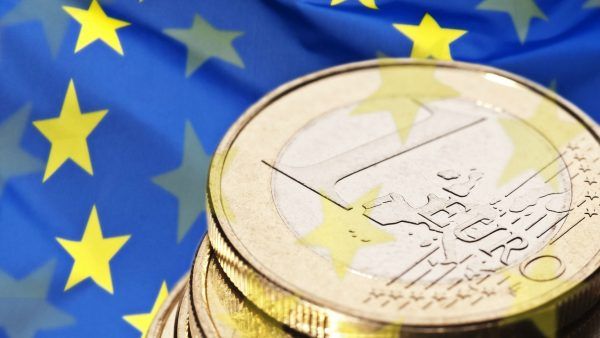 The European path is a positive one, from the point of view of Italian industry. And even the more recent season, that of the Euro, has stimulated the best part of our businesses to reinforce their competitiveness: “Without the doping of the devaluation of the Lira, a tough selection and the obligation to compete on quality”, as documented by Paolo Bricco on Il Sole24Ore (25th March). Now that the EU has celebrated its sixty-year anniversary since the Treaty of Rome, with a joint declaration by all 27 member-States (the solemn signing took place in Campidoglio last Saturday), it is attempting to continue along the difficult road to its relaunching, and it acknowledges itself as “a community of peace, freedom, democracy, founded on human rights and the constitutional state” and as “a large economic power that can boast unrivalled levels of social protection and welfare”, Italian companies know they can continue to grow while looking at the EU as a very tough “domestic market” – that is true – yet still an “open” market, and at the global markets, with the strength of the political engagements of the same EU and its members against protectionism. Indeed, the final document talks of a “multilateral system, free and equal trade and a positive global climate policy”.

If one interprets correctly the rhetoric of the declarations and the caution of diplomatic language, this very excerpt says to the economic world that European policies will not obey the White House diktat of Donald Trump on “America first”, the walls, the crisis of the treaties (starting with the intention to withdraw from NAFTA, the North American Free Trade Agreement: a large number of Italian and European companies have major production plants in Mexico, specifically to distribute to the US market) and they will do everything in their power for talks during the next G20 summits to re-address the “fight against protectionism” and “environmental and social sustainability”, President Trump’s two “black beasts”.

There is another important excerpt from the Rome Declaration: “A stable and even stronger single currency”. So many years on from its creation, 1st January 1999 and despite the cascade of criticism (many ideologies, of the worst populism, including within European countries themselves) and genuine crisis points, the Euro remains a valid point of reference. And the work carried out by the ECB led by Mario Draghi continues to be a precious heritage and a valid tool for balanced development, not a limitation to break down owing to unlikely disastrous returns to national currencies.

Italian industry, during the second half of the 20th Century, has grown as an integral part of Europe. The economic boom of the 1950s and 60s was founded on the dynamism of manufacturing companies that focused on exports, with the open horizons of the European single market. It withstood the oil shocks of ’73 and ’78 and the social tension of the “years of lead”, learning to innovate, launching new cultures and corporate organisations (the “districts”) and nevertheless it continued to look to foreign markets. It caught the “competitive devaluation” bug in the Eighties and early Nineties (the perverse circuit that recovered the loss of competitiveness with the fragility of the currency, using prices kept low as leverage). And it recovered when, once the devaluation-inflation game had altogether broken, the European agreements (the limitations of the currency System, the Maastricht Treaty in 1992 and then the birth of the Euro) forced companies to compete not solely on the price but on quality as well. The superior quality of excellent manufacturing that is Italian manufacturing, widespread across the country and open to the world, backed by a polytechnic culture of “know-how and expertise”.

“The Euro has modelled industry”, states Il Sole24Ore, demonstrating, based on documents from Oxford Economics, that we would not have grown at all if we had continued to use the Lira or a weak Euro. Italy has lost jobs in the “low skilled”, low quality sectors, but it has gained ground in the “high skilled” and “medium skilled” sectors, developing mechanics into meccatronics, basic chemistry into top-quality manufacturing, pharmaceuticals into a manufacturing system on a par with the best performing international “life sciences”, furnishings thanks to design and the food industry towards distinctive positive characteristics of the “Mediterranean diet” in a sought-after healthy “lifestyle”. Current competitiveness, which can withstand the toughest competition and can look to the future with worry but not with despair.

This positive process has been a selective one. Only 20% of our companies are part of it. Yet another 30% are firmly on the road to innovation. Excellent quality manufacturing. Which can continue to have room in the main international chains of value, acting as a key player in the “digital” and “industry 4.0” challenges and as a manufacturing system featuring innovative services.

Italy remains the second largest European country in this Europe seeking recovery, right behind Germany which sooner or later will have to open up and seriously drive European industry. The Euro and the intelligence of our human capital and of social capital will be used as leverage. Competition focuses in fact on superior quality. And the fanciful ideas of “going back to the Lira” or of using a “dual currency” are only useful for propaganda in talks filled with rhetoric, not with facts and figures.

The EU of the Rome Declaration, despite the crises and falls, remains a current affair on the horizon. For Italian industry too.