Rereading Keynes and planning investments in health, the environment and scientific research 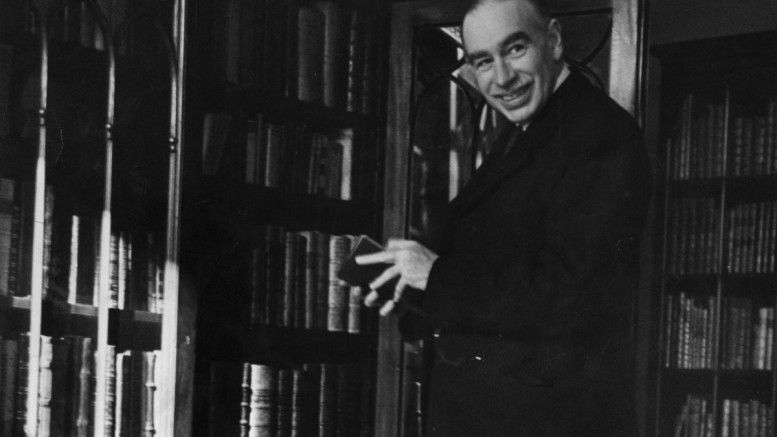 Rereading Keynes, in these difficult days of crisis, virus infections, fragility, fear, radical changes to the way we live and work, alarming recession data and rumours of the “Capitalism’s lent“. Rereading Keynes, to return to the “classics” of the twentieth century (Max Weber, Thomas Mann, Hans Kelsen, Emmanuel Mounier and Italians like Gramsci, Croce, Spinelli, Calamandrei, to name some of the essential ones), to get to the root of good political, economic and moral ideas that led to one of the brightest and most balanced periods of economic and social growth in our Western twentieth century. Rereading it, not because there aren’t any authoritative contemporary voices who have long insisted on the need to create a better link between economic development and social equilibrium (Sen, Nussbaum, Stiglitz, Krugman, Fitoussi, Judt, etc.). But to rewind. To go back to the root of the best economic thoughts, analyses and perspectives. To come up with answers that are full of meaning and perspective as opposed to a profound, unexpected and dramatic upheaval, fraught with consequences for the economy, even after the health emergency is over.

Back to Keynes: “I think that Capitalism, wisely managed, can probably be made more efficient for attaining economic ends than any alternative system yet in sight, but that in itself is in many ways extremely objectionable: our problem is to work out a social organisation which shall be as efficient as possible without offending our notions of a satisfactory way of life.”.

The words are from “The End of Laissez-Faire“, an essay from 1926, which was recently republished by Meridiani Mondadori in a volume dedicated to the great English economist and edited by Giorgio La Malfa (who wrote its brilliant introduction, rightly titled “Saggezza nuova per una nuova èra”, “New Wisdom for a New Era”). He was clear that the path would lead to the Welfare State, the strong wave of public investment in the European economy (with the US Marshall Plan funds) to restart Europe (and also the US creditors) after the disasters of the Second World War. Macro-economic strategies for the European Common Market and measures to improve wages, workers’ rights, security, consumption, quality of life and work. A liberal and democratic thought. A “mixed economy”, a “social market economy” in the German sense. A constant search for balance between public intervention in the economy, the market and the dynamism of private enterprise.

Let’s get back to today and reflect on what Keynes meant. Let’s think about the various possible forms of balance between the public and private sectors.

As the numbers of both the infected and the dead increase dramatically, the coronavirus pandemic has brought up the issue of health as a public good, as a common good, as the primary value of the person, as a right. It has become clear that the logic relating to it can’t only be linked to the close relationship between expenditure and financial efficiency. The link between public and private investment and long-term effectiveness must also be addressed. Quality healthcare, with the collaboration of subsidiarity between public structures and private companies. In fact, this is a Keynesian vision.

The Italian healthcare system, which is predominantly public, is strengthened by close collaboration in research and care with the private sector. This is proving exemplary in these dramatic days. It is being seen as a positive reference by other European healthcare systems. Envied by attentive observers in the US, who are terrified about what could cause a huge expansion in infections in a country where healthcare is linked to the insurance system and deeply selective, based on income. We now know that more needs to be invested in healthcare. Above all, it must be done in a better way. The so-called “life sciences” that overall look at people’s health as a precursor for effective healthcare, need to keep prevention, care, research and training together. The Italian pharmaceutical industry, which has extraordinary economic success on the European market (with record positions), is still confirming its excellence, even in these hectic times looking for a coronavirus vaccine.

The debate about healthcare extends to the value of the common good, the essentials. Education. Environment. Safety. In a process where companies progressively revaluate stakeholder value, a process seen not only as a key economic topic, but also where companies are responsible social players.

Competitiveness and social inclusion, productivity and solidarity go hand in hand (as we have said many times in this blog). It could be useful to remember, once again, the statements of two key players in the Italian industry of the second half of the twentieth century, Adriano Olivetti and Leopoldo Pirelli. Here is one of Olivetti’s best-known quotes, which was also posted on social media to mark the 60th anniversary of his death: “The factory can’t just look at the profit index. It must distribute wealth, culture, services and democracy… I think the factory is for man, not man for the factory”. Social and civil responsibility. That also resonates in an opinion from Leopoldo Pirelli in 1986: “Our credibility, our authority, and I would say our legitimisation in the eyes of the public conscience are directly proportional to the role which we play in contributing to overcoming the social and economic inequalities of the countries where we operate”.

Keynes’s indications and the values of the entrepreneurs call into question the player who must ensure harmony between the public purse and the market: those that govern, the world of politics. It is important to give guidance on the fundamental choices, the use of the public budget and tax levers. Whether the current political class (not only in Italy) is up to this task is open to debate, with controversial views. In Rome, Brussels, the offices of the ECB in Frankfurt, they are willing (despite a highly criticised blunder by President Christine Lagarde on the institution’s inability to curb spreads, resulting in a stock market crash) to do all that is necessary to avoid financial shocks and to empower the EU system and its businesses.

We are entering into a recession that will almost certainly be long and severe. In the EU offices, hypothesis of developing anti-crisis instruments like “Eurobonds” are being discussed, and maybe the “stability pact” is being talked about again. The whole world is in flux. The outcomes are uncertain. It’s exactly in times of uncertainty, movement, cracks and change that an essential lesson from the great Italian economist, Federico Caffè, comes to the rescue: “We have to rediscover the economy of affection, not of rules”, of what holds people together and determines development, participation and sharing. Today we would say sustainable development. Caffè, who taught Mario Draghi, was one of the best interpreters of Keynes.