Social malaise and ill-feeling aggravate the crisis of the “liberal citadel”: how can we respond to this? 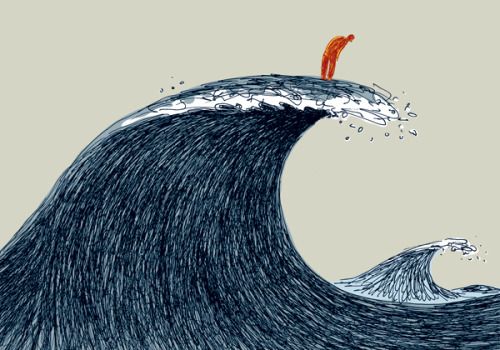 “The markets, representative democracy and globalisation are under accusation by the prosecution”. And “it is not the invasions of new barbarians that threaten the liberal citadel, but the very foundations of the citadel itself which are showing signs of crumbling”.  This is the opinion of Mattia Ferraresi, the brilliant journalist, who speaks from New York about the USA to the readers of the “Il Foglio” magazine. And it appears in the pages of “The heavy century”, a clear-sighted analysis, published by Marsilio, which goes “to the origins of the new global disorder”.  That “heavy” description, which marks our tiring and controversial 21st century, indicates weight, psychological oppression, pain and also vulgarity. It reflects the distinguishing mark of the times in which public pronouncements have been reduced to schematic partisan slogans, and the language of politics, even at the highest institutional levels, no longer corresponds to the criteria of dialectics, of rhetoric, or of the construction of a consensus, but serves only to incite the fans and insult their “enemies”.

The research by Ferraresi is thus political, social and cultural. It examines the current affairs of the United States, in this season of the Trump presidency, now one year into its term. It seeks out the reasons for a radical lack of tolerance for the cultures of the so-called “liberal order” (precisely that representative democracy, the markets, the international relationships for discussion and exchange, everything which a great liberal scientist, Karl Popper, had succinctly described as “the open society”).  And he warns: “The recrudescence of nationalism, the myth of the strongman, the roaring politics of identity are the fractured consequences of a malaise: underestimating it means facing the other way in the hope that the unpresentable populists are vanquished and the illness disappears by itself”.

Here is the key word. Malaise. A subject which is increasingly relevant today: “Left behind – How to help places hurt by globalisation”, is how the “The Economist” effectively described it in its issue of 21st October 2017 for an enquiry into social classes and countries “left behind” by the global dynamics of exchanges and of the new technologies, thereby giving food for the critical and self-critical thoughts which nowadays characterise wide areas of the economy, starting with the International Monetary Fund, which for years has been the temple of neoliberalism and of positive globalisation (we spoke about this in our blog of 7th November last).

An economic malaise (the middle classes have not gained any real economic benefit from globalisation and indeed have suffered the negative consequences of the radical changes in production methods, in terms of salary and jobs). And also a social and cultural malaise, which is hitting a significant portion of the new generations. That, for example, of thirty- and forty-year-olds, who have been duped by promises of a better future from the positive effects of liberalisation, flexibility and globalisation and who today, however, are living through the discomfort of dreams which have been curtailed, impoverished, and shattered, of uncertain work, and of weaker prospects for growth. These generations have been given a voice by, among others, Raffaele Alberto Ventura in his “Theory of the uneasiness of the middle classes”, minimum fax. By documenting the fissures of highly parochial individualism, the consequences of the break-down of the “generational pact”, and the limits of a culture “reduced to market forces”. He outlines another serious element of political and social crisis, of lack of trust in politics, in the institutions (Europe, amongst others), and in the possibilities for the future. This is giving rise to “bad blood” (as documented in the latest Censis Report) and to “resentment”: these are psychological drivers which are cynically exploited by those who, in politics, like to foment fear and foster revolt, not responsible reforms.

In times of such radical economic and social changes it can happen, indeed, that inequalities and injustices increase. The two phenomena are very different as between each other, as is explained by Angus Deaton, the Nobel prizewinner for Economics in 2015 (“IlSole24Ore” magazine, 27th December 2017): the former constitute part of the economic cycle and also have positive aspects (they stimulate competition, they demonstrate the effects of winning on merit), on condition that they are not excessive. The latter are rightly perceived negatively. The political problem to be reckoned with, in this “heavy century”, is the quality of the response.

The ancient lesson of Karl Marx comes to mind: “From each according to his ability, to each according to his needs” (a phrase which has since become a reference for every piece of liberal, reformist and social democratic legislation). But also the challenge, which is still open, of how to marry liberty with social justice (“Justice and liberty” is a slogan which belongs to the best political culture, that of the liberals and democrats such as Piero Gobetti, the Rosselli brothers and then Norberto Bobbio and the original “radicals” brought together through the pages of “Il Mondo” (the World) by Mario Pannunzio, which can be found in contemporary public debate).

These are important subjects, worthy of further reflection, including by philosophers who are attentive to the subjects of public ethics and of responsibility. Such as Martha C. Nussbaum in “Anger and Forgiveness – resentment, generosity and justice”, from Il Mulino. In a society in which intolerance and resentment is growing and where people are now challenging the very reasons for living together in a civilised fashion, in the name of nationalism, racism and populistic ideals both ancient and modern, it is worthwhile looking into the roots of relational systems, in small and large communities. Ms. Nussbaum places a keen emphasis on the analysis of the “anger”, deemed “poisonous and popular”, linked to “the affirmation of personal respect, in the case of men, for their virility, and in the case of women, for their claim to equality”. Sound starting points, frequently. Which, however, are also distorted by the pervasiveness of the new media, and which feed the vicious circles of conflicts and opposition. It would be better, suggests Ms. Nussbaum, to have another look at the ideas of forgiveness, punishment and justice, and to call for “less vendetta and more reconciliation”: “Injustice should be countered by a courageous action but above all by a strategic one.  Building a world which is humanly “inhabitable” requires intelligence, self-control and generosity, a patient and tireless disposition of the soul to see and to search for the good rather than fixating obsessively on the bad”. This is a strong moral commitment. But also a far-sighted dialogue about the survival of democracy.

Alongside far-sightedness, there is urgency, to avoid any further aggravation of the deterioration and the malaise. And to avoid letting any more wasted time go by.

Some people had already seen clearly into the future, by examining the tendencies of crisis, more than twenty years ago. But nobody listened to them. Those such as Christopher Lasch, one of the major historians of ideas, and the author in 1994 of “The Revolt of the Elites”, published at the time in Italy by Feltrinelli: the loss of contact between the economic and intellectual aristocracies and “normal people”, snobbish multiculturalism, the well-off liberalism of the financiers, the managers, the successful artists and communicators, the smart people who were always travelling, always moving around, infused with a pervasive “touristic vision of the world”. It was the elites who chose to “rebel against” the masses, argued Lasch provocatively, criticising from the viewpoint of a left-winger a series of vices which were already at that time undermining the solid foundations of the very democracy of America (several of those “radical chic” attitudes had already been mocked, as early as in 1970, by the controversial arguments of Tom Wolfe, the conservative writer). Now the book has once more appeared on the scene, re-read and re-launched by right-wingers, such as Steve Bannon, a long-time supporter of the Trump presidency (the story has several strange twists and turns…). It is once again on the bookshelves in Italy too,  published by Neri Pozza, with a renewed title, “The Revolt of the Elites” and an explicit sub-title: “The Betrayal of Democracy”. With a suggestion which still remains valid, in order to avoid new fractures between the economic and cultural powers and the middle classes, which would further inflame serious populistic tendencies: we need to construct communities founded on shared values, open debate, social inclusion, equality of opportunities, responsible competencies, and mutual co-operation. To re-introduce, in fact, good democracy and a “civil economy” into the modern world.