Starting over at 50: how not to waste a wealth of skill and experience 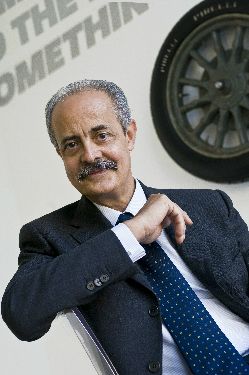 “To old people I would say that death doesn’t arrive when they grow old, but with forgetfulness”. These words were taken from the “Farewell Letter” written by Gabriel Garcia Marquez not long before his death in 2014, and they are an important lesson, not only for the elderly, but also, and above all, for society as a whole. They are words rich with implications, attributed to a man who, in his most famous book, One Hundred Years of Solitude, published in 1967, had written, “Everyone wants to live at the top of the mountain, and no one so much as suspects that true happiness lies in the manner in which we climb the slope. […] The secret to growing old well is nothing more than the signing of an honourable agreement with solitude”. A calm, steady gaze into the eyes of solitude. But also the fear of being abandoned, of being forgotten. Nearly half a century passed between the two writings (as Gabo was 40 when he wrote the epic story of Colonel Aureliano Buendì a in Macondo), and the difference in tone and in perspective helps us to be more aware of the relationship between one’s age and changes in social relations. The passing of time is wearying, as the shadows of our past begin to stretch out longer than the road that remains before us, but it is precisely because time is so short and, at the same time, rich with memories and of experiences that are of relevance not only to ourselves, but also to society as a whole, that it must not be pointlessly wasted. Our elders are an asset, not a burden or a hindrance to society. “A resource to be developed, not abandoned”, thereby facilitating an intolerable “throw-away culture”, as Pope Francis insisted when speaking of the “alliance between youth and the elderly” for a “better future”.

“Still too young to be old”, wrote Giangiacomo Schiari, assistant editor of Corriere della Sera, and Carlo Vergani, a highly experienced gerontologist (at the Ospedale Maggiore Policlinico hospital in Milan), in a book analysing the condition and contradictions of a fragile, self-centred society, a society that ages and in which we are losing sight of the relationship between past and future. Rediscovering that relationship is a complex challenge, but an essential one, both for the nation as a whole and for world of work and of enterprise, caught in the grip of contrasting forces: on the one hand, the extension of how long we can continue working and the raising of retirement age (for justifiable reasons of keeping social security and public spending under control), as well as the loss of jobs by tens of thousands of over-50s, who are finding it extremely hard to find further employment (and so are trapped without either a salary or pension benefits); and on the other, the challenges for the younger generations to find jobs and the bleak outlook for social security in the future. It’s a tangle of complicated issues that call for political, systemic solutions, but which also evoke answers from the culture of enterprise and from business decisions in the management of human resources. Europe’s population is aging (with Germany and Italy leading the way), and there is much that needs to be done.

What’s the answer? A sort of “new pact between generations” which, with the help of both taxes and withholdings, takes advantage of the elderly working part-time to teach the younger generations and to transmit skills and knowledge that would otherwise be lost, and more carefully designed policies of human capital than many of the personnel practices that continue to be adopted.

Indeed, age must not be used as a trap (to get rid of the elderly) nor, naturally, as a means of exclusion (not making room for youth unless on short-term training contracts, given that the permanent positions are all filled). If, in this age of global competition and the rise of the “knowledge economy”, competitiveness (particularly for the more “elderly” nations) lies in combining innovation and inclusion (as discussed at length in last week’s article), then the development of people must also take into account the wealth of skills and experience that comes from age. Diversity management (and the quest for synergies between genders, sexual preferences, cultures, religions, and nationalities) must also include age management and a more sophisticated management of the various age groups found in an organisation. In this way, a focus on people can be tied, virtuously, to increased productivity.

“Ricomincio da 50” (Starting over at 50) is the brilliant title of conference organised by Assolombarda with the support of the Province of Milan, of Aldai and of Federmanager (the organisations that represent company managers and the Italian institute for excellence in education and in economic and social research, or “ISTUD”) regarding the management of career transition both inside and outside of the organisation. There are two main projects within the context of the growing commitment of EU institutions to age management in the workplace (and for the reallocation of those who have lost their jobs): “Age management in Milan” (or “AiM”) and “ASTrO”, a project to provide support in career transitions. In terms of the numbers, the crisis has resulted in growing levels of unemployment, including at the level of middle and senior management (from 2008 to 2013, 910,000 managers lost their positions, exceeding the number of managers still employed, at 769,000, meaning that more than one out of every two managers lost their job, and many were unable to find another one), and this phenomenon is particularly evident in the Lombardy region, the heart of the manufacturing and service industries, with 10,000 people losing their jobs. The industries hit the hardest include information technology, electronics, telecommunications, mechanical engineering, metal working, chemicals, and pharmaceuticals.

We are, in fact, at risk of losing such a valuable resource, which will be of grave detriment not only to the individuals concerned and their families, but also for Italy’s economy and for the nation as a whole. How can we save this wealth of experience and skill? There are both business decisions (understanding the phenomenon and managing it so as not to “burn” human capital) and personal ones (breaking free from the traditional study-work-retire mentality and getting used to focusing on the self and on one’s future in terms of a more complex path, such as study-work-more study-work abroad-reallocation-etc.), making the shift from linear, upwardly mobile career paths to more complex, more sinuous paths marked by greater diversity. This is a great social and cultural shift that individuals can’t make on their own and so must be supported and aided, both fiscally and in terms of education and training, as well as a great challenge for businesses (as a fundamental aspect of corporate social responsibility), for trade unions, for politicians, and for society at large, not to mention a significant cultural commitment. (The Pirelli Foundation has directed both attention and resources to the preservation of the past and to intergenerational dialogue through on-going initiatives such as “Il tempo dell’uomo: lavoro e no”).

We must establish a new balance between experience and innovation and between the generations, including in the workplace. Indeed, Italy, too, has a great need for commitment to innovation, but there are no changes or improvements to competitiveness, productivity or social sustainability in financial decisions, whether in microeconomics or macro, that can do without a profound awareness of our history and of the best examples of Italian development. It is precisely this wealth of knowledge that our elders can make available to the younger generations, both in the workplace and in society as a whole.