The digital economy, the importance of work and the need to review contracts and working times 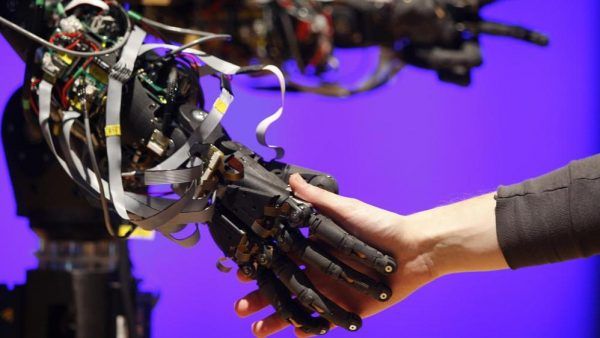 Factories are changing, in these times of the digital economy. Work is naturally changing too, as it retains its primary role in a well-balanced economy (in addition to the aim for a just society, as our Constitution proclaims, where indeed Article 1 refers to it: “Italy is a democratic Republic, based on work”). And as a result the representations, the stories about work are changing too. And therefore industrial relations, contracts, regulations, and salaries should also change. How so? This is described in a slim but very thorough, well-presented book, with an elegant cover in Playfair display font printed in red and in blue on a white background and bearing the fundamental title: “The future of work”.

It is a “white paper” by Assolombarda, the first of a series (the next, in September, will deal with tax), curated by the Centro Studi Adapt under the scientific supervision of Michele Tiraboschi, one of the best Italian work jurists (he teaches at Modena University and was one of the closest colleagues of Marco Biagi, who was assassinated in March 2002 by the Red Brigades specifically for his courageous reforming views about working rights). And it was presented last week in Milan by Carlo Bonomi, the chair of Assolombarda and by Mauro Chiassarini, vice-chair (with responsibilities for workplace, security and welfare policies).

This is the point: work as the top of the bill, as a major economic and social subject, an instrument of personal dignity, and a basic feature of citizenship in a strong relationship between rights and obligations. Work to be defended, as it follows and – why not? Work to be defended, as it follows and – why not? –   anticipates the trends occurring in manufacturing dynamics (with all the necessary training, from the alternating system of college/job to training on the job and to lifelong learning or, to put it another way, to the obligation to study continuously, in order also to work better and to understand the meaning of the work one is doing). But also work to be created, by innovating and forming businesses, following the path shown by start-ups and above all, making them grow: Milan can provide exemplary stories of this. Certainly, not work to be replaced by strange interventionist ideas: the citizen’s income dear to the hearts of the 5-Star Movement is anathema to Assolombarda.

How do we move forward, then? “Flexibility and interlinking sets of knowledge: this is how future work will change”, is the heading from “IlSole24Ore” (18th May) as it summarises the contents of the 78 pages of Assolombarda’s book and warns that this flexibility certainly does not mean either precarity or insecurity, but a way of working which takes on board the trends in technology and which must set out within its contracts precisely an ensemble of responsibilities and protections which are adapted to a changing world, without unacceptable anti-historic rigidities for flexible companies, nor precarities which generate inequalities, difficulties, a detachment from work, lost identity, and lack of productivity.

If work is “the place where individuals can express themselves”, work contracts cannot but take this into account in an innovative fashion. By translating into regulations and organisation the “new-generation technologies” and the “growing digitalisation” of professional processes.

We need a new virtuous circle for work, in fact, in these times of the so-called “knowledge economy”. This will need to be discussed at length, naturally, with the trade unions too, especially at local regional and enterprise level. In the full knowledge that company competitiveness is closely linked to the competitiveness of each local region, and that indeed these regions succeed in being attractive for capital and brains, and known for a good quality of life, if they are animated by active companies. Another fine example of a virtuous circle, to which in fact the modern Milan can testify.

“A new ecosystem of relationships”, is exactly what Stefano Micelli is hoping for; he is an economist who is particularly attuned to the ideas of “Industry 4.0” and of the digital economy which extends through the territories of the so-called “A4 Region”, the most economically dynamic zone of the whole country, along the motorway from Piedmont to Friuli and the axis between Lombardy and Emilia, with its medium-sized companies and most active supply chain for the mechatronics and automotive sectors (we discussed this in our blog of 8th May).

Assolombarda’s book suggests that we should take a new look at several traditional concepts: that of the working day, for example, which is fine for the Ford-style manufacturing chain and small-scale functions but which needs to be reconsidered in these times of smart working, distance working and creativity: we need to value not simply the amount of time spent on the company premises, but the performance of tasks and the result of people’s professional commitment. In the same way as in contracts, room needs to be made for questions of competencies, more than for traditional functions.

Furthermore, in the book, there is an obvious emphasis on the relationship between work, training and welfare. Important echoes of this can be found in a recent labour contract, that of the metalworkers (drawn up and signed off thanks to a fundamental contribution from the businesses of Assolombarda and of Emilia). And further progress is needed along this road, with training, at both school and university level, always linked to innovation and change, which, by the way, are essential functions of the competitiveness of companies (of particular relevance is the emphasis on the role of the ITS, the further institutes for technical training, which in Italy remain insufficiently widespread, unlike in Germany and France).

Active policies for work, then. In a European perspective. And dynamism, at the same pace as the changes in technologies, but also in demographics (we are a country where the average age is growing and the younger generations are finding it hard to identify good work and lifestyle opportunities).

There is one key word, which underpins all these reflections. And it is “sustainability”. It is a fundamental characteristic for a business, from both a social and environmental viewpoint. A meaningful objective for all those who, from the investors to the managers, and from the technicians to the specialist workers, keep a company working and growing. And a cultural and moral area of responsibility, at the positive crossroads between “value” (profits for the shareholders) and “values”, everything which binds us together towards an ethical objective of responsibility.

We are reminded, in this connection, of the words of Leopoldo Pirelli, about the rules for a good businessman, in his speech to the College of Engineers in Milan, in October 1986: “Our credibility, our authority, and I would say our legitimisation in the eyes of the public conscience, are directly proportional to the role which we play in contributing to overcoming the social and economic inequalities in the countries where we operate: a business is increasingly seen as a place of synthesis between the ambitions for maximum technical-economic progress and the human ambitions for better working and lifestyle conditions”. Rules which are as valid as ever today.