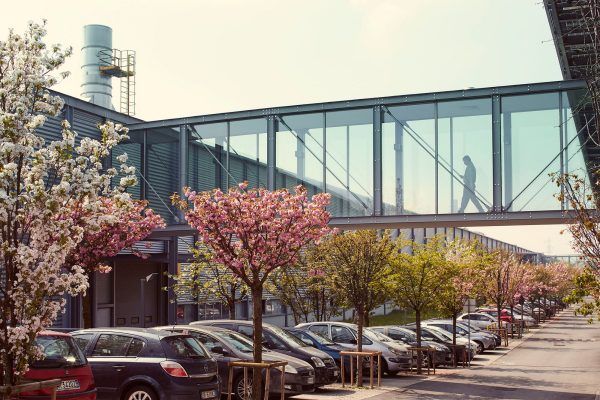 Here it is again, an old word with a new meaning: factory. It had escaped the public eye in the 1990s. And the new generations, surveyed in 2008 by Nando Pagnoncelli’s Ipsos for the book entitled “Orgoglio industriale” (Industrial Pride – Mondadori) and then for an Assolombarda inquiry in 2010, insisted that they obstinately preferred “even a temporary job in a call center” or “as a shop assistant in a fashion boutique to working in a factory”. Things have changed. Good competitive manufacturing (mechanical, mechatronic, chemical, pharmaceutical, rubber, as well as furnishings, clothing and food) is what keeps the best part of the Country’s GDP going and allows Italy to be the second largest manufacturing power in Europe, after Germany, and among the top five countries in the world of commercial surplus (again with mechanical and mechatronics in first place). So the Chairman of Confindustria Vincenzo Boccia has a good deal to offer “a factory pact”, in discussions with the government and trade unions from the stage of the Young Entrepreneurs Convention in Capri.

A smart choice, re-launching factories, following on from the recovery of the centrality of manufacturing and what is commonly referred to as the “real economy” after the Great Crisis of the financial speculations hype and the “paper economy”, a giant accelerator of imbalances and unacceptable inequalities. Boccia is right in saying: “We are ready for a pact on the industrial issue among the players in the factory”, a pact “for growth, for industry, to fight inequalities”, aware that “we have to be actors in this change starting with our factories”, the linchpin for the country’s development.

This “factory pact” embodies an updated version of ancient passions of the best Italian politics, from the “manufacturers pact” (dear to the Italian PRI of Ugo La Malfa, the misunderstood supporter of the “income politics” and to a certain season of the PCI of Enrico Berlinguer) to the relaunching of industry against the resistance of an all “red-tape” bureaucracy and customer favours among the public sector against which Guido Carli fought as Governor of Banca d’Italia first and then as chairman of Confindustria during the second half of the 1970s. Through to the “innovative reformism” of Confindustria’s reform Report prepared by Leopoldo Pirelli during the same tough 1970s: new industrial relations, post Taylorism working hours, competition. In short, innovation, always. These were responsible long-term policies. Yet left on the side. To the serious detriment of the Italian economy and its industries.

So what factories are we talking about today, when we insist on change (we have discussed this repeatedly on this blog)? First of all, those 4600 medium-sized and medium-large companies of the “fourth capitalism”, the “pocket multinationals” already present in the excellence niches of international markets, those companies a good portion of which are family-owned yet marked by strong managerialism, modern in governance and in corporate culture (many of these are represented by Aidaf, the dynamic Association of family businesses brilliantly led by Elena Zambon, head of one of the best Italian pharmaceutical industries). Then, there are the networks and supply chains of their suppliers, which stimulate innovation and quality enhancement (an example of excellence is Alberto Vacchi’s IMA, as well as Isabella Seragnoli’s Coesia group and the “pharmaceutical packaging pole” led in the province of Modena by Marchesini Group, according to 4.0 innovations: beautiful factories in the manufacturing part of Emilia, filled with payers who do their job as industrials well, who have led to the growth of their “factories” over the years, despite all the difficulties). Or even the Pirelli, Lavazza and L’Oréal “factories” in Settimo Torinese which, based on a strong and widespread culture of innovation and welcome-integration (the factory is a prime example of this between the 1950s and today), can legitimately put themselves forward as the “Italian capital of culture for 2019”. And the entire series of excellent companies in the “great Milan” which ties industry with know-how and training, in Lombardy and in a Veneto region which, despite the crisis of “small is beautiful”, is renovated and innovated. Through to the albeit small glimpse of quality in the South, from Potenza (where Industry4.0 is being passionately discussed) to Bari, from certain areas of the Campania region to a few good examples in Sicily.

These are the factories which should star in this “pact”. Which should be valued. Which should be indicated as examples of the driving force for the other tens of thousands of conservative companies in crisis. And it is based on their experience that an all-Italian version of Industry4.0 should be built, far beyond the rigid German paradigms which nevertheless appeal to Brussels and relying on the positive combination of our “human capital” (smart, educated, flexible, capable of “customising” even the most sophisticated mechanics, much more and much better than the rigid and difficult Germans) and the skills spread across the country which can connect manufacturing with services, processing innovation and quality products.

“The beautiful factory: culture, creativity, sustainability” is the topic of the upcoming corporate culture Week (organised by Confindustria and Museimpresa). Where “beautiful factory” means bright, transparent, welcoming, safe, with a low environmental impact (renewable energy, limited water consumption, recycling, “circular economy” cultures). A sustainable factory, both environmentally and socially. A well-designed one. Such as the “wired” Pirelli service hub in Settimo designed by Renzo Piano and the Zambon plants designed by Enzo De Lucchi, Maserati and Dallara, the “Mediaeval town” packed with philosophy and art by Brunello Cucinelli and the other dozens of companies on which leading architects and engineers have worked with a taste for innovation.

These are the topics of the “factory pact”. Which also require new industrial relations and new contracts tied to productivity and competitiveness. But also a different culture which invests directly into the same world of companies (many of these are still family-run, closed off, wary of innovation, anchored to the narrow margins of the domestic market and hostile to change). And a profound reformation of Confindustria itself: fewer ministerial offices in Rome, more importance to territories where “the factories” are engines for change, relations and welfare, less Rome filled with schemes and more Brussels to try to shake up Europe a little.

If the future truly lies in the factory, then that future should be well built.