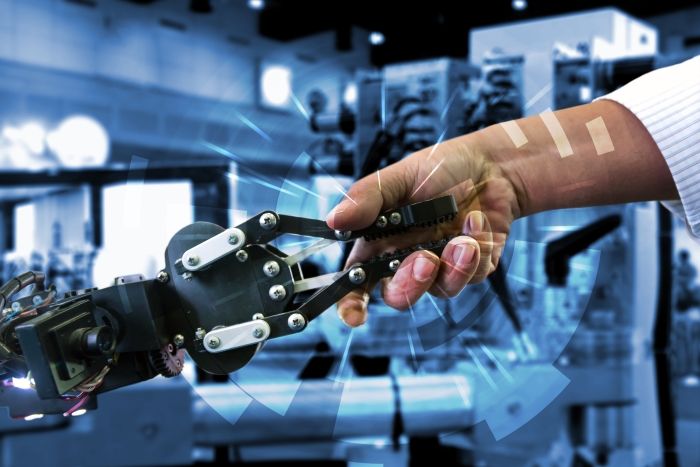 469,000 technicians: an impressive number. By rounding up just slightly, we could say half a million people. Between now and 2022, Italian businesses are ready to offer jobs to this many technicians, people with a technical school diploma and graduates in STEM (Science, Technology, Engineering and Mathematics) disciplines, but they are unable or have great difficulty finding these people in at least a third of the cases. Here is the point: our most dynamic industries invest in research, innovations, digital transformations, Industry 4.0 production and hi-tech services, doing whatever it takes to cope with the new dimensions of international competitiveness, but they come up against a limited labour market that does not sufficiently meet the challenges of development.

Other data from different industry sectors give rise to the concerning number of jobs available that cannot be filled in Italy, a country bogged down by zero growth (+0.1% of the GDP in 2019 as confirmed by the Bank of Italy just days ago) and a record level of unemployment for the EU area, especially among young people. “Fincantieri is looking for 6,000 professionals, technicians, carpenters and welders, but we don’t know where to find them”, says the Group’s CEO, Giuseppe Bono (Corriere della Sera and Il Sole24Ore, 11 July), in reference to development prospects deriving from orders that extend beyond the next ten years due to the acquisition of the French company, STX.

Even the clothing and luxury industries have stated that from now until 2023, they expect to hire 48,000 technicians earning between 1,700 and 3,000 euros net, but for one-third of these positions, there are no specialists available.

“The hi-tech industry is looking for 45,00 developers, analysts and telecommunication system designers”, is the title of the article in Il Sole24Ore (12 July). Information was gathered from ICT companies that claims the digital world is essential for the growth of manufacturing and service companies in order to remain competitive in the Industry 4.0 paradigm. The numbers are even higher if considering the automated sector, mechanical industry and mechatronics. “Robotics is looking for 96,000 professionals but one out of three can’t be found”, is the title of another article in Il Sole24Ore (13 July). The labour market isn’t ready now and it won’t be ready in upcoming years if only 17,000 people are registered at the technical colleges (technology) and are studying subjects linked to mechatronics.

The best businesses are going in one direction and the schools in another. This is where all the issues related to technical colleges re-surface, as these schools are snubbed by both families and governmental bodies. Just over 10,000 students are enrolled in technical colleges compared to the 800,000 that fuel the German production machine, which leads European manufacturing. Italy is struggling more and more to stay in second place with France trailing close behind after investing in industrial policies and therefore focusing more on training processes.

There is a direct correlation between digitalisation and economic growth, as documented for Europe by Osservatorio Agenda Digitale of the Politecnico di Milano (Corriere della Sera, 14 July). It has developed a chart showing the relationship between the annual GDP per capita growth rate and data from the Digital Economy and Social Index. Italy is below the line, just ahead of Bulgaria, Romania, Greece and Poland whilst Holland, Denmark, Sweden and Finland lead the way, followed by the United Kingdom, Belgium and Germany. Even Spain is doing better than we are.

So, let’s get back to the subject of training and public investments. Do schools look to industry, productivity and technical professions? No. The educational subjects chosen by the current government confirm this negative trend. For example: the work-related learning programme has undergone significant change and the new name eliminates the word ‘work’, as if it were something negative, an error, something to be ashamed of.

On the other hand, the political parties currently running the country jointly (Five Stars and Lega) are not new to making choices that are hostile to business, science, production infrastructure and competitiveness. Public spending is oriented towards welfare (earnings of citizens, “quota 100” for pensions) and insists on minimum wage (regardless of the damage the increased labour costs will do to businesses). There is increasing confusion about the flat tax but there is no talk of tax strategies to support innovation (as the previous governments did, both centre-right and centre-left, with excellent results in growth and competitiveness). And public investments are twisted to increase political power over companies in difficulty, such as with Alitalia, which is now back in public hands.

To sum up: the government is incompetent in economy, inattentive to productivity and oblivious to the need to make choices that strengthen our industry in the EU context.

All this leads to an additional problem: many of our most competent, well-trained and resourceful young people are fleeing Italy (we’ve addressed this issue many times in this blog). It’s true, there are initiatives to keep our “young brains” at home or bring some of them back to Italy, such as Talents in Motion, which was launched in the beginning of July in Milan by a dynamic head hunter, Patrizia Fontana, with the support of Price Waterhouse Cooper, a multinational consultancy firm, and numerous private businesses looking to hire qualified people. But the exodus continues regardless. Opportunities for professional success are greater and better abroad. And, in the absence of clear policy choices by the government as regards the economy, industry and taxation that favours business and competitiveness, the situation can only get worse.