The new Bocconi campus and the Universities of Milan: education as critical spirit and responsibility 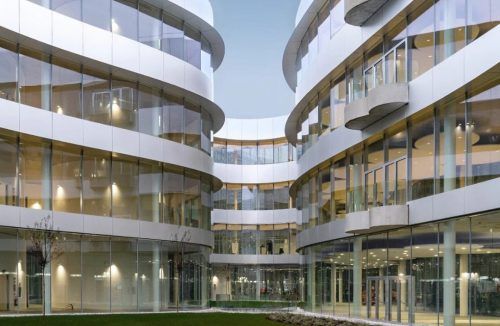 Praise of knowledge and good education “that brings about a critical spirit and sense of responsibility, the real antidotes to hatred and prejudice”. The words of the President of the Republic Sergio Mattarella at the inauguration of the new Bocconi University campus (25 November) naturally go beyond the account of the university ceremony (also marked by long and enthusiastic applause for Senator Liliana Segre: knowledge, among young people, is the best response to racism and intolerance). They capture the substance, in a moment of crisis for culture, politics, and the institutions of liberal democracy themselves: we need to know how to properly educate the elite of tomorrow, a new, open ruling class, responsible, aware of history and therefore clear-headed and passionate about building a better future. The cornerstones: polytechnic culture and industrial humanism, in full Milanese style or, better still, “tech humanism”, to use the term of Federico Faggin, the father of the microprocessor, one of the most successful Italian intellects in the world (Corriere della Sera, 20 November).

Milan, which has some of the best universities in Europe for training and research, is an ideal place to reflect on these issues. It has 200,000 students, arriving from all over Italy as well as, in recent years, many foreign countries (for the most part interested in Bocconi and the Politecnico). It appeals to professors and researchers from across the globe. We think of it as a dynamic and inclusive city, far from being a closed and aggressively competitive “city state”, but rather a welcoming one, as its history bears witness. It is increasingly common, in many public speeches by administrators, entrepreneurs, intellectuals and artists, to refer to the Edict of 1018 by Bishop Ariberto d’Intimiano: “Those who know what work is come to Milan. And those who come to Milan are free men.”

The universities are, in fact, growing. The Polytechnic invests in its traditional headquarters in Piazza Leonardo da Vinci and in the Bovisa structures, also looking with interest at the developments of Mind (Milan Innovation District, under construction in the areas formerly of the Expo, where the Human Technopole is already partially operational, specializing in biotech and life sciences, “a place open to all scientists,” according to Walter Ricciardi, coordinator of the Scientific Committee). The expansion of the Cattolica, which will double in size, will take place in a former police station in Sant’Ambrogio. The construction sites for the “glass campus” will be ready to begin building in 2020. Bicocca University is climbing the rankings of the best universities in Italy thanks to cutting-edge research, among other things, in medicine and materials innovation. The IULM has long been an open and well-run campus in the south of the city, between the Barona and the Navigli, currently undergoing a lively redevelopment. The Statale is undergoing remodelling and expansion, with the scientific faculties near the area of Mind, the update of the historical site on Via Festa del Perdono and new building sites of the Policlinico, 200 million euros of investment and a thousand days to finish the work. Punctuality in completing public works is becoming a standard in Milan, as evidenced by the rapid cycle of closing, restoring and re-opening the new hi-tech runway of Linate airport, exactly within the three month timeline. And Bocconi just opened its new campus.

A significant investment, 150 million euros, for 85 thousand square metres to host the SDA (the internationally recognized School of Management), a residence to house 300 students that will boost the current Bocconi capacity to 2 thousand beds for students and professors, with a sports complex with swimming pools and gyms. A cutting-edge project, from the Japanese studio Sanaa, with the direct contributions of architects Ryue Nishizawa and Kazuyo Sejima, all glass and transparency, but also with influences from the historic Milanese courts and arcades self-sufficient in energy terms. The opening of a new park and public spaces for city. And a true multinational collaboration: the workers who participated in the construction of the new complex represented 47 different nationalities.

Here is the point: internationality. An increasingly evident feature of the Bocconi. “Our university now has 14,952 students of 99 nationalities and 12,144 managers from 75 countries have come through the School of Management,” says rector Gianmario Verona. Of the almost 15,000 students, about a third are foreigners. And more and more frequently courses are available in English, most recently in the Economics of Climate Change.

“Integration,” Verona insists, “is formed from this fabric of young people who feel both European and part of their own country. In this respect too, Bocconi is an example for our country.”

A university qualified in the development of knowledge and skills and in cutting-edge research with an increasing sensitivity to the ethical and sustainability aspects of the economy. A culture built on the synthesis between humanistic knowledge and scientific knowledge, between education and business, an original but long-standing attitude that Milan in particular has borne witness to over time (from Leonardo Da Vinci to the Nobel Prize in Chemistry winner Giulio Natta). A significant undertaking of culture in development. An appropriate framework for the whole of Italy with a European vision: in the most dynamic area of the economy and of innovation. With Milan as the focal point but including Piedmont, Lombardy, Emilia Romagna and Veneto, where 54% of Italy’s spending on research and development is concentrated, 73% of national patents, and 600,000 university students (figures from Assolombarda). This is exactly where action must be taken to restart the economy and social development, in a system of interconnections with Europe and with the rest of the country, to be encouraged and engaged with a unified growth strategy.

President Mattarella, at the inauguration of the Bocconi campus struck this exact chord by arguing that “the concentration of universities in Milan is an asset for the city, the region and the country”. Broadening the discussion he added: “In this phase of complexity, naive tendencies towards simplification emerge. In history, change often causes isolation and desires for impossible returns to the past. The temptation to simplify what is complex is strong. Bocconi unquestionably has its role in this too.” With education that, returning to the start of our discussion, “must inspire a critical spirit and a sense of responsibility”: a sound university that serves society.