The reduced confidence in capitalism and the “socket head screw paradise” 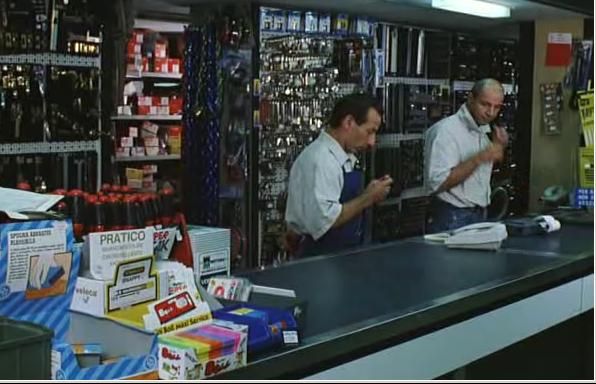 To try to face the crisis due to “reduced confidence in capitalism” it is worth focusing on the “socket head screw paradise”. This is how one could sum up – combining the results of research conducted by Harvard University with a place made famous by a successful film by Italian trio of comic actors Aldo, Giovanni e Giacomo (“Tre uomini e una gamba”) – a reflection on some recent meetings which focused on the topics of development, industry and the new balances of an economy in pursuit of sustainability.

Let’s start with reduced confidence. The Institute of Politics di Harvard has analysed the opinions of a broad sample of young Americans aged between 19 and 25 and ascertained that the majority, 51% to be exact, have a negative opinion of capitalism. Only 42% have a positive opinion. This is a surprising piece of information, which has had the American media debating over the last few weeks, echoes of which have already reached Italy (Mauro Magatti mentioned it in the 14th May edition of the Corriere della Sera). This is because it gives substance, backed by an opinion-poll scientific research, to the questions and concerns which have for some time animated public debate in more advanced economic countries: the growing intollerability of imbalances in economic paths, the insufficiencies of traditional economic market cultures, the reinforcement of very critical views of traditional finance and business. The lack of confidence shown by young Americans is severe. Indeed, it is there, in the country at the heart of capitalism, of the Stock Exchange, of the financial markets, of the “Wall Street lions” and aggressively ambitious corporate bankers, that this negative attitude is developing. The trend is on the rise. It has nestled in economic literature, but also in a number of social and political environments (as also demonstrated by the polls for the most radical democratic candidate in the race for the White House, Bernie Sanders): less space for financial speculation, more attention to the environment, people, social justice.

Obviously, the topic is also being discussed in Italy. As are the topics of the quality of economic development, of environmental and social sustainability, of corporate responsibilities, which are all finding growing attention. “Who owns the company?” in other words “the role of the independent advisor in a business with multiple stakeholders”, in more responsible corporate governance processes, was the topic of a meeting by NedCommunity (the association of independent non-executive administrators) at Bocconi University, with a strong echo of Adriano Olivetti’s lesson on corporate culture and ethics (values and not just the “creation of value” for stakeholders and the grown, albeit essential, of profit). “Corporate welfare in Italy after WWII” was at the centre of the debate at a conference promoted by the Aem Foundation, with the participation of historians, economists and those in charge of corporate foundations (with a keen eye on social sustainability of entrepreneurial activities). Industry, markets, innovation and new economic balances were discussed at the Aspen Seminar for Leaders, a few days ago, in Venice, with a special focus, during the concluding debate, on “creative Italy“ and “a good factory”. Good because it is well-designed, flooded with light, welcoming, safe and secure, attentive to saving energy which is in any case renewable, productive. Therefore also competitive, capable of keeping up with the most demanding international competition.

Some case studies include: the Pirelli Industrial Pole in Settimo Torinese (the “factory in the cherry garden”) “wired” with the research and service laboratories designed by Renzo Piano, the Zambon pharmaceutical plants in Vicenza and Bresso (the “factory among olive groves”) designed by Michele De Lucchi, the ABB “smart lab” in Dalmine and the workplaces in Sesto San Giovanni, the Maserati plant in Grugliasco and the production systems designed by Siemens, the Dallara factory in Varano de’ Melegari, on the hills surrounding Parma. These are all excellent paradigms of a “good company” where the quality of the industrial architecture ties in well with the hi tech and medium tech product and process innovations. Italian excellence in “knowing, knowing how and letting others know”, in the effective words of Andrea Pontremoli, who is the managing director of Dallara (racing cars). Echoes of the reflections and activities of Adriano Olivetti also reach this far, along with topics of “industrial humanism”, the prospects of the “civilisation of machines”.

A good factory, one that is productive and sustainable is therefore the indication one gets out of this. A reality which should be disseminated better to the Italian public opinion, while reinforcing the bonds between factories and schools. But also a series of indications about the prospects. One can’t produce “good things” that are “top of the range” unless these are in a “good environment”. And the quality of products and of the production sites can be effective leverage to disseminate good business culture and thus try to counter the crisis due to reduced confidence which has affected companies, the market economy, and “capitalism”.

Italy is a country of good entrepreneurs. Holding production and quality records in key development sectors, such as mechanics. “The socket head screw  paradise”, as it was jokingly referred to at the debate in Aspen, recalling the irony of Aldo, Giovanni and Giacomo and seriously thinking of the extraordinary capacity, the very best in the world, to produce for instance, special screws, the socket head screw to be exact (mechanical workshop established by Egidio Brugola in 1926, in the heart of Brianza, a company which is still run by the same family today).

“There, do you what I’ve decided to call my new department at Dallara? The very same ‘The socket head screw paradise’”, explains Pontremoli, tracking innovative and sustainable industrial scenarios of a “good factory”. Hence, capitalism saved by the socket head screw, right?