The virus pandemic has revealed the fragility of complex societies, but reaffirms the importance of science, knowledge and good healthcare 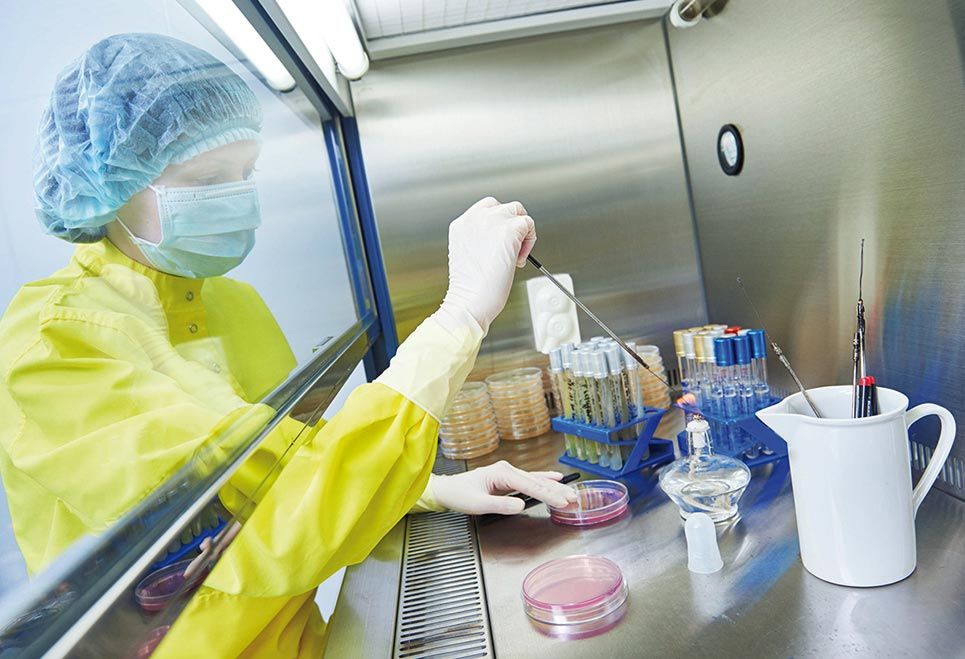 Like all infections, crises and tragedies of life and history, the coronavirus will pass. Sooner or later it will pass, with its load of victims and physical and mental pain. However, it’s essential not to miss the lesson that by now we should have started learning. If crisis means danger but also opportunity, risk and choice, then it is worth stopping and reflect on the values and significance of a real turning point in our social history. The main focus of this article is Italy, although we know full well that we are facing a global phenomenon.

The first aspect to deal with is fragility. The increasingly articulate and complex societies we live in are very fragile. It’s true that advances in science and technology and on all fronts of innovation provide extraordinary growth opportunities. But they are extremely sensitive to cracks, changes and unexpected effects. They exist on sophisticated digital ties, sophisticated relationship systems and fast physical and virtual interconnections. They suffer from the radical and controversial consequences of the increasing impact that Artificial Intelligence has on many aspects of the economy, work and everyday life. They show strong growth potential. But they lack management and control mechanisms.

The synergies between globalisation and digital technologies have been enhanced by the strength, the success, the exceptional nature of processes of change and a disruptive economic dynamism. But the complexities, contradictions, imbalances and inequalities that determine them have been neglected. Their fragility, to be precise. Now the global coronavirus crisis takes its toll.

Our lives, economic balances and social habits can be disrupted by a “black swan“, an unexpected and disruptive event, to use the title of a 2007 book by Nissim N. Taleb, scholar of epistemology and finance (the subtitle is “The impact of the highly improbable”). Our lives are fragile in the face of new rampant pandemics, fostered by geographical and social interconnections. Social relationships, including those within families, are fragile. The governing systems for all production processes and services are fragile, under attack from obscure cybercriminals. Communication and information mechanisms are fragile, as a result of the spread of fake news on social media, with unqualified, unsubstantiated views and judgements. Economic systems are also fragile, due to the international integration of new value chains: Italian companies have been successful players, enjoying positive outcomes so far, but now they face very difficult consequences, which will bring our industries, one of our most precious assets, to their knees. They need to be safeguarded and restored, with essential political choices that put them in a position to start growing again.

After years marked by a kind of delusion of grandeur about “the magnificent and progressive fates” of humanity (it’s worth rereading Leopardi, to reinforce our critical consciousness), we are now discovering our fragility. With dismay, with sorrow. With fear. But overall, this is a positive discovery. The awareness of fragility is in itself a strength and a lever for a potential revival.

“Power is nothing without control” was a successful slogan from Pirelli’s advertising in the early 1990s. Apart from its direct meaning, the slogan was ahead of its time in grasping the spirit of those long periods that were in the making, the transition from hard to soft power (this was well theorised by the political scientist Joseph Nye at the beginning of the 2000s). Its focus was not only on power (speed, technology, success, record-breaking performances) but above all on control, balance and responsibility. The slogan is again relevant today, as a general summary of a world that, having discovered its own fragility, looks for better, more balanced and sustainable development conditions.

During these rough times, there is another positive aspect we can focus on: the widespread emergence of trust in science, knowledge of healthcare and social mechanisms, and the competence of doctors and nurses. After years of reckless “no vax,” anti-scientific prejudices, praise for the “one is worth one” notion and arrogant displays of ignorance and incompetence (until it became the anti-elite movement’s political flag and a tool to further personal careers). Now, when faced with real life and death issues, we finally return to listening to the words of those who know, who have studied, who understand what to do and how to do it. The enemies of knowledge are left in a corner.

A few other considerations emerge from this regained trust in science. Science is not the place of undisputed and indisputable truth. The scientific process is one of trial and error, research, experimentation, errors and resumption. The advancing expertise builds on prior knowledge. Relativity is a fundamental principle in the processes of discovery, towards uncertain horizons, to be confirmed, verified and then to be overcome once again. Scientists aren’t magicians (we’ve had too many displays of magical thought, even during these confused years) or miracle workers. Rediscovering science, restoring its value and putting it back at the centre of public and private interests, with all its burden of doubts and its structural condition as a research world, also means knowing how to make responsible public choices.

Thinking of science as a “common good” requires large-scale, long-term public investment in training, research, innovation and technology transfer. This would mean sending a substantial part of public, national and European expenditure in this direction, as well as calling for private investments. Just the opposite of what has been done so far.

Research as a common good. Like schools. Like healthcare. Essential aspects of a cohesive and responsible society.

In the face of these very difficult trials, the national health service is showing its good side, thanks in part to the sense of duty and culture of selflessness of doctors and nurses. These are social assets that must be safeguarded and strengthened. In Lombardy, Veneto and Emilia Romagna they are also based on a close public and private relationship which plays a role in an original synthesis of competition and collaboration, widespread assistance and subsidiarity. This is a path that we must continue to follow.

If coronavirus is our “black swan” (we wrote about this in last week’s blog), we must acknowledge that we can overcome our uncertainties and fragilities. We can even rediscover a strong community spirit, one of cohesion and national solidarity.

An exemplary quote is currently widely shared on the internet: “Our first duty is to fight with all our strength for solidarity and national reconstruction.”. It’s a quote from Alcide De Gasperi, prime minister of post-war Italy, an Italy ready to rise from the material and moral rubble of war and fascism and start living again. It should be treasured.